The event is will bring 7,000+ people to the Square 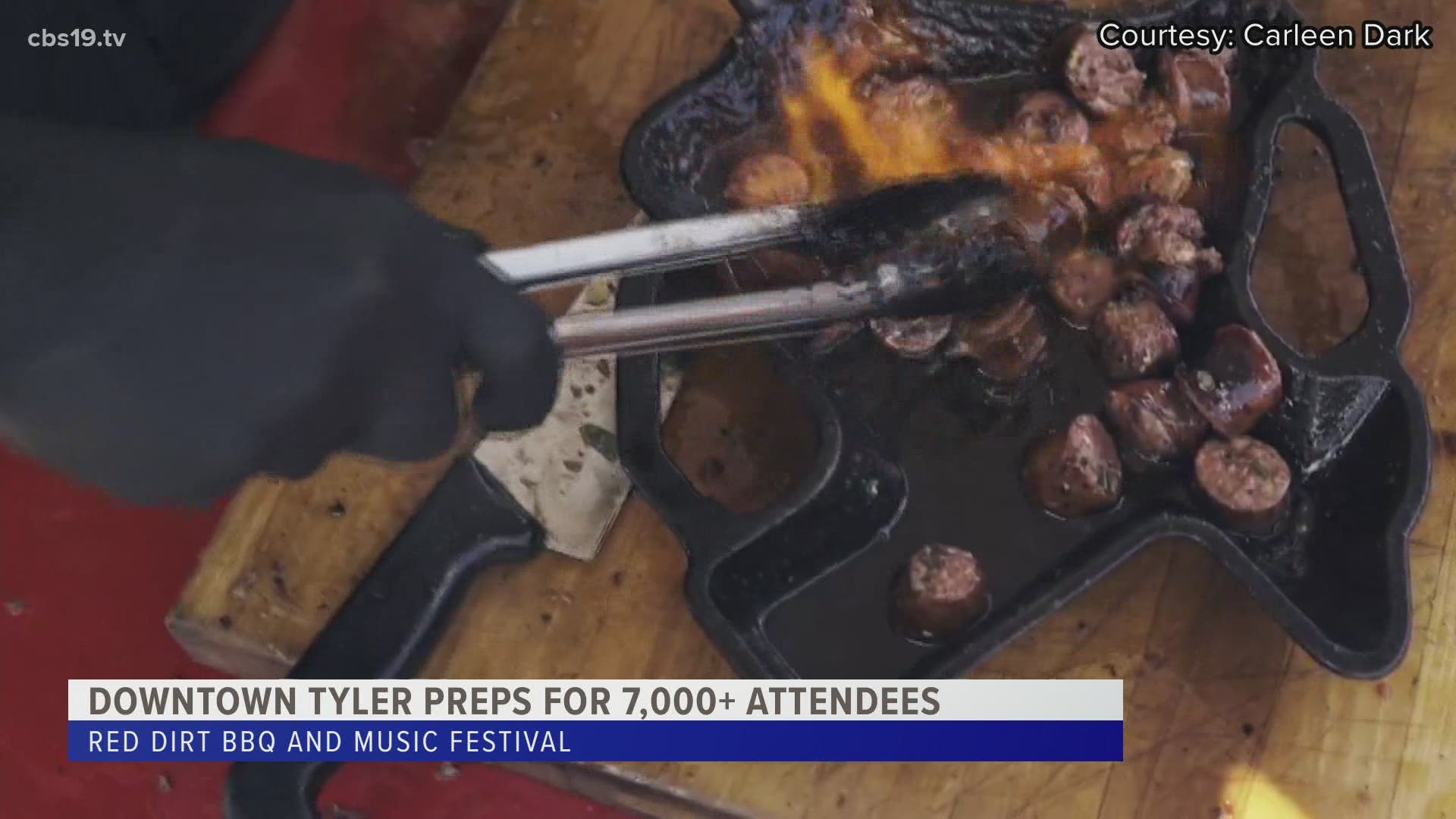 TYLER, Texas — 7,000 attendees vendors are in for 12+ hours of music and more BBQ than they can eat at this year's annual Red Dirt BBQ and Music Festival. Tickets sold out within five minutes.

Carleen Dark, organizer for the festival said, “There won't be a bad seat in the house.”

Last year, Red Dirt was cancelled due to the pandemic but is back this year with extra safety precautions.

Dark said, "We have rearranged the layout and redesigned where the concert goers can sit and stand. And we have much more space. We did that initially, for better social distancing.”

Red Dirt happens to fall on the same day as election day in Smith County and has several times in the past. The Hub polling location is also about a block away from all of the festivities, but there are some efforts put in place to make sure these two events do not interfere with one another.

Festival goers are able to come in and out of the event as they please, which allows them the ability to take a break, go vote and then head back into the festival when they’re done. There will also be blocked off parking spaces at the Hub designated for voters only.

Safety at gatherings this large can be a concern. Dark says that at any given time, there will be about 35 officers in uniform and undercover monitoring the event.

As for the vendors, Lance McWhorter, owner of Culture ETX, said he's offering some backup of his own.

“If they're short something, if they're missing an ingredient or if they need, you know, the proverbial cup of sugar, just come over and knock and we got you,” he said.

If you’ve been to the Red Dirt festival before, you may be used to bringing your own tray to collect barbecue samples throughout the day. This year, you’ll need to leave the tray at home as organizers try to cut down on food waste they’ve noticed from previous years.

Below, see a layout of the festival including street closures during the festival. If you’re looking to vote, consider avoiding downtown all together and visiting one of the 14 other polling locations in Smith County. You can find those here.