'I am so proud of you': Opal Lee joins hundreds in North Texas to celebrate Juneteenth 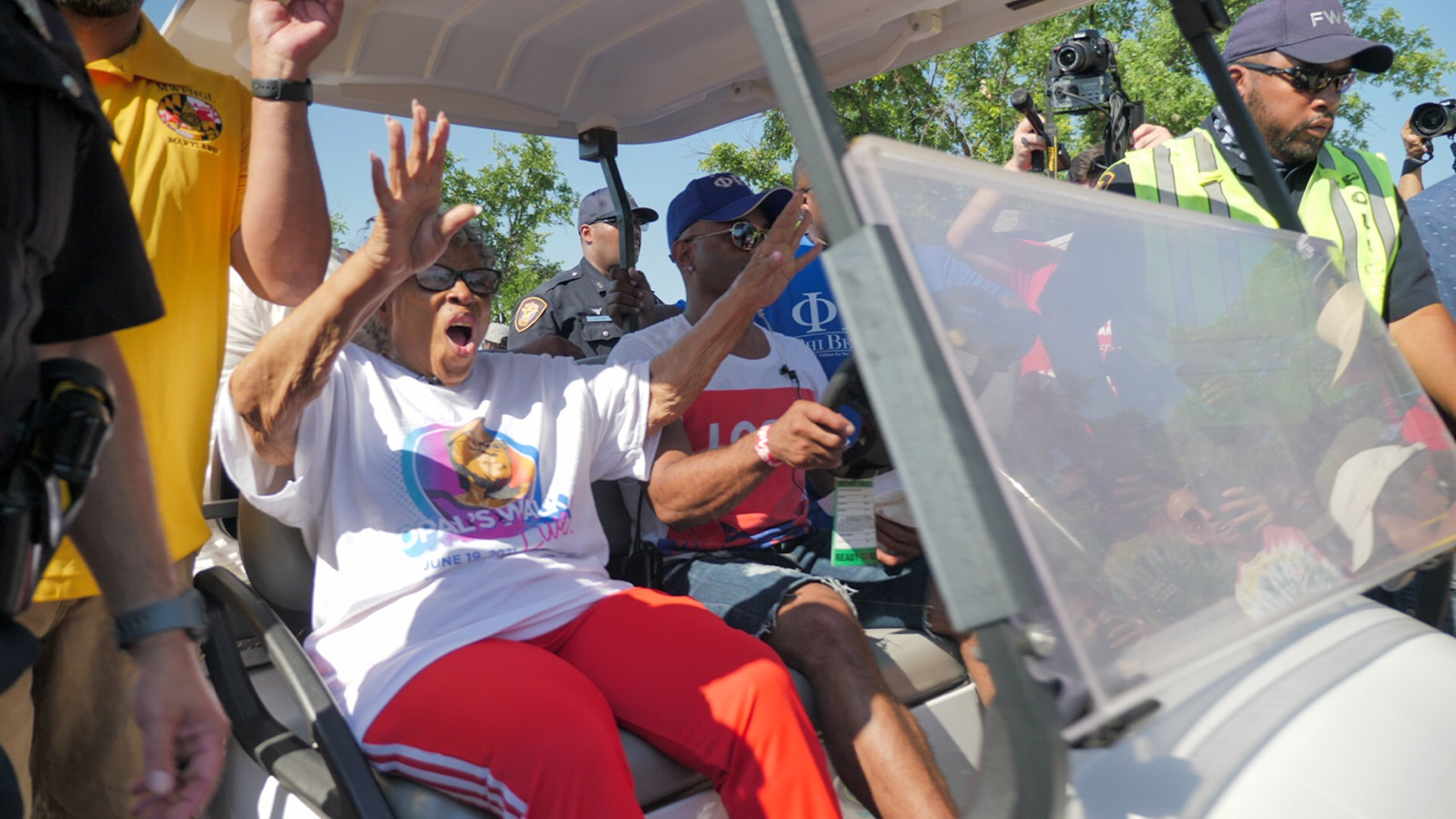 FORT WORTH, Texas — Opal Lee found herself surrounded by hundreds of people Saturday afternoon, walking through Fort Worth in honor of Juneteenth becoming a federal holiday.

Lee has spent decades fighting to make Juneteenth a federal holiday, which marks the day that the end of slavery and the Emancipation Proclamation were officially recognized in Texas on June 19, 1865.

On Friday, Lee was at President Joe Biden's side when he signed the bill making June 19 a federal holiday. He gave her one of the pens used.

Lee walked 2.5 miles Saturday afternoon, as June 19 was 2.5 years after President Abraham Lincoln signed the Emancipation Proclamation and 2.5 months after the end of the Civil War.

Deborah and Larry Hayes are a pair of California grandparents who came to Texas to see their 5-month-old grandson for the first time. They decided to take in a little history, too.

"We're just thankful that we're here to see the beginning and the first annual Juneteenth," Larry Hayes said. "We saw [Lee] on TV with the president, so it will be good to see her here in person."

It will be the first Juneteenth federal holiday, which Lee's sorority sisters had no doubt would become a reality.

"It was my simple way of saying thank you for doing all that she does," Cortez said. "Her conviction and her love for her community inspired me to do this painting for her."

On a day many were there to show their appreciation for Lee, the civil rights activist couldn't help but show thanks for everyone else.

"I'm so grateful for all of you beautiful people," Lee said to a packed crowd. "I am so proud of you."

She said she is not only proud but hopeful.

"We're going to continue to make this the best place in the whole wide world," Lee said.