SFA prepares for the NCAA Tournament 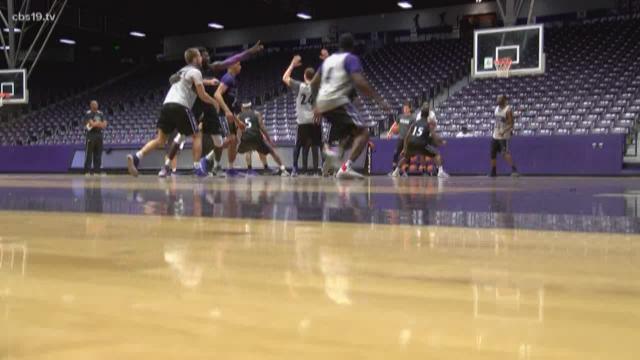 NACOGDOCHES- If history as taught us anything, the Stephen F. Austin men's basketball team should not be slept on in the NCAA Tournament. The Lumberjacks are more than capable of pulling off upsets, because they have done it in the past.

"There's been a lot of upsets in the NCAA Tournament and it's all happened right here too," stated head coach Kyle Keller. It was just two years ago when SFA upset West Virginia in the first round.

"We're focused as a team. We're confident. We feel like we're going to go in there and beat whoever we play," stated senior guard Ivan Canete.

In the first round, SFA is set to take on #3 Texas Tech. Though Tech may have the higher seed, the Lumberjacks aren't intimidated one bit. "We're preparing for Texas Tech. Our coach has a good game plan and we're going in there ready to fight," explained junior forward TJ Holyfield.

Ty Charles is the lone play on this team that has been here all four years, and he sees something special in this year's squad. "This is the most talented team that I've been a part of....this is a good team."

SFA will take on Texas Tech this Thursday night at 6:27pm.