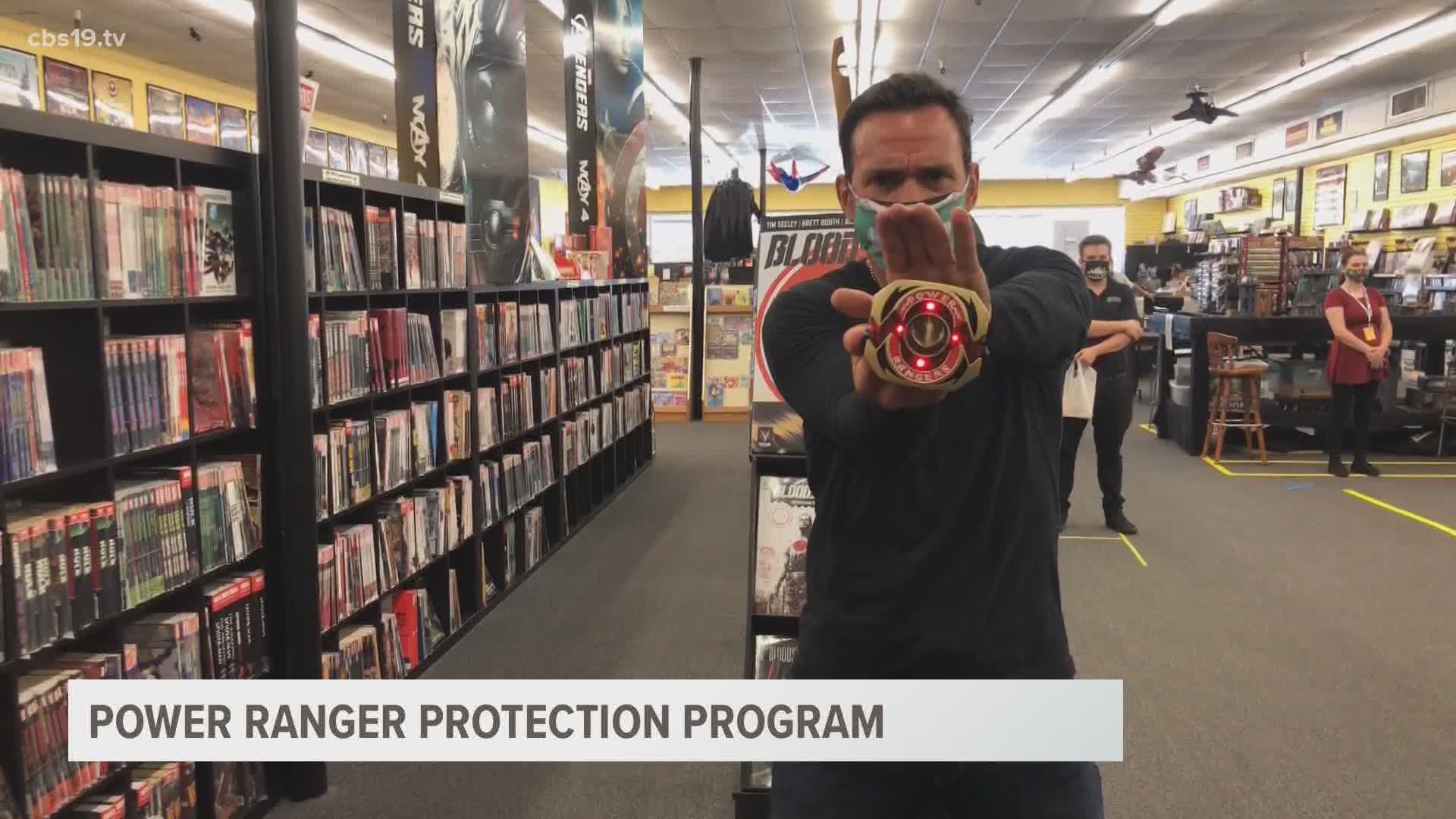 TYLER, Texas — The pandemic has affected small businesses all over the country — and comic shops are no exception.

David Seigler, owner of Ground Zero Comics in Tyler, says the pandemic has impacted his business because it's affected his customers.

“People who lost their jobs now are no longer customers,” said Seigler. “I understand that. But that’s what every business is facing.”

So when Seigler got the call that the original green Power Ranger, Jason David Frank, wanted to come to his shop to help bring in business, he was thrilled.

“Oh my first response was absolutely,” Seigler said. “I had already heard that he was doing this. He was out there.”

As a business owner, Frank understood the effects the pandemic was having on small businesses like comic shops.

Aware of the Payroll Protection Program that small businesses were trying to get, Frank used his love for comics to birth an idea and create his own PPP to do a comic shop con tour and help bring in customers to comic shops.

He created the Power Ranger Protection Program (PPPP) to help comic shops by bringing in people to see him.

“And I thought the best way to do it,” Frank said. “Call the shop, pick up the shop or shops that are in need. I just show up for free, I raise money. Guys can get their stuff signed or not. I just get a chance to meet people.”

Frank has made sure that all events are as safe as possible by enforcing social distancing and masks.

The events also use numbered tickets and the Telegram messaging app to let people know where their place is in “line” and when their turn is coming up.

“The way it works is you come up and you’ll just get a number,” said Frank. “And then you’ll get a ten minute alert and hey, it’s time to go meet JDF.”

Frank believes that during the pandemic it’s important to have a mental connection with people.

“The vibe between me and you right now six feet apart,” Frank said. “I can feel it. It’s like instruments coming together and feeling the energy.”

After the event is over, Frank takes a portion of the money he makes from from the day and gives it to the shop.

“I see fans. I raise money. At the last shop left them a couple thousand dollars,” Frank said as he bowed. “Rode off in the sunset and said thank you very much.”

Merchandise is also left for the shops to also help bring in revenue.

Frank is working with other former rangers to branch the PPP out to help other comic shops in different states.

“I reached out to Catherine, Nakkia, Ciara, Jason Faunt,” Frank said. “I suggest them staying in their hometown and working our radius out, two hours, three hours, four hours.”

The PPP is a giving program, says Frank.

“If you’re not willing to invest, give and don’t expect then you belong to the PPP.”

Seigler believes Frank is setting an example for everybody else to pull together.

“He’s doing his part and really this is something everybody needs to do their part in.”