Two Malaysian Tigers at Zoo Knoxville, Arya and Bashir, started sharing their living space this week as their courtship continues. 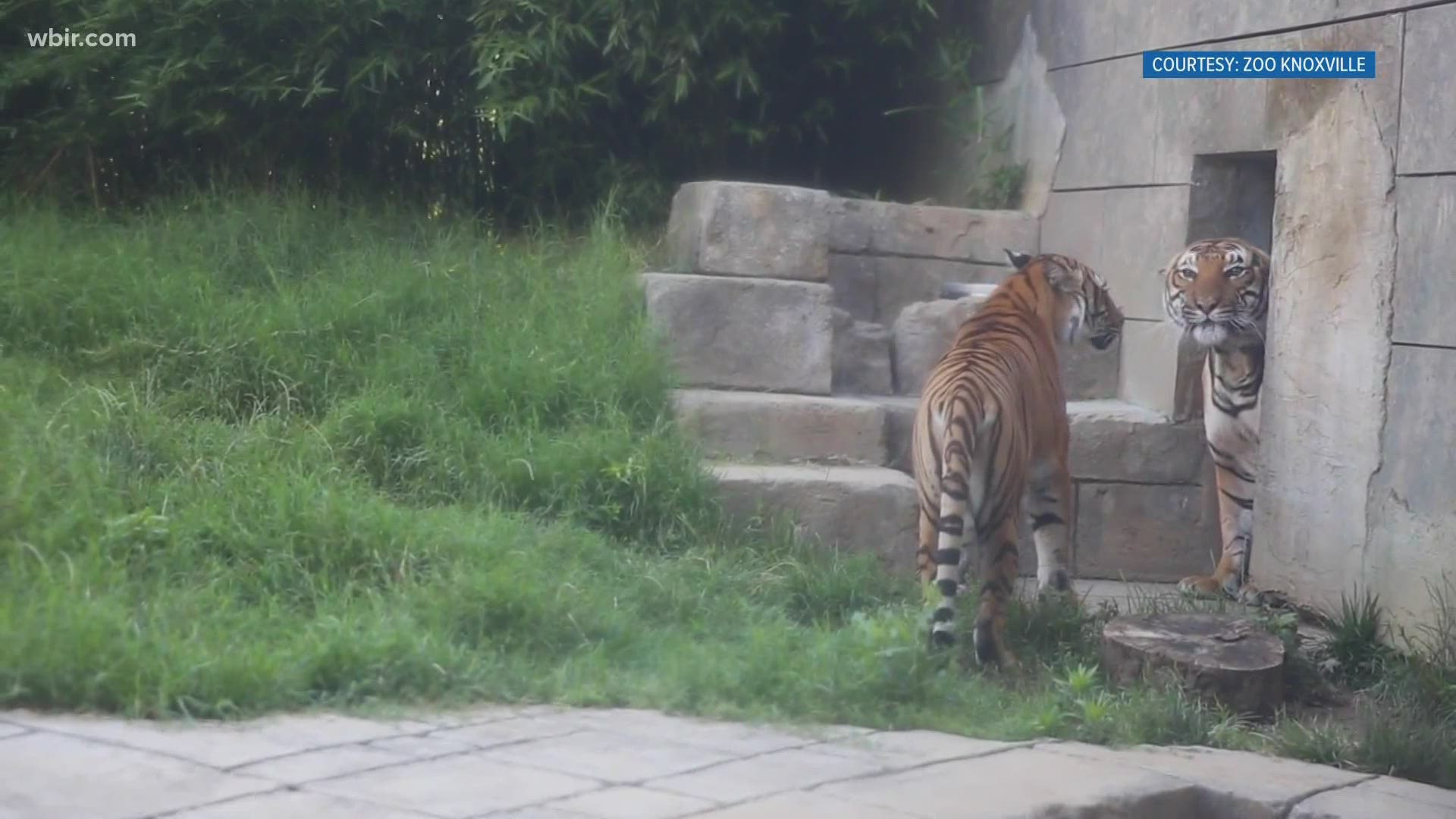 KNOXVILLE, Tenn. — According to officials at Zoo Knoxville, two tigers at the Tiger Forest exhibit are starting to fall in love. They took the next step in their relationship and starting sharing their habitat Friday.

Handlers have been trying to court Arya with Bashir since late 2019.

Officials said tigers usually only approach each other for mating, which made putting them together risky. They could have gotten aggressive with each other and ruined their relationship. So, they first brought Arya and Bashir together in dens where handlers would have more control.

Then they constantly checked on Arya and Bashir's behavior, wary for signs of aggression. Instead, officials said they noticed signs that Arya and Bashir wanted to spend time next to each other. They also noticed "chuffing" between the two, which is a kind of greeting between tigers.

They said that Arya and Bashir may be so used to being at the zoo that they may not be able to see each other the same way they would in the wild.

As part of that effort, they let the tigers live together. Officials said the staff are standing by with distractions such as cowbells, paintball guns and fire extinguishers in case any tiger's behavior starts seeming aggressive. They'll use the items to distract the tigers and stop any aggression from escalating.

"She seems a little more playful, and she just seems really happy to be with him," officials with Zoo Knoxville said.

There are fewer than 400 Malayan tigers left worldwide, according to Zoo Knoxville. So, conservation programs can be essential for the species' survival.

RELATED: Zoo Knoxville is in the running for best exhibit and it needs your help