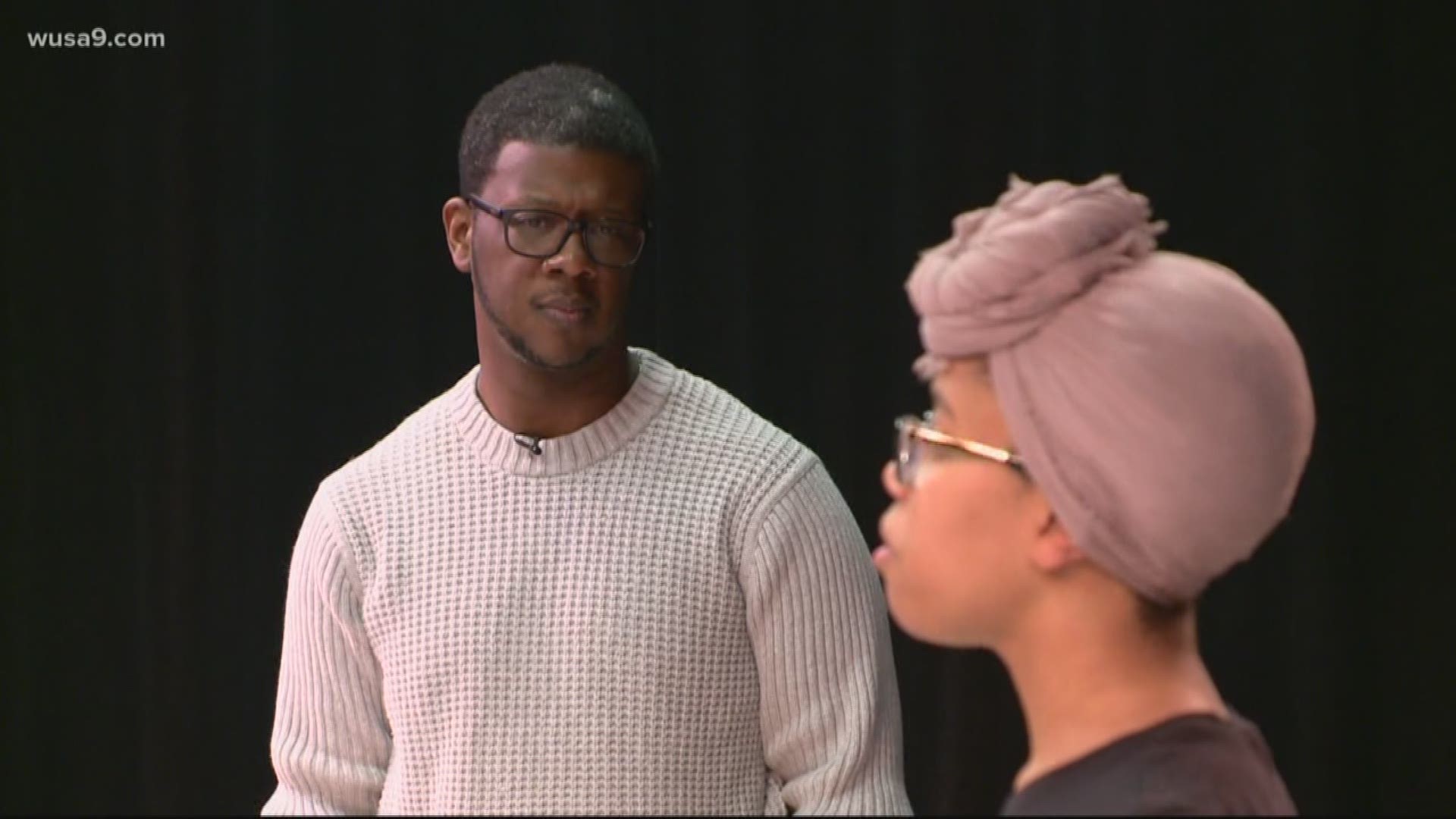 McAllister is a classically trained baritone and a versatile actor/singer who has performed as a leading man with just about every notable theater company in the DMV area, including Signature Theater, Ford’s Theater, Olney Theater,  Arena Stage, and even Washington Opera.

On Monday, McAllister was a featured master class artist at the Metropolitan School of the Arts' (MSA) open house. The Academy at Metropolitan School of the Arts is a college preparatory performing arts conservatory in Virginia for budding young artists who are dedicated to high caliber academics all while gaining a pre-professional performing arts education.

Then open house master class delivered a powerful session that honed in on students' skills, ability, presence and the opportunity to change lives through performing arts.

"It was great today. I would take five more hours of it," McAllister said. "This is a very extended snapshot of what real life is like for [the students]. They're actually getting the benefit of hearing my thought process versus walking in and walking out."

McAllister notes that this generation of students participating in theater arts brings are seen as being a 'triple threat' -- bringing the concept of singing, dancing and acting to the scene.

"The thing that Metropolitan is offering is revival of this idea [of being a triple threat] that it's not ok to be 60%. It's 100% all or nothing," McAllister said. "This generation is going to redefine what the theater scene is. What I saw today, these kids are ready to do anything."

1 / 12
Glenn Cook
Kevin McAllister's masterclass at the Academy @ Metropolitan School of the Arts.

McAllister made his Broadway debut in the musical Come From Away and is about to take the stage in the recently announced cast of Caroline, or Change that opens at Studio 54 on March 13th and moves to Broadway on April 7th. He is also a talented director having served as Director for every ArtsCentric production since its founding, including recent critically-acclaimed productions, Elton John and Tim Rice’s Aida and Chicago.

In this upcoming theater season, McAllister will serve as Director along with Keegan Theater, Nextstop Theater and Olney Theater.

McAllister received his bachelor's degree in Music from Morgan State University and has served as an Adjunct Professor in Musical Theater Techniques at Howard University.

RELATED: Take a look at the variety of theater events this week in DC

RELATED: Study found 2019 was a big year for female directors