Fewer people are showing up for their first doses, which begs the question: If they're still waiting, will they get vaccinated at all? 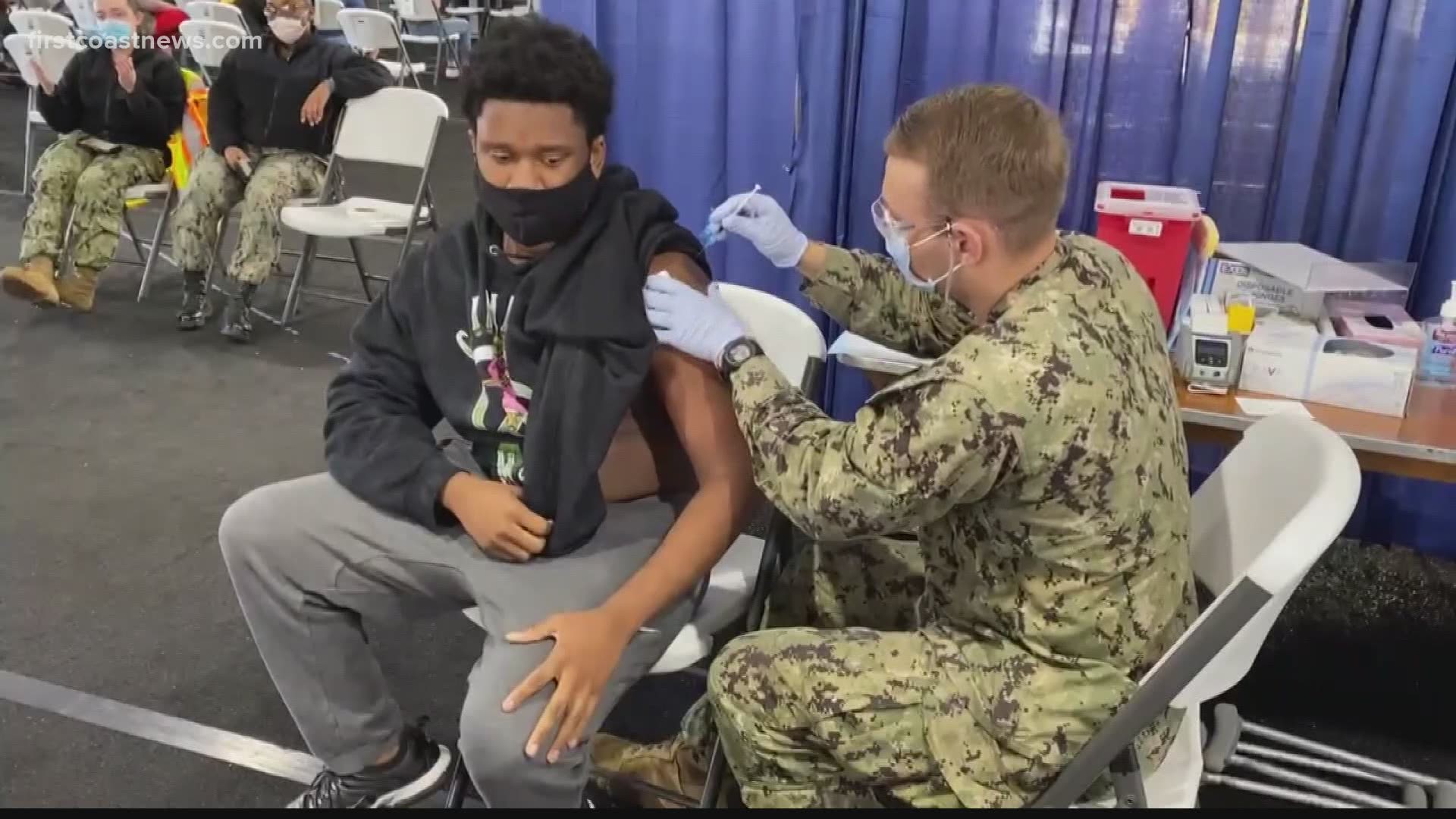 JACKSONVILLE, Fla. — It's the first week of second doses for people who rushed to get their COVID-19 vaccines when they became available to everyone 16 years old and up in Florida.

However, now fewer people are showing up for their first doses. This begs the question: If they're still waiting, will they get vaccinated at all? The CDC announced last week half of Americans are now vaccinated.

At UF Health COVID-19 hospitalizations are slightly up, but they aren't nearly as high as they were in January. They have around 20 COVID-19 patients at a time.

First Coast News talked with Carter Deken when he was getting his first dose Monday. He says he didn't wait 21 days to get the shot because of vaccine hesitancy.

"I just work from home so just a matter of just getting up and going to just do it," Deken said.

Florida Department of Health data shows people ages 25 to 34 have the highest number of positive cases; they're also one of the groups with the lowest vaccination rates, besides people under 24 and over 85.

"There could be, moving forward, a contingent of people that continue to get and transmit COVID-19 long term because they're unvaccinated and I think we need to be prepared for that reality," said UF Health Epidemiologist Chad Neilsen.

Neilsen believes there will be more vaccination requirements such as more cruise lines and colleges requiring proof of vaccination. He also expects travel requirements to be impacted, such as with the Bahamas, which will reportedly be allowing visitors to skip a COVID-19 test if they got the vaccine.

Deken got vaccinated for another reason.

"My mom, she actually has an autoimmune disease so she already got hers but I just wanted to get mine mostly for her," he said.

Some people say they are hesitant because of fear of long-term effects from the vaccine. First Coast News asked Neilsen about this.

"This idea that we don't know what it's gonna do long term, that was the same thing that was said about the chickenpox and the shingle shots," Neilsen said.

He says there tend to be no long-term effects with any vaccines on the market.

RELATED: County-by-County: Where you can get a COVID-19 vaccine in North Florida