A Tyler resident posted on a Facebook group saying all she wanted was a coffee mug with someone else's family portrait on it. 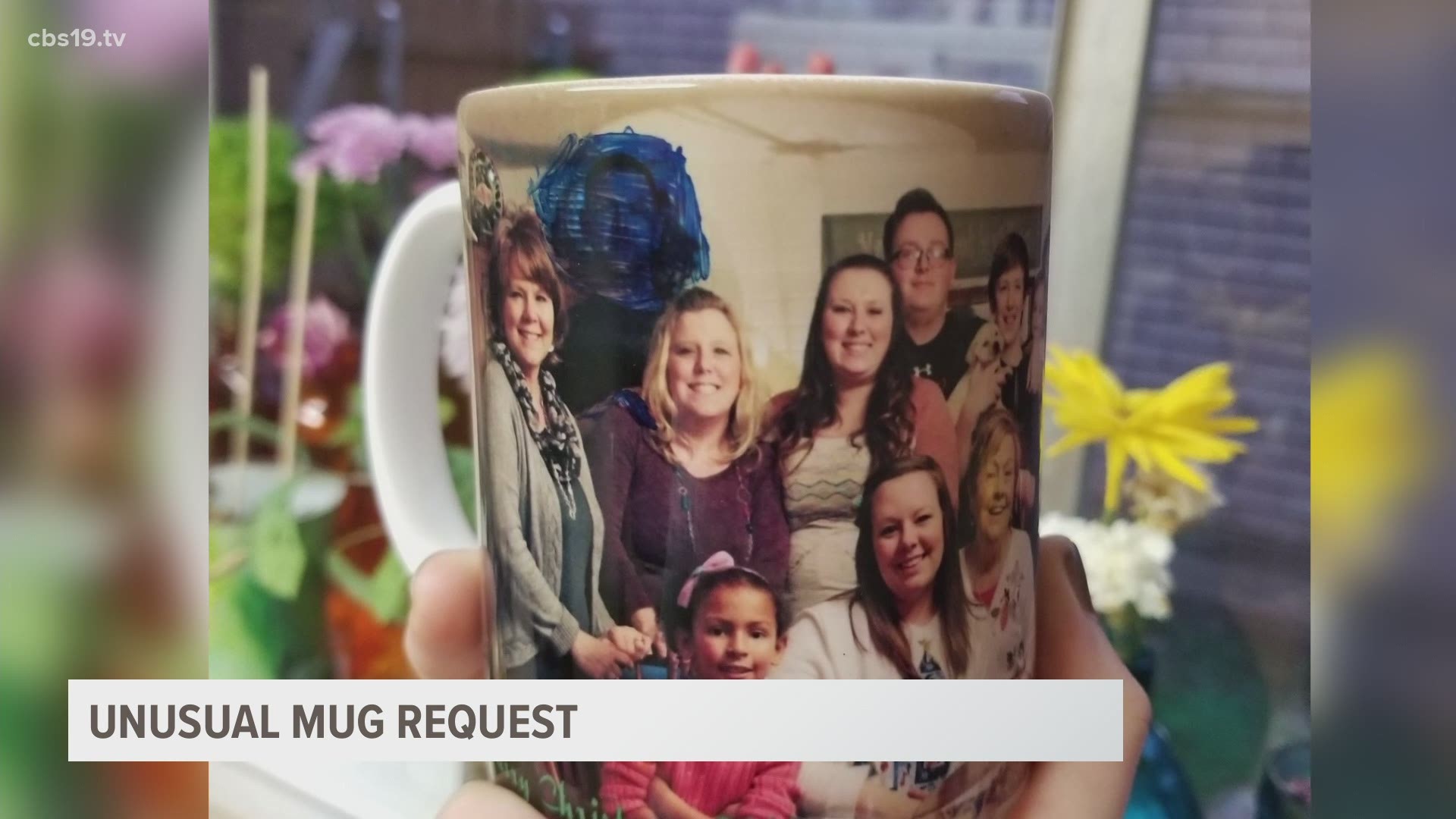 TYLER, Texas — The question on the table was "What is your dream find?" and it was posted to Weird Secondhand items that need to be shared, one of the largest Facebook groups in the nation.

Savannah Garnett is a Tyler resident who has been a member of the group for years. When she saw the post she commented saying all she wanted was a mug with someone else's family picture on it.

"Especially a family that looks nothing like mine," she said. "A lot of my dishes that I have at my house are vintage they are perfectly curated so I thought that would be really funny to have that like in my cabinet too and it just so happened that there was another member of that Facebook group who said 'Hey I have a mug but it comes with a caveat, and I said ok, I'm interested."

Garnett said she did not expect such a large reaction when she posted that she wanted a mug with another family's picture on it. She said she has had about 30 people reach out to her wanting to send her mugs but she declined those offers. The mug that she accepted was so unique she could not pass it up.

"She goes, 'It has my ex-husbands face crossed out in it, do you still want it?' and then she sent me a private message," Garnett  said. "She showed me the mug and I was enamored and I said, of course, I have to have this in my collection this is so cool."

Not only did she get a mug, but she also got the mug with the typical family drama associated with it. Savannah posted the photo of the mug to the secondhand finds page and it quickly went viral.

Credit: Savannah Garnett
Savannah Garnett got a coffee mug with someone else's family portrait shipped to her home after a Facebook user posted a question to a group asking what their dream find at a thrift store would be.

Garnett has since taken the post down because she kept getting messages from other people wanting to send her their family mugs.

She said being a member of this group has given her a community to interact with, she says it's not about the mug, it's about the connections and friendships she's made.

"If anybody can find their bliss in this time to chase it safely if they can do that and I was just so happy to have somebody reach out to me randomly and want to fulfill my wishes," she said.

The Facebook group has more than 2.1 million members from all over the nation. They post quirky finds at thrift stores and occasionally will ship and exchange unique items.