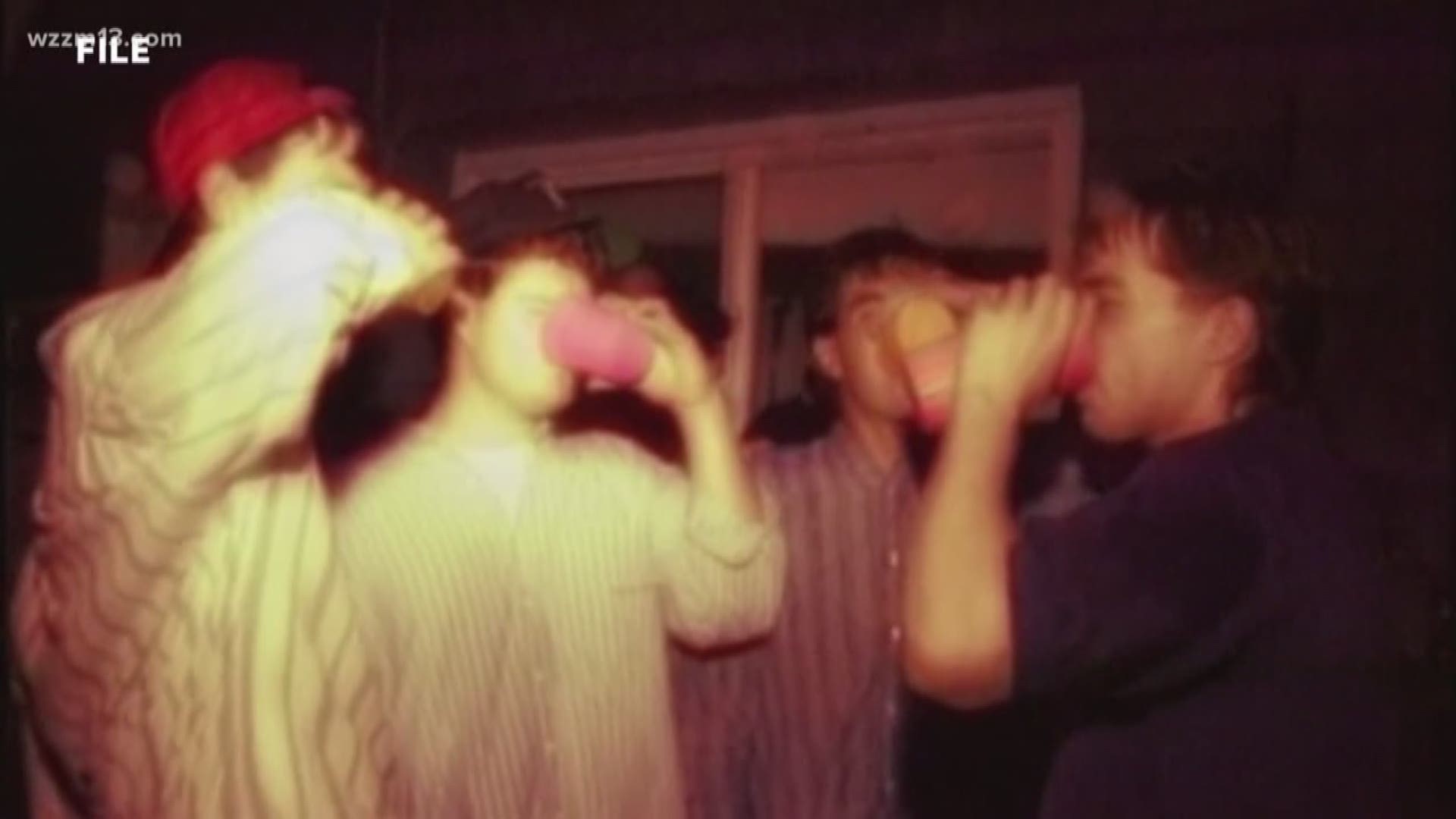 GRAND RAPIDS, Mich. — With prom season ending and high school graduations picking up, it's a time of the year where many young people are looking to celebrate -- often times with alcohol.

Dr. Matthew Clark shares some information from the "Quit Trying to Make Teen Drinking Safe" by Elizabeth Heubeck and tackles some of the myths surrounded by underage drinking.

Well-intentioned efforts to keep adolescents safe while consuming alcohol: Thinking that it's better in a supervised, known place than an unknown setting.  Social scientists have discovered that it actually helps to fuel an epidemic of teenage binge drinking.

Although many parents of today's teens drank when they were young, data show important differences between teen drinking then and now.  In 1991 about half of high school students reported consuming alcohol, according to Center for Disease Control and Prevention.  Today, less than 18% of high schoolers drink.  That 65% is good but here's the bad side: many of today's teens who choose to drink do so in excess.  More than half report episodes of binge drining--consuming fiver or more drinks at a time.   Loyola Marymount University researchers report now it's more black out drinking...drinking to get extremely drunk.

Parents who attempt to provide safe parameters such as having teens drink in the basement with friends actually increase the likelihood their teens will become binge drinkers.  Evidence demonstrates that teens benefit from waiting even a few years before they start drinking.  and parents have more influence over their teens' decisions on alcohol use than they realize.

Scare tactics do not work.  Teens disengage from shock tactics.  Factual information in straightforward manner is more effective.  For teens today information is the most powerful tool.

The Human brain not fully formed until adulthood which is about the mid 20's. Images show that heavy drinking teens performed more poorly involving tasks of attention, memory, and executive functioning.

Parents are the number one protecting factor.  Teens least prone to heavy drinking had parents who combine warmth and high accountability and knowing where their teens are.

Myths:  If I can teach them to drink at home they'll be fine.
Reality:  Teens who use alcohol before age 15 are six times more likely to become alcohol dependent than those who wait til after age 21.

Myth:  Parents sometimes think other parents behaviors and opinions are more lax than theirs
Reality:  Most parents have similar beliefs but can be made to feel that they are being too strict, protective because it appears they are the anomaly

Have multiple small conversations that start early, when kids are about 9 or 10 years old.  Well before likely to start experimenting with alcohol.  Present in a caring manner.  Tell your teen I want what's best for you.

►Make it easy to keep up to date with more stories like this. Download the 13 ON YOUR SIDE app now.