She lost her sight when she was 12. Now she's a blind trumpeter in the biggest marching band in the U.S.

After years of standing on the sidelines, Milka Yohannes is shining on the field with the Allen Escadrille and inspiring other teens with vision impairment. 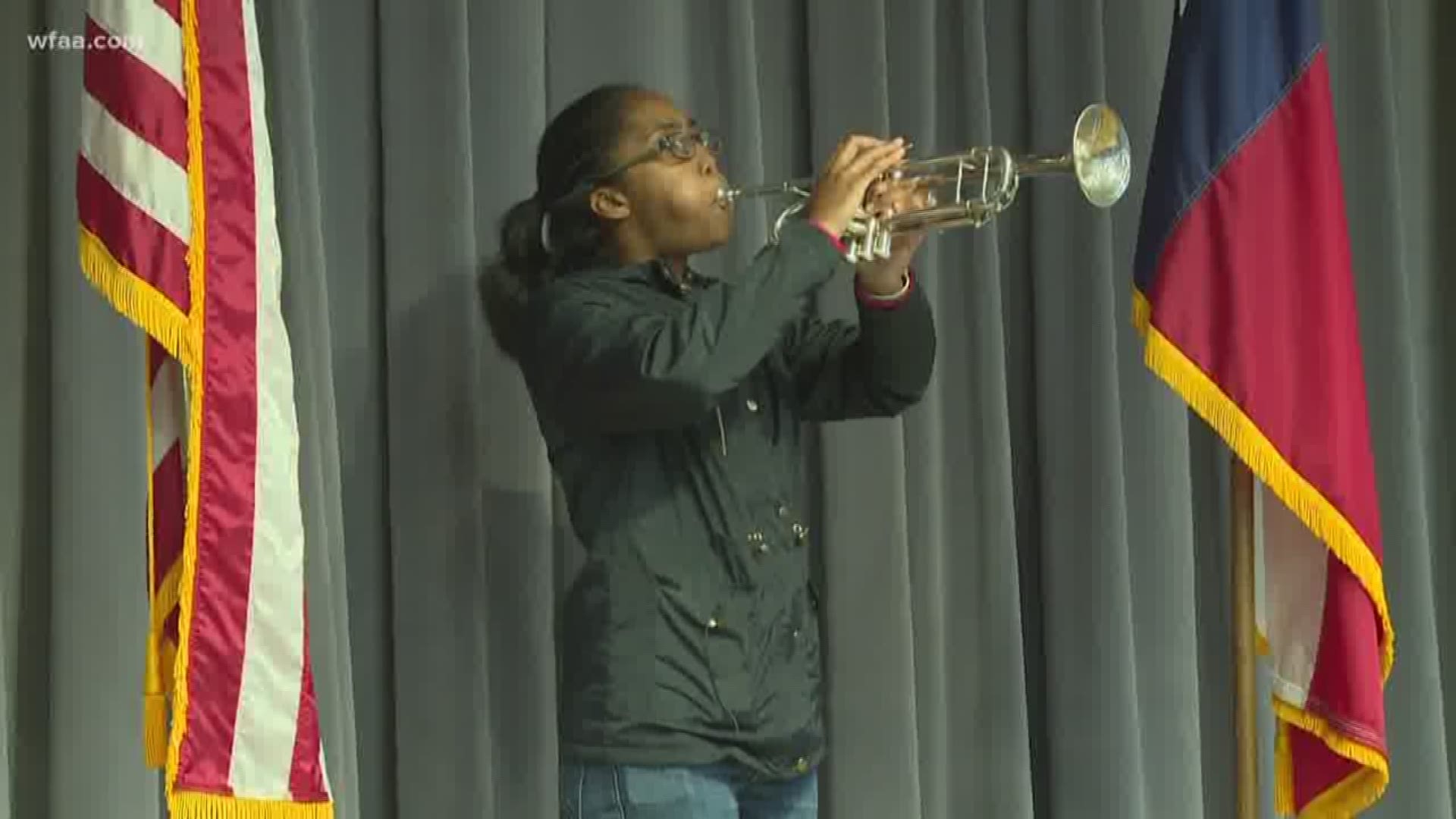 More than 800 kids crowded the field when the Allen Escadrille, the biggest high school marching band in the U.S., performs. But it used to be that there was always one student left out.

Senior Milka Yohannes lost her vision when she was 12 due to an infection, but she believed that was no reason to walk away from her marching band dreams.

“I thought maybe I could be the first one who could try it and I could maybe be an inspiration to other people if they wanted to do it just to show it was possible,” Yohannes said.

That's why, sophomore year, she took her case to the director of bands at Allen, Dr. Philip Obado, who had just taken over.

“I think kids can do anything," Obado said, "but I had reservations. So my first year we gave her what we call a reserve spot.”

Obado says his concerns were for her safety.

"When you have 800 kids in the band, there’s not a whole lot of room on the football field so that was our biggest concern, her safety,” said Obado.

With a band that big it can be hard to see where you're going, Obado says, and even more treacherous when you can't see at all.

Out of 120 trumpet players Yohannes was number two. Still, as a reserve, she relegated to playing on the sidelines.

Until her junior year, when Dr. Obado made her a full-time member of the marching band.

A friend guides her around the field, but by all accounts she doesn't need the help.

“She doesn’t. She knows where she’s going," Obado said.

Emily Ashworth, the friend who guides Yohannes, agrees that Yohannes could it on her own.

Dr. Obado says what Yohannes has done is nothing short of remarkable.

Yohannes, though, didn't think much of it until a competition last year when she was approached by a mom from a competing band.

"She got really excited cause she says she also has a daughter who’s visually impaired, who’s interested in doing band," Yohannes said. "And she was really excited to see that I did that.”

Milka hoped if she worked hard she could inspire other visually impaired students and now she can clearly see she has.