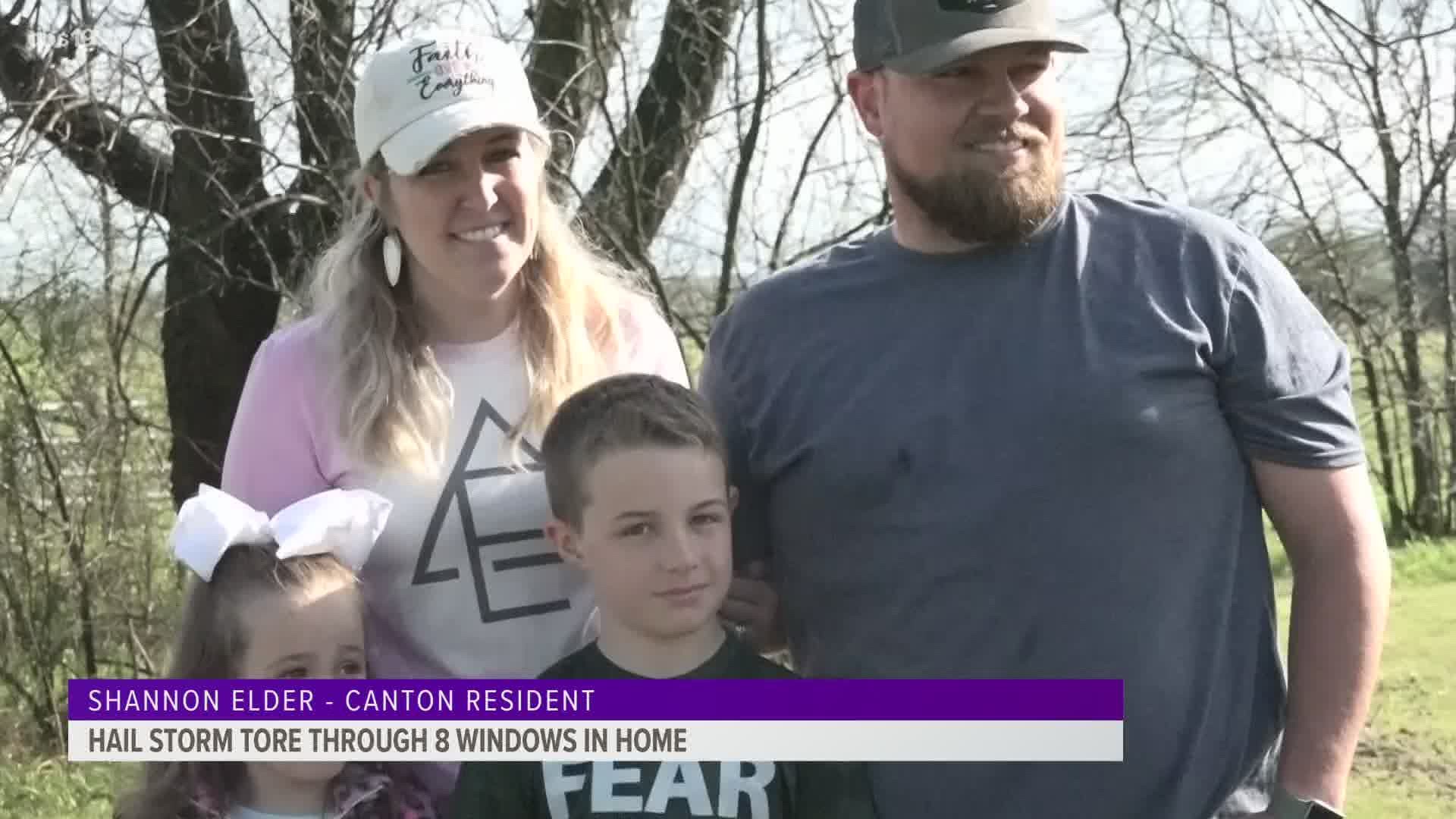 CANTON, Texas — It was a moment of terror for the Elder family, as tennis ball size hail destroyed the windows of their home during the hail storm that ravaged through Van Zandt County Wednesday evening.

"It kind of felt like it was directly thrown at our house," Canton resident, Shannon Elder, said.

Her family was getting ready to go to the lamb show her son was participating in when her husband took a look outside.

"He said, 'We are not leaving, we are staying home. The weather doesn't look right," she said. "Within that 15 minutes, the hail just came out of nowhere."

Her kids were in the living room playing games when they saw large hail tear through the glass.

"It was pretty scary because it was like 'crash, crash' all the time," her son, Luke Elder, said.

Now the family is left with eight broken windows, dents in their roof, scratches on their vehicles, and damaged lawn chairs.

"It could have been worse, I'm thankful it was just one side of the house and not all four sides," Shannon said.

As her home was getting pounded by hail, some Van Zandt County residents were stuck under the Duke's Travel Plaza in Canton, hoping to get some cover for their cars.

"It came in, it didn't last very long and it was white everywhere, it was like it had snowed," Nick Gibbons, retired journalist and County Eagle publisher, said.

Gibbons was out informing his followers of the latest storm updates. After the squall, he stayed up all night surveying damage and gathering content from the community.

"It was just mayhem in a matter of minutes," he said.

RELATED: How to prepare your house and car for spring storms and hail