Chained up dog survives, gets second chance at life after near-death experience

Animal advocates in East Texas are upset with the governor's decision to veto the Safe Outdoor Dogs Act that would have added protections to dogs left chained up. 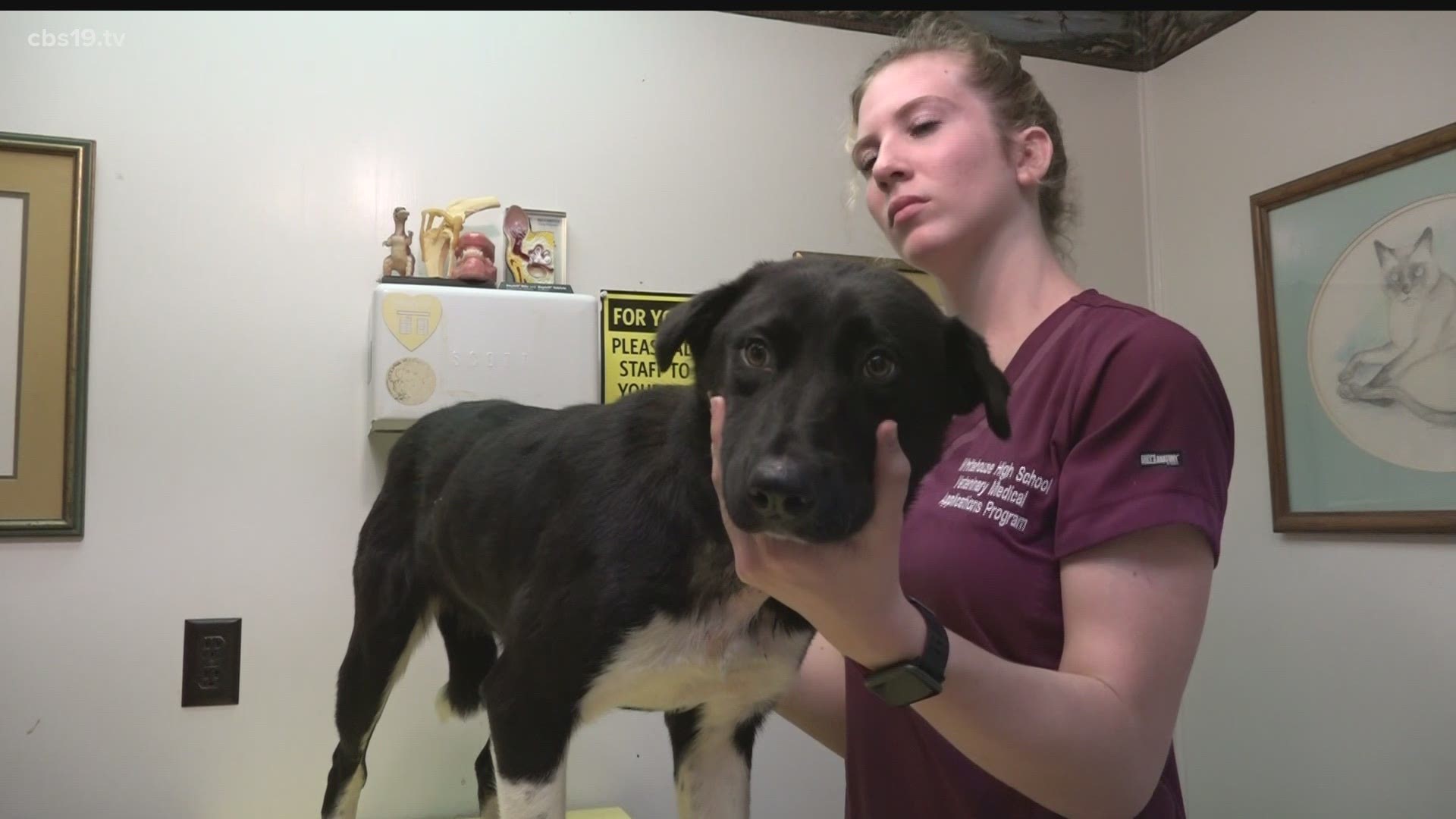 TYLER, Texas — Animal advocates in East Texas were shocked after the veto of the Safe Outdoor Dogs Act by Gov. Greg Abbott. The bill would have added more protection to animals left chained up outdoors without adequate shelter or food.

About two weeks ago in Tyler, Dr. Gary Spence says he witnessed one of the worst cases of animal neglect he has ever seen.

"She was cut from ear to ear, her jugulars were exposed, it was a mess," the veterinarian said.

The border collie-mix is getting a second chance at life after two and a half hours worth of reconstructive surgery.

"That bill would have made all the difference in the world," Dr. Spence said.

Senate Bill 474 would have made it illegal to chain up dogs and leave them without water, adequate shade, or shelter. The bill also called for a ban on tethering dogs with heavy chains.

Governor Abbott vetoed it saying Texas already has laws in place to protect dogs from animal cruelty and the penalties proposed seemed excessive.

Credit: Doctor Gary Spence
Dog gets second chance at life after being chained up

"We believe that there are laws on the books, they just need to be enforced," said Gayle Helms, executive director for the Humane Society's Pets Fur People.

She believes the local authorities need to enforce the laws already in place for pets.

"I understand too that law enforcement has a lot in their place in regards to people but we want more protections for animals because they are helpless," she said.

Spence and Helms agree that fair treatment of animals begins with people and the way people view pets and handle the animals needs to change.

"These guys are part of someone's family they are not property and they should be treated like that," Spence said.