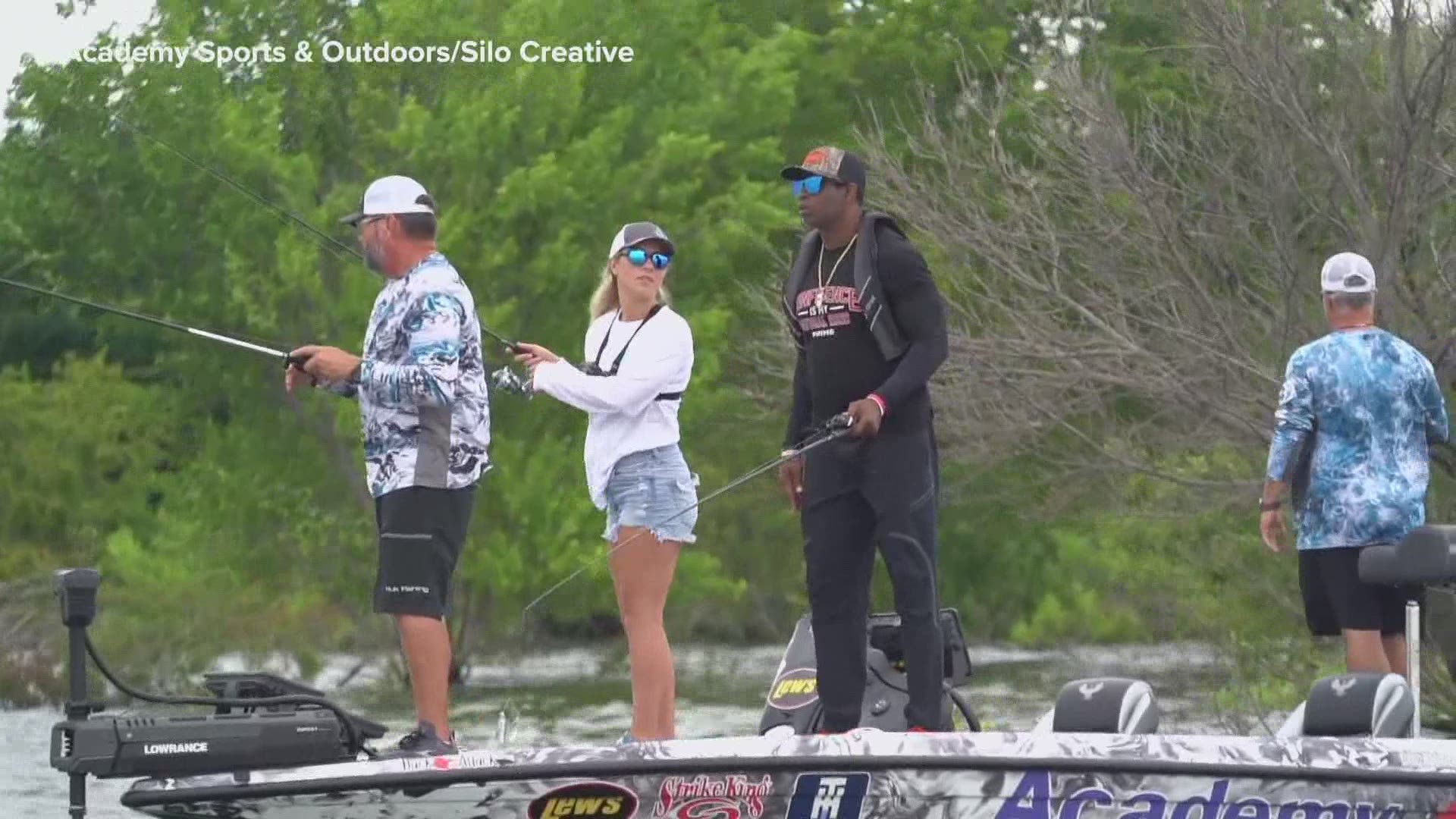 LEWISVILLE, Texas — When the Bassmaster Classic, the Super Bowl of fishing, hits the water this weekend, Lake Ray Roberts will be filled with the best fishermen in the world.

And Deion Sanders isn’t one of them.

The former Dallas Cowboy was just one of the big names competing at Wednesday’s Bassmaster Celebrity Fishing Tournament on Lake Lewisville ahead of Friday’s main event.

Even though Sanders didn’t do interviews, he had plenty to say to Swoopes.

“Look at her nails,” Sanders yelled as he pointed to Swoopes’ freshly manicured hands. “Do you think she plans on touching a fish with those nails?”

Forget the fish. Like Sanders, before even casting a line, every celebrity angler was throwing out plenty of bait.

“When that boat hits the water with me on it, I’m planning on winning,” Spears said.

Allen, who grew up ocean fishing in Delaware, doesn’t hate the Cowboys. He just wants to win.

Spears says it won’t be him because he believes his time with the Cowboys gives him a distinct advantage.

“This lake right here,” he said in reference to Lake Lewisville. “I fished this lake for 14 years.”

“So when’s the last time he fished this lake,” Swoopes asked. “Cause things could be different.”

Unlike the Bassmaster Classic, there’s no trophy or prize money. Instead, the winner will make a donation to one charity of their choice.

But if Spears wins like he says he will, he claims it will benefit two great causes: the Boys and Girls Club of Louisiana and…

However, he will be ashamed of this: with 12 pounds, eight ounces of fish Deion Sanders caught a victory.

It wasn’t the main event, but it’s easy to believe that in Deion’s eyes it will go down as a Bassmaster Classic.

Go here for more information on how to attend the Outdoors Bass Master Classic.