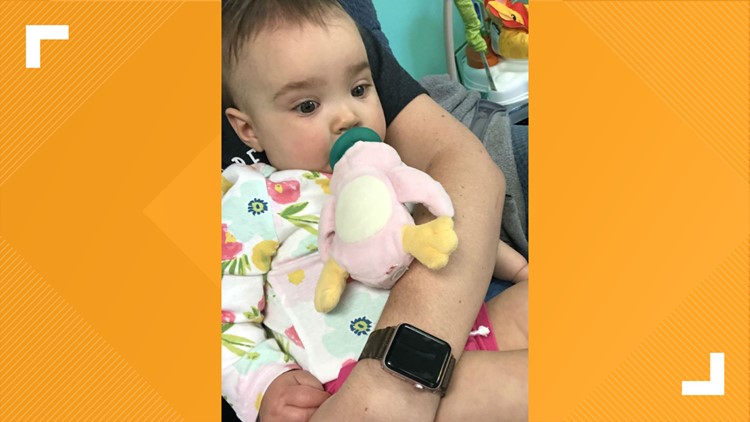 ODESSA, Texas — A West Texas mother is counting her blessings as she updates the condition of her toddler daughter who was one of those injured in the shooting spree across Midland and Odessa.

Seventeen-month-old Anderson Davis was struck while the family was in a car at a stop light Saturday.

“It feels like days have passed, but it was only yesterday that we were sitting at a red light in our hometown when a bullet went through our car, missed Rhett by inches and hit Anderson in the mouth and chest,” wrote Kelby Davis, in a post that is being shared across social media.

Since being admitted, Kelby wrote that Anderson has had surgery on her face and chest to remove bullet fragments.  She also has shrapnel in her chest and face, said Kelby that can’t be removed.

RELATED: So many crime scenes, so many emotions for West Texans

“How we are home with our baby girl just over 24 hours after this tragedy struck is absolutely unbelievable,” she wrote.

In her post, Kelby also talked about the other victims, asking people to pray for all families affected by Saturday’s tragedy.

“Our lives could be looking very different today, like too many peoples are, and to be very honest I have a strange guilt of how our story ended so happily. My heart hurts so bad for everyone that lost someone yesterday.”

Kelby wrote of the shooter’s family, as well, saying his mother “may be mourning the loss of her baby and the life she imagined for him.”