'My Jesus-ness must trump my whiteness every single time': Prayer vigils held across Dallas Sunday

During two different vigils, volunteers read the names of people who died in incidents of police brutality, including George Floyd. 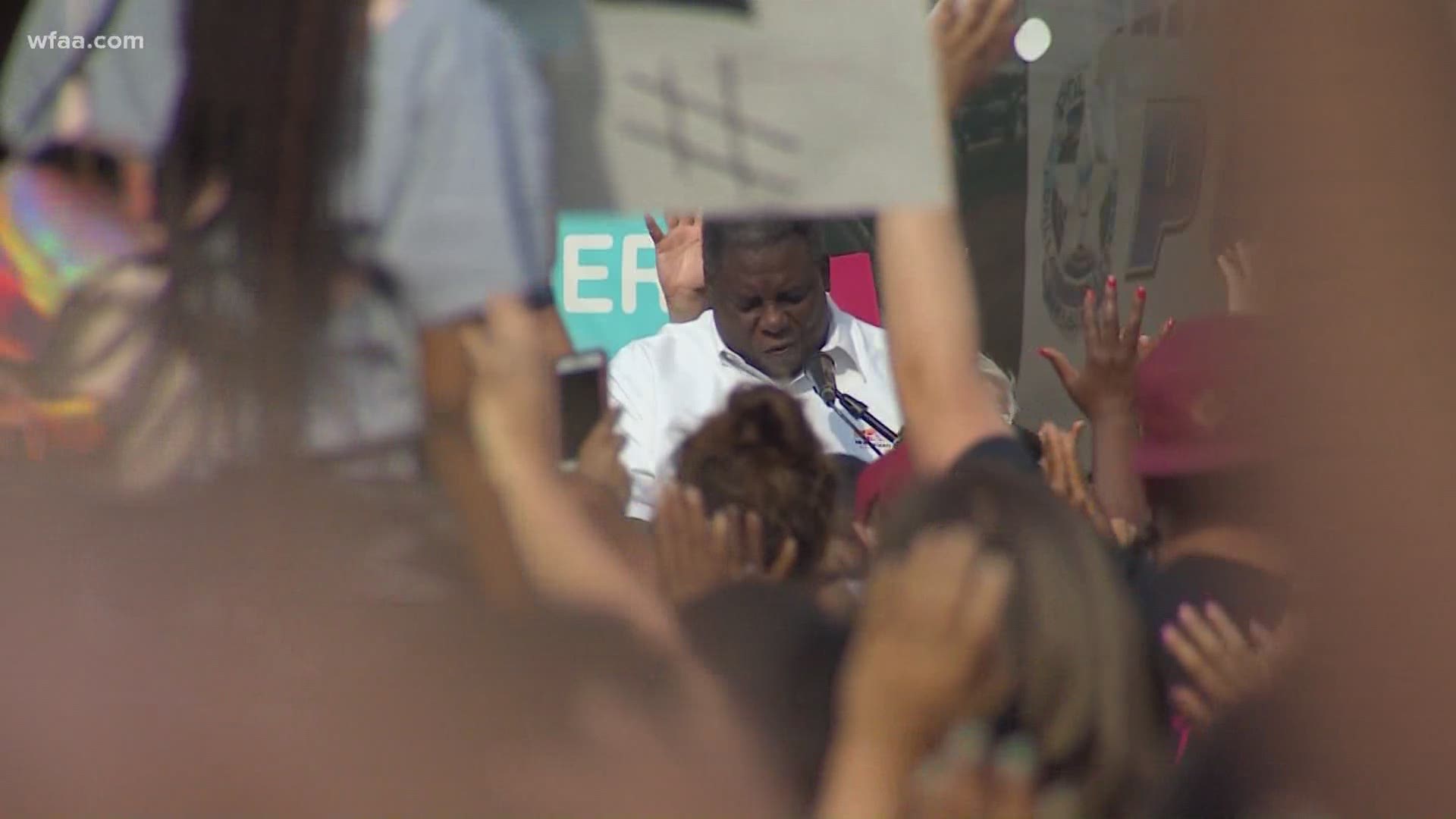 DALLAS — The first black people who ever lived in Dallas are buried at Freedman’s Cemetery near Uptown.

On Sunday, that sacred ground was the site of a vigil where organizers asked if anything has actually changed since the time their ancestors were living.

“This place we built, this space that has our ancestors' blood poured all around it, but we can’t walk on it without being killed?” asked Clarice Criss, one of the organizers of the vigil.

Hundreds of people waited in line to enter the cemetery and could only do so after burning sage was waved all around them – an act of cleansing, Criss said.

“We are claiming our power in this moment and asking that people come in with a pure heart and a pure energy and doing our own form of protection over this space,” she explained.

Organizers asked volunteers to read the names of people who’ve died in incidents of police brutality, like George Floyd, whose death while in the custody of Minneapolis police has sparked violent protests around the nation.

They read the names of Atatiana Jefferson, killed by a Fort Worth police officer in 2019, and Jordan Edwards, a 15-year-old killed by Balch Springs police in 2017. They also honored men and women they say had been the victims of gender-based violence.

Those same names were said at Dallas Police headquarters, at a vigil organized by Bryan Carter, pastor of Concord Church in Dallas.

“The government can’t solve this problem. The school system can’t. The judicial system can’t,” he told the crowd of more than 200 people gathered to pray. “But, when the people of God stand up for what God has called us to - which is righteousness and justice - that’s when things change.”

A white pastor spoke next, saying, “I represent many white people who’ve decided we are going to join the fight and we will jump into the fray because we are called to do so.”

“Listen, if you’re a believer in Jesus, my ‘Jesus-ness’ must trump my whiteness every single time.”

The crowd cheered, later taking a knee for several minutes of silence in honor of Floyd and others.

“Lift your hand towards heaven,” said Tommy Brown, pastor of New Mount Zion Baptist Church, and a wave of hands went up.

He asked for prayers for the nation to heal and for people’s hearts to change.

Pastors also reminded the crowd faith without action does no good. They implored those in attendance to leave and actually do something.

“Help us not just say we went to a rally,” one pastor prayed, “help us go rally until things change.”

PHOTOS: A third day of protests over George Floyd's death in Dallas

1 / 39
Tiffany Liou
Peaceful demonstrators protesting the death of George Floyd gathered at Klyde Warren in Dallas on May 31, 2020.