One man's lament about his Target-obsessed wife's trip is definitely striking a chord online. 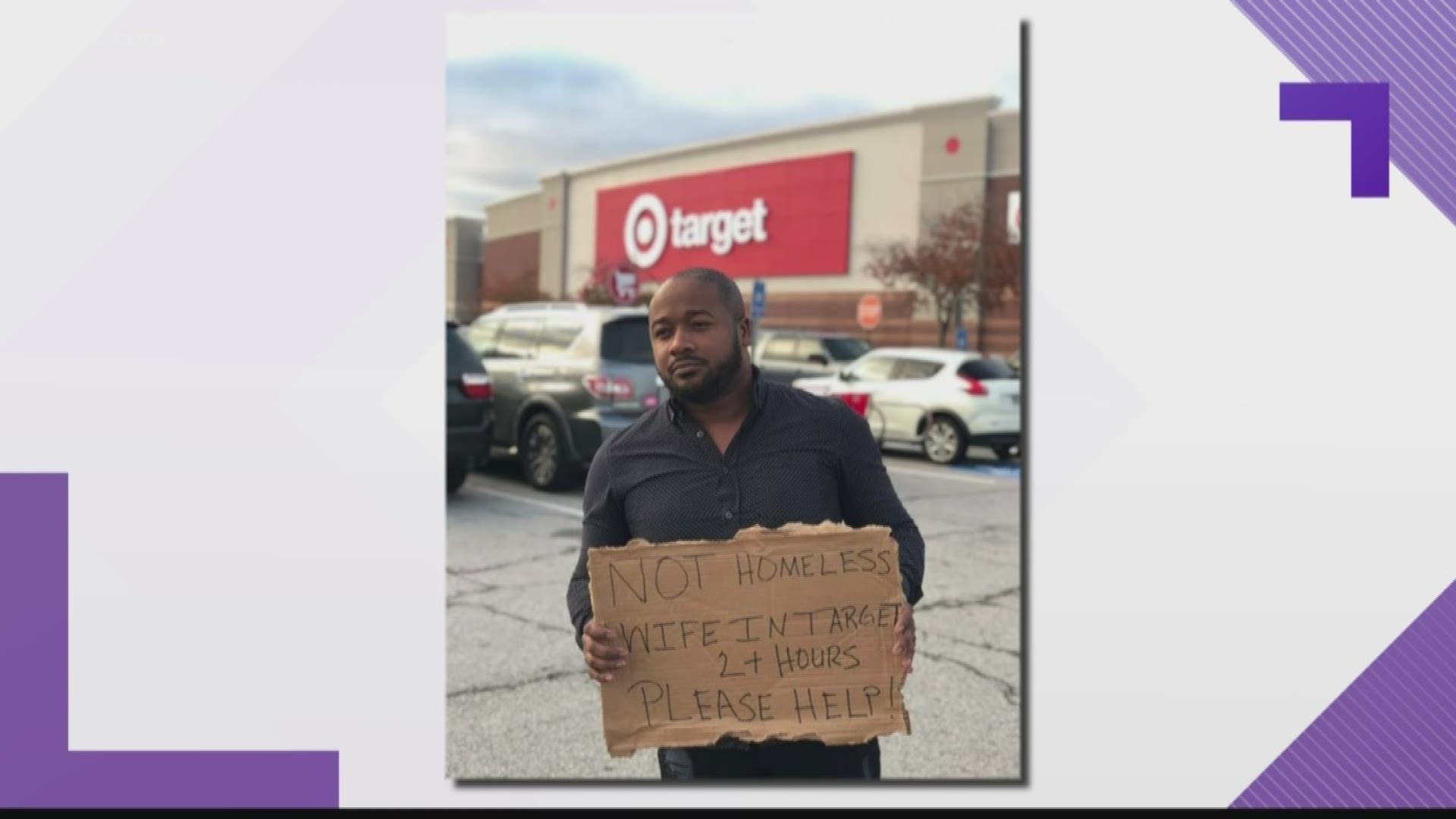 ATLANTA — It's no secret that Target fans take their trips to the store seriously. Very seriously.

There are even, apparently, psychological reasons behind why people flock to the retailer for what they describe as "mini-vacations" to their "happy place." But one man's lament about his Target-obsessed wife's trip is definitely striking a chord online.

Jeremy Tuck shared a photo on Facebook of him in parking lot of an Atlanta-area Target with a hand-written sign on cardboard that read: "NOT HOMELESS ... WIFE IN TARGET 2+ HOURS ... PLEASE HELP!"

His message: "I will not be silent!"

The hilariously relatable post has gone viral, garnering 80,000 shares and more than 15,000 reactions. More than 600 people have also commented on the post - including Tuck's own wife Akila, who sees nothing wrong with her Target obsession, writing: "I mean what do you expect from someone who even had a surprise Target baby shower!! #targetforever 🎯"

Tuck told 11Alive that he got the idea from the Dude Dad Facebook page.

"My wife loves Target we have five sons who also love Target and I figured I would pay her back by posting the picture on Facebook and tagging her to ensure I embarrassed her due to her spending hours in the store each week. Also all of her friends know that she lives in Target had no idea it would go viral.... wow," Tuck said.

Photographer hit in Georgia-Auburn game says 'thank you' for support, promises to be back on the sidelines