Video: Officer Abigail by Freeport PD chief's side as he kisses a llama after losing a bet

Chief Ray Garivey made good on a bet he lost by wearing red lipstick and kissing a llama. 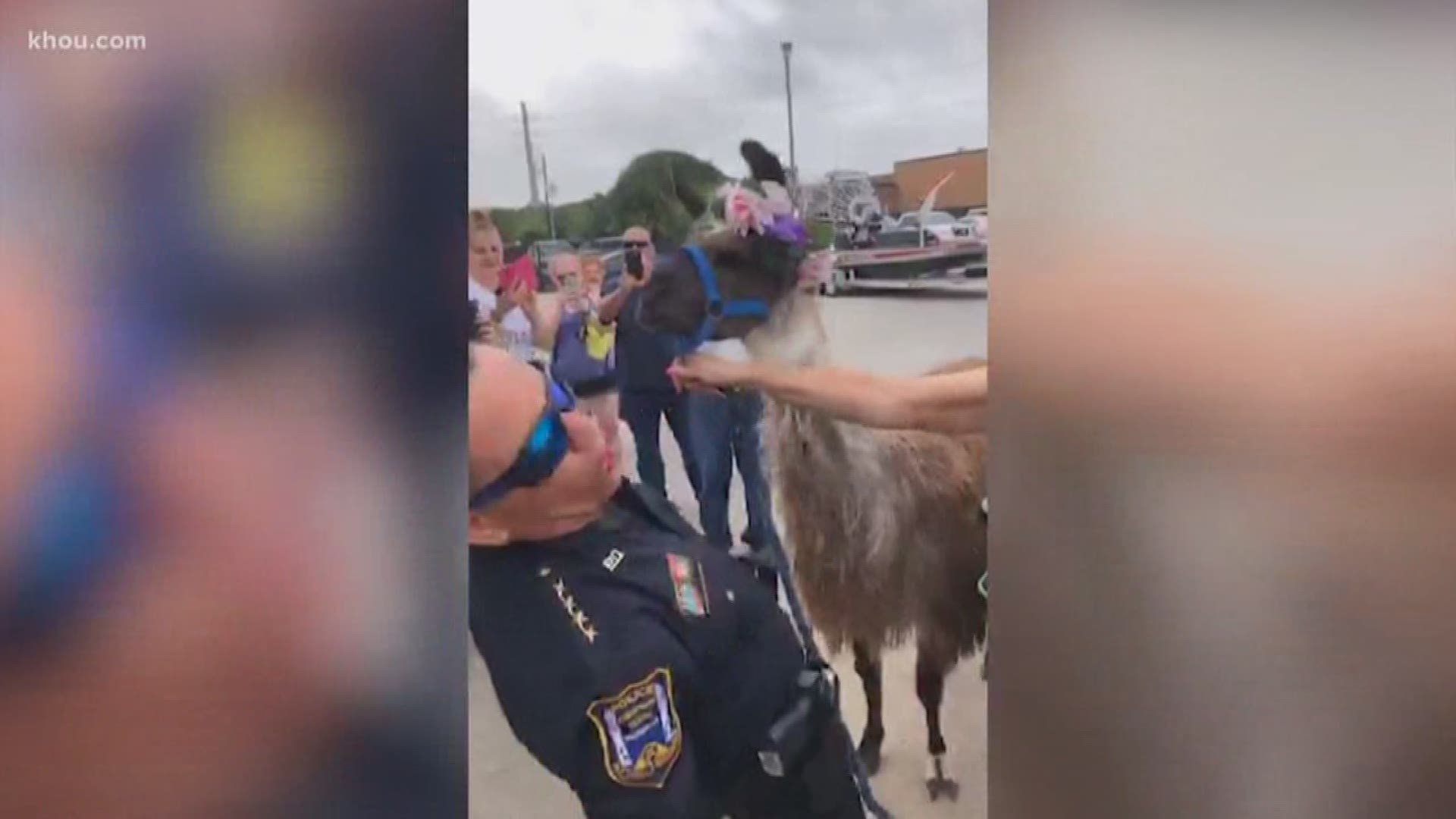 FREEPORT, Texas — Abigail Arias had another big moment Tuesday, this time involving the Freeport police chief and a llama.

Chief Ray Garivey made good on a bet he lost by wearing red lipstick and kissing a llama.

The bet started as a joke a couple of weeks ago with a Facebook post claiming if it garnered a certain number of likes, he would kiss a llama. Abigail, the little cancer-fighting honorary police officer, was there to witness the moment.

Chief Garivey told everyone else who showed up to watch that he has their names.

6-year-old suffering from cancer suffers setback, but shows no signs of giving up

Abigail's first week as a police officer is a resounding success