Years of medication, therapy, acupuncture and yoga weren't enough but getting a service dog to journey through life with changed everything. 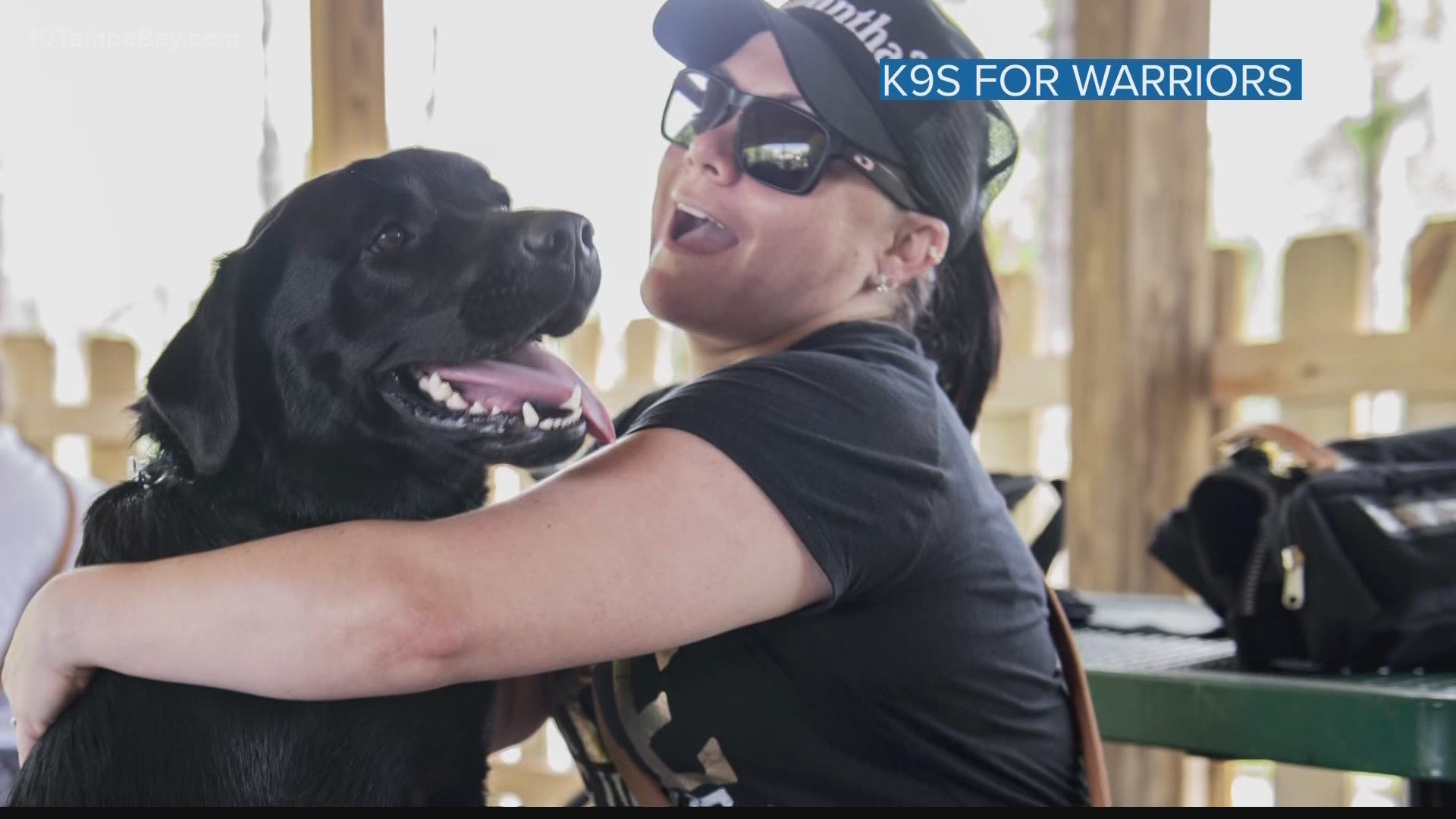 DELTONA, Florida — Ashley McCaffrey is the happiest she's been in years.

The Florida veteran enlisted in the Air Force in 2006 after deciding she wanted to do something different and make a difference for her country.

She spent 91 days in Iraq as the only female in her squadron. At the time, she didn't realize the mental strain her deployment was causing. Instead, she just focused on being strong.

"I was the only female when I was deployed. I had worked so hard to establish that respect and that rapport that if they knew something was wrong with me, everything I worked for would be gone," explained McCaffrey.

McCaffrey eventually retired due to PTSD and a back injury. She desperately tried to find the right solution for her depression and anxiety. She said random things would trigger traumatic memories.

In 2019, she applied for a service dog through the K9s For Warriors organization. She was accepted but was put on a two-year waiting list. However, due to COVID-19, someone couldn't attend the required training. Since McCaffrey was local, she got a call that a female Labrador retriever named Hope was ready for her.

They graduated in July and the two are now inseparable. McCaffrey says Hope saved her life.

"She’s probably saved my marriage because even my husband is like, I have my happy wife back. I have the person I fell in love with 14 years ago," she said.

McCaffrey says since getting Hope, she can now sleep for two-three hours at a time and get through stressful workdays by looking at Hope and taking a short walk outside when she feels triggered.

When asked about any advice she has for someone dealing with mental struggles, McCaffrey offered this -- "Don’t be afraid to ask for help because that help is actually going to save your life."

RELATED: Lawmakers pushing for Black soldier to posthumously receive Medal of Honor for actions on D-Day