The bird was found dehydrated and thin earlier this year. It was released back into the wild this weekend. 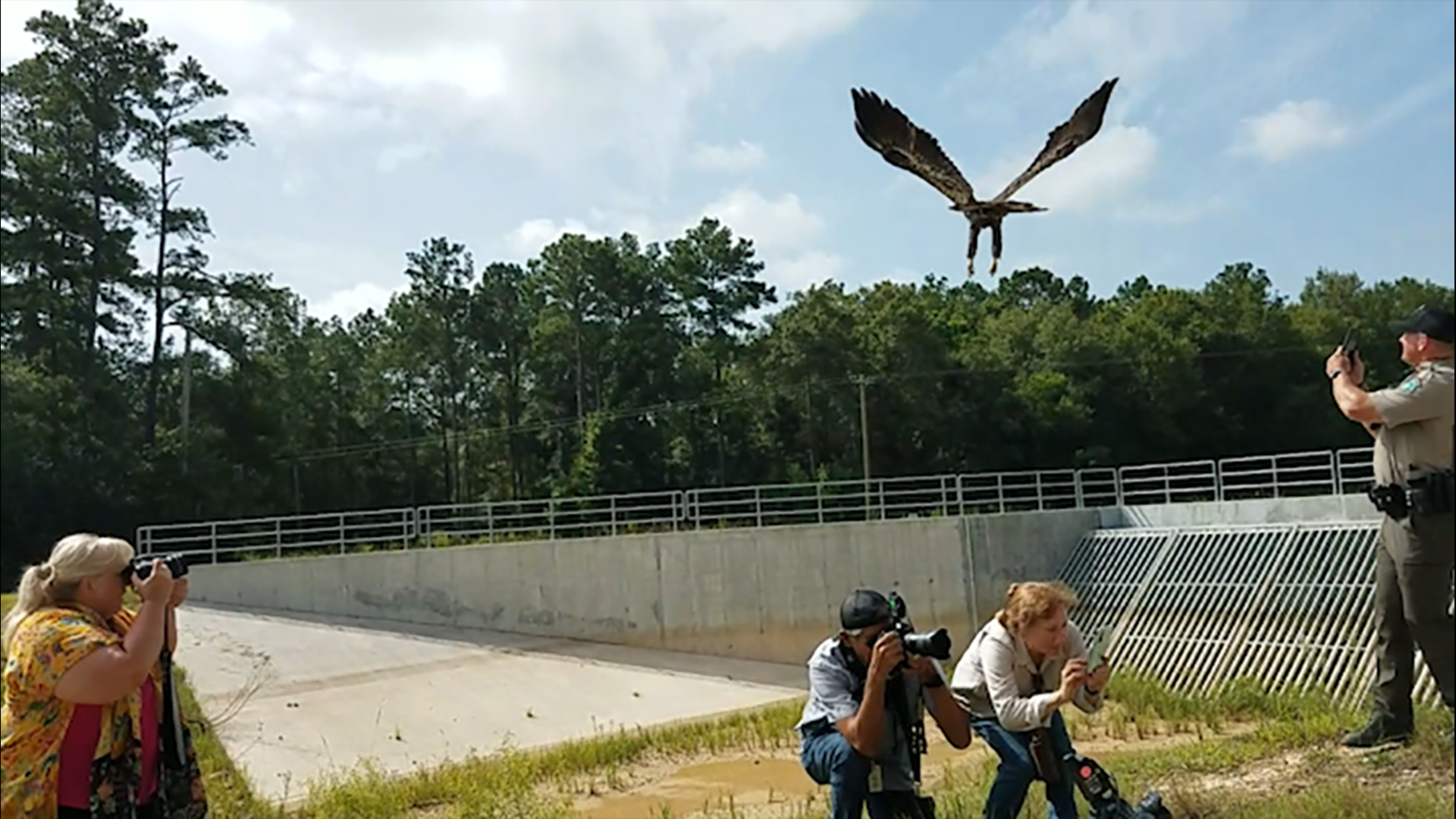 HOUSTON — A juvenile male bald eagle was released back into the wild on Sunday.

The Houston SPCA’s Wildlife Center of Texas nursed the young bird back to health after it was found severely dehydrated and thin in May.

Wildlife Center staff members found an infection in the eagle's blood. They provided the eagle with parasite treatment and antibiotics and he was eventually able to fly again.

The eagle was released in Dayton.

The Wildlife Center of Texas said the total cost of the rehab was about $3,500. The Center operates only on donations. Click here to donate.