Blackbean the stray steer was found, sold and killed — a violation of Texas' 'Cattle Law' 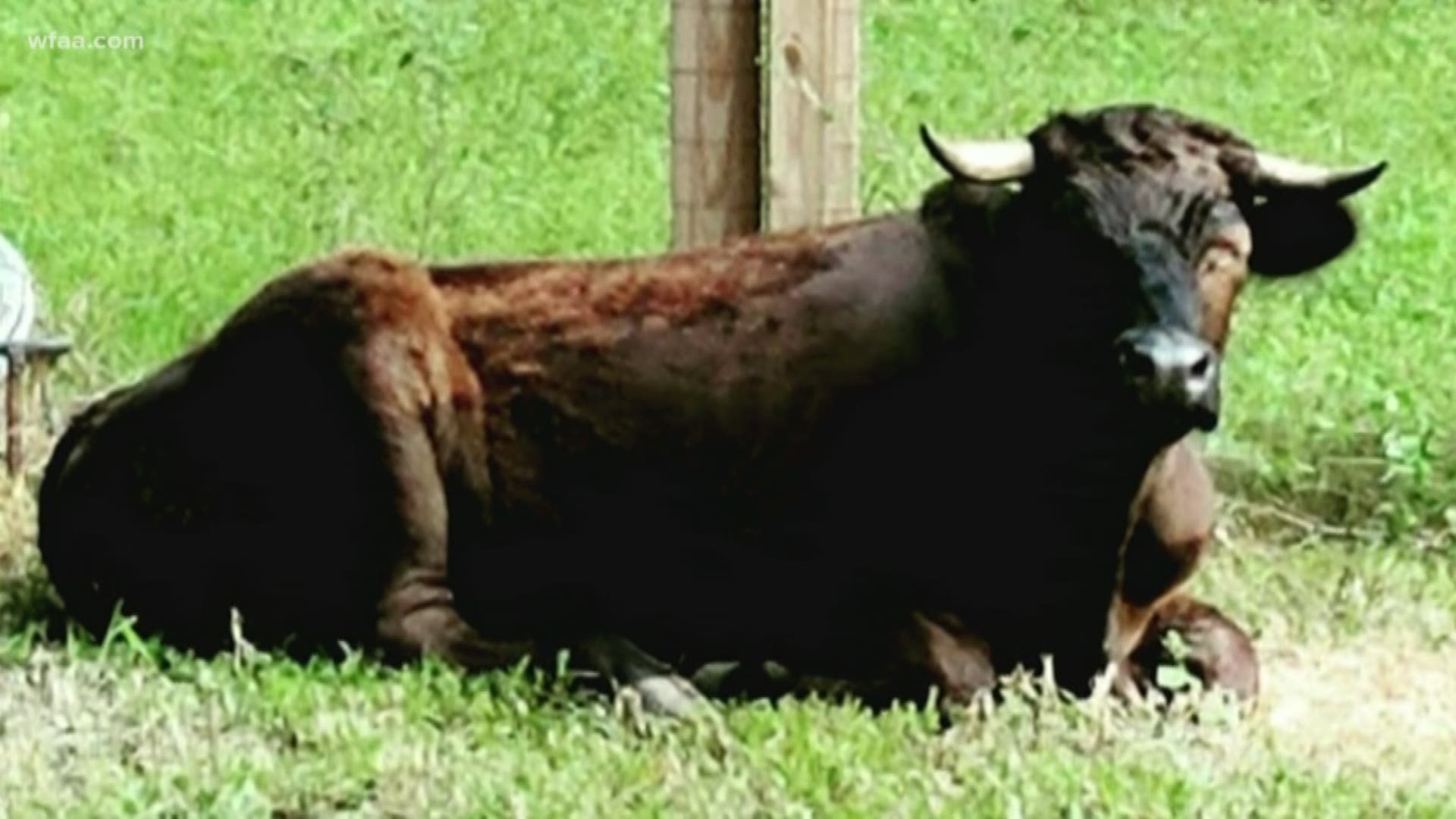 DECATUR, Texas — A Wise County family is grieving after their pet steer was found, sold and killed.

Sarah Spikeston had owned Blackbean for five years, nearly the steer's entire life. Spikeston was working with her husband J.R. to build a fence around their new home to give Blackbean and their cow Patty a home.

In mid-December, they found out he ran away from the Decatur ranch where he was staying at.

“No one had called. No sheriff’s report. No stray livestock,” Sarah said.

At the end of January, they learned he’d been found, sold to a sale barn and killed at a beef processing plant.

“You fought so hard to view an animal as a pet and someone turns him into a commodity,” Sarah said.

It’s believed the person who found Blackbean couldn’t find the owner and didn’t know the law.

“It’s very common,” he said. “If they would call and ask, it would save them a lot of problems.”

The law can be found on the Texas Cattle Raisers website. The rule is if anyone finds any livestock, they have five days to report the find to the local sheriff’s department. That provides some time for people to check with neighbors if they prefer to do that first.

Then, the sheriff’s department must post the find in the newspaper, online or at the courthouse twice within the next 15 days.

Then, they’re allowed to sell it and collect the money it cost to impound and feed the livestock, but they can’t keep the money unless someone doesn’t come forward for the next 180 days.

“That’s a big misconception that people think the sheriff - it’s a money-making thing. It’s not,” Bradshaw said. “That’s the wrong attitude to have because that’s not the way it is. That’s misinformation.”

Bradshaw said he fights to educate the public and sometimes even law enforcement.

Blackbean’s death is a tragic lesson, and one everyone agrees could have been avoided.

The Spikestons aren’t sure yet if they’ll press charges.

Runaway cow safe after leading Fort Worth officers on chase

If you don’t have a Valentine's Day date, take home an adoptable pet