The dolphin is now eating all on its own and made the jump from dolphin milk to whole fish. 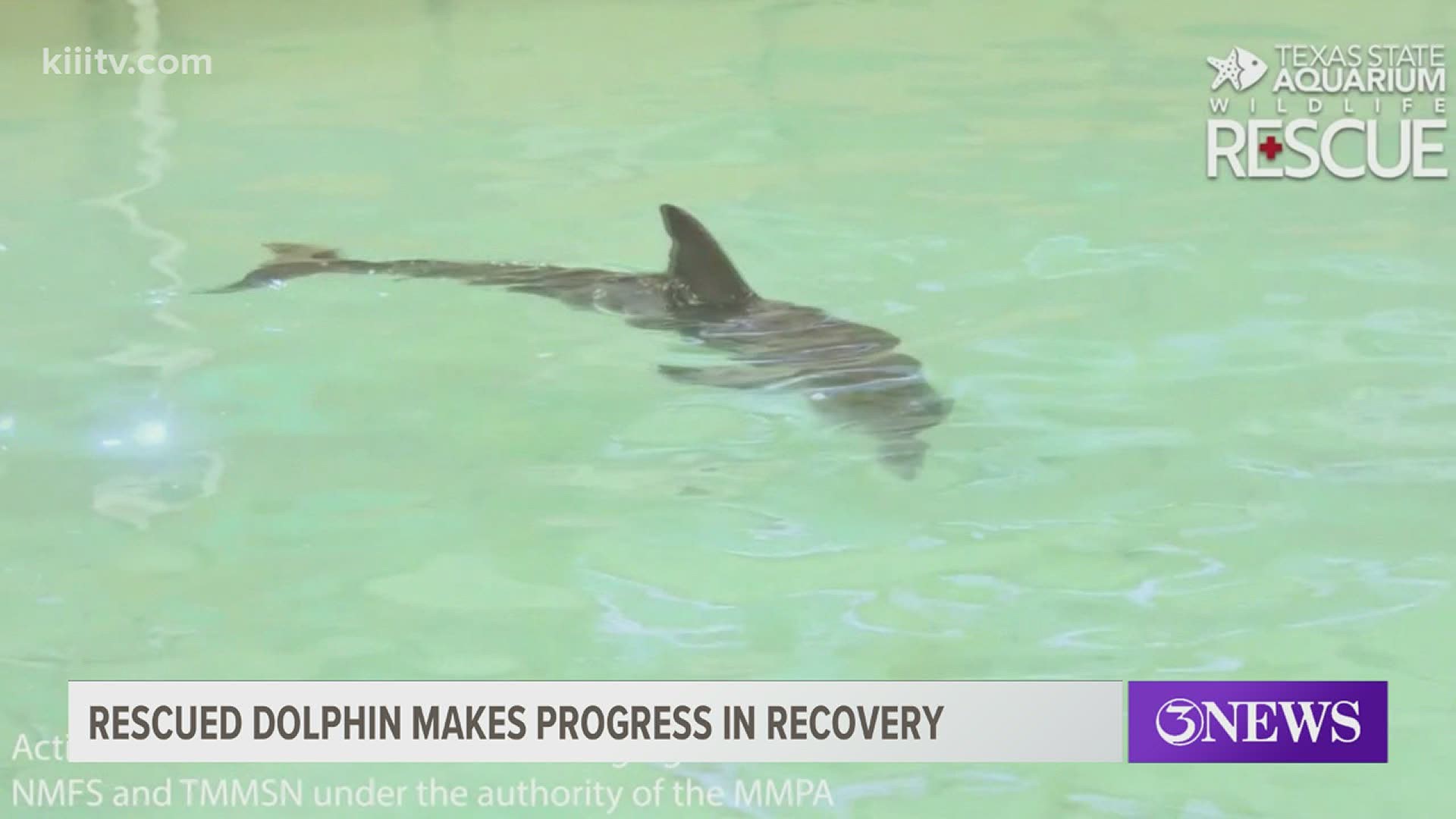 According to officials, the 100 pound, 5.5 foot long dolphin calf was found stranded north of Goose Island State Park in Rockport and is now being treated at the TSA's Wildlife Rescue Center.

Rescuers said the dolphin is between nine and 12 months old, and when it was found, it was suffering from malnutrition and other injuries.

“At this time, our efforts are focused on correcting this young dolphin’s dehydration and malnutrition," Head Veterinarian Dr. Carrie Ullmer with the TSA said.

"In addition, he has been started on antibiotics due to evidence of pneumonia, something that stranded marine mammals are predisposed to."

The dolphin is currently under the watch of the TSA's Rescue Team and volunteers.

In addition to the dolphin's health improving, officials said it has been able to swim on its own. Sunday, June 27 the aquarium provided an update saying the dolphin is now eating all on its own and made the jump from dolphin milk to whole fish.

According to officials the young dolphin will continue to receive around the clock care and there is not yet a plan for its release or transfer to a new facility. 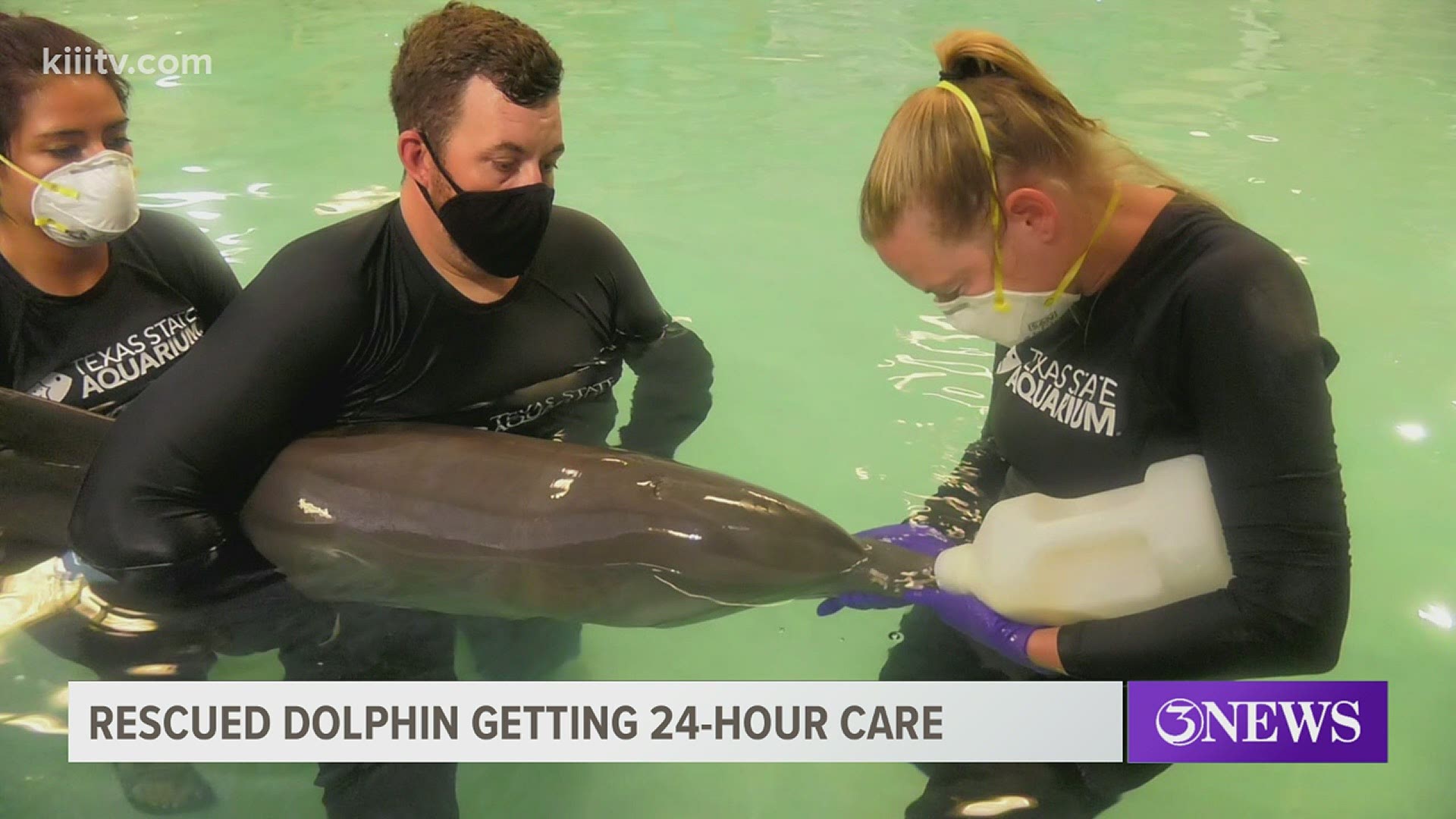