One of the oldest species on earth, the American paddlefish is estimated to be at least 120 million years old and as much as 350 million. 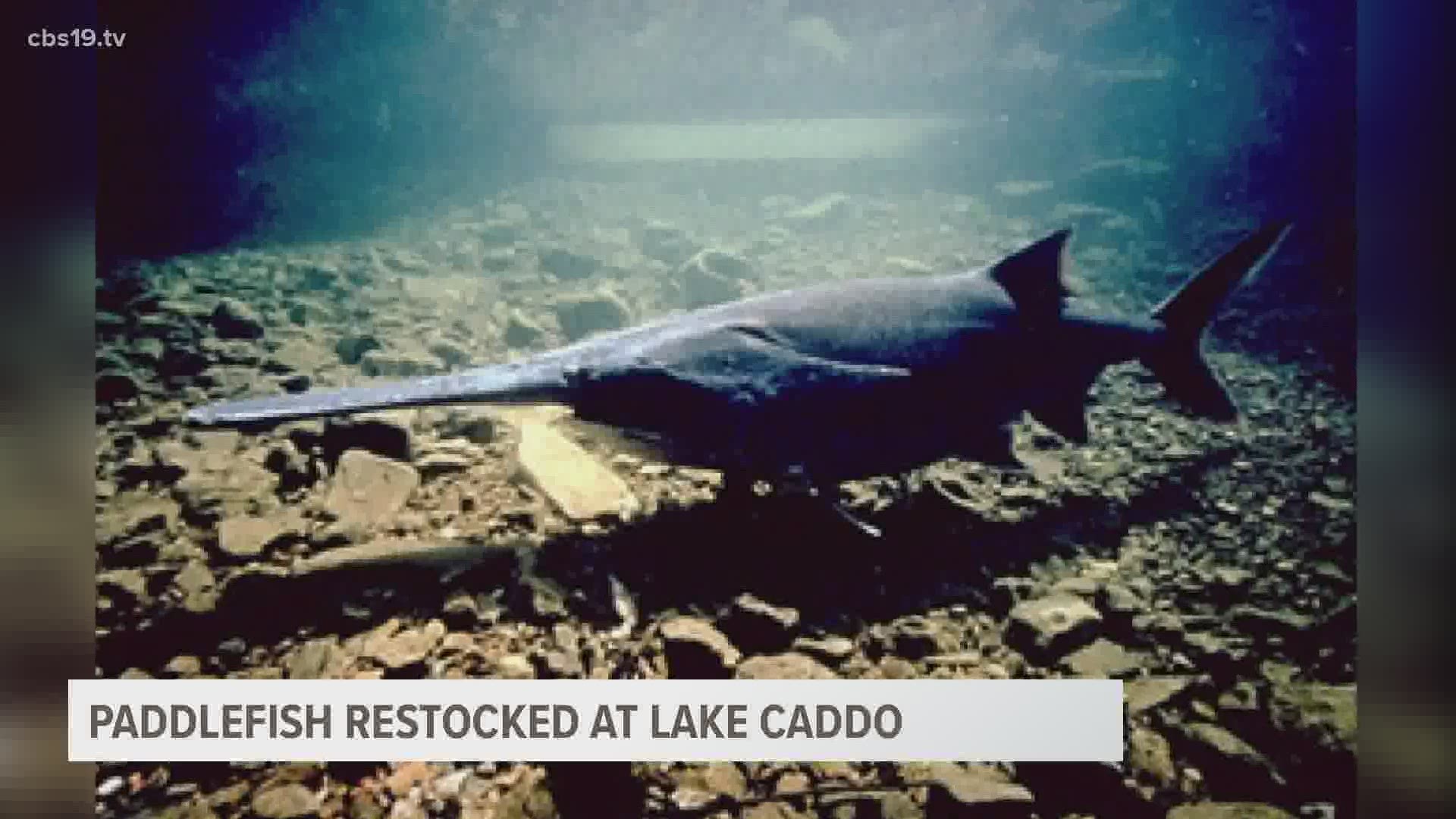 The paddlefish is a relic from a time millions of years before man began to walk the earth. One of the oldest species on earth, the 'primitive fish' is estimated to be at least 120 million years old and as much as 350 million.

The fish's most prominent feature is a large, pointy nose called a restrum.

"There used to be six different species of paddlefish on the planet. And now there's only one: The American Paddlefish," Laura-Asley Overdyke of Caddo Lake Institute said. "They're filter feeders. They don't eat other fish they eat or bugs, they eat plankton. And they don't have any bones to speak of."

One of the habitats for the prehistoric species occupied was Caddo Lake. In the 1970's the American paddlefish was put on the threatened species list.

"They died out in the lake because a dam was put in up-stream to create Lake O' the Pines," Overdyke said. "And when that dam was put in, it almost completely stopped flows of water to Big Cypress Bayou and Caddo Lake."

In an effort to save the species, researchers began to release a few dozen paddlefish into Caddo Lake in 2014. The fish had transmitters embedded in them to see if they could survive.

"The experiments were such a success that they decided to launch a full-scale restocking effort with us and putting 14,000 fish in for the first few years and then 10,000 fish a year after that to try and get to a sustainable population," Overdyke explained.

On Sept. 2, researchers added another 14,000 paddlefish to the lake to help the species thrive for years to come.