It was a rescue that was months in the making, according to the rescue and adoption coordinator for the China mission, Kristine Minerva. 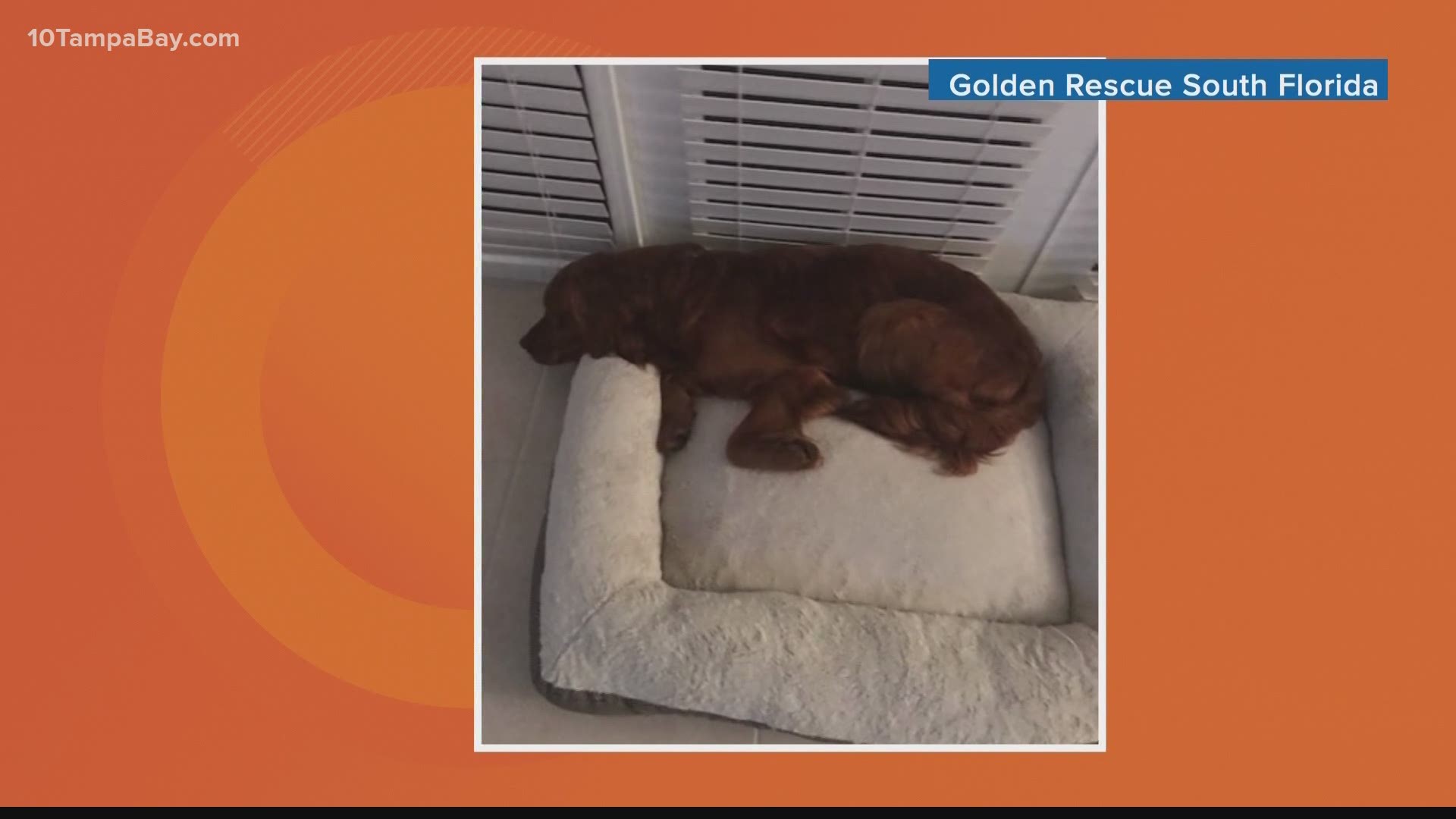 MIAMI — Twenty golden retrievers rescued from China have all been adopted before the holidays, and it’s all thanks to a rescue group from South Florida.

It was a rescue that was months in the making, according to the rescue and adoption coordinator for the China mission, Kristine Minerva with Golden Rescue South Florida.

Minerva said she brought up the idea of rescuing these to the rescue’s board in June. They told her to go for it, and she did.

Minerva said the dogs were abused in China and could have been butchered and sold on the dog meat market.

“We know this has been going on for a while and we weren’t sure we’d be able to pull it off. But, I just said ‘I got it, let me do it. I can get them adopted,’” Minerva said.

And she did it.

All 20 of the rescued golden retrievers were met at the airport Sunday in Miami by their loving adopted families.

Minerva said she and everyone at Golden Rescue South Florida are thankful for the help they got to get these dogs to safe and loving homes. She said 13 local small businesses pitched in and donated treats and other goods to help care for the dogs. She said she is also so thankful to the adopters and everyone who supported their journey.