Hope the Gorilla suddenly passes away at Dallas Zoo

Her death was sudden, officials with the zoo said. 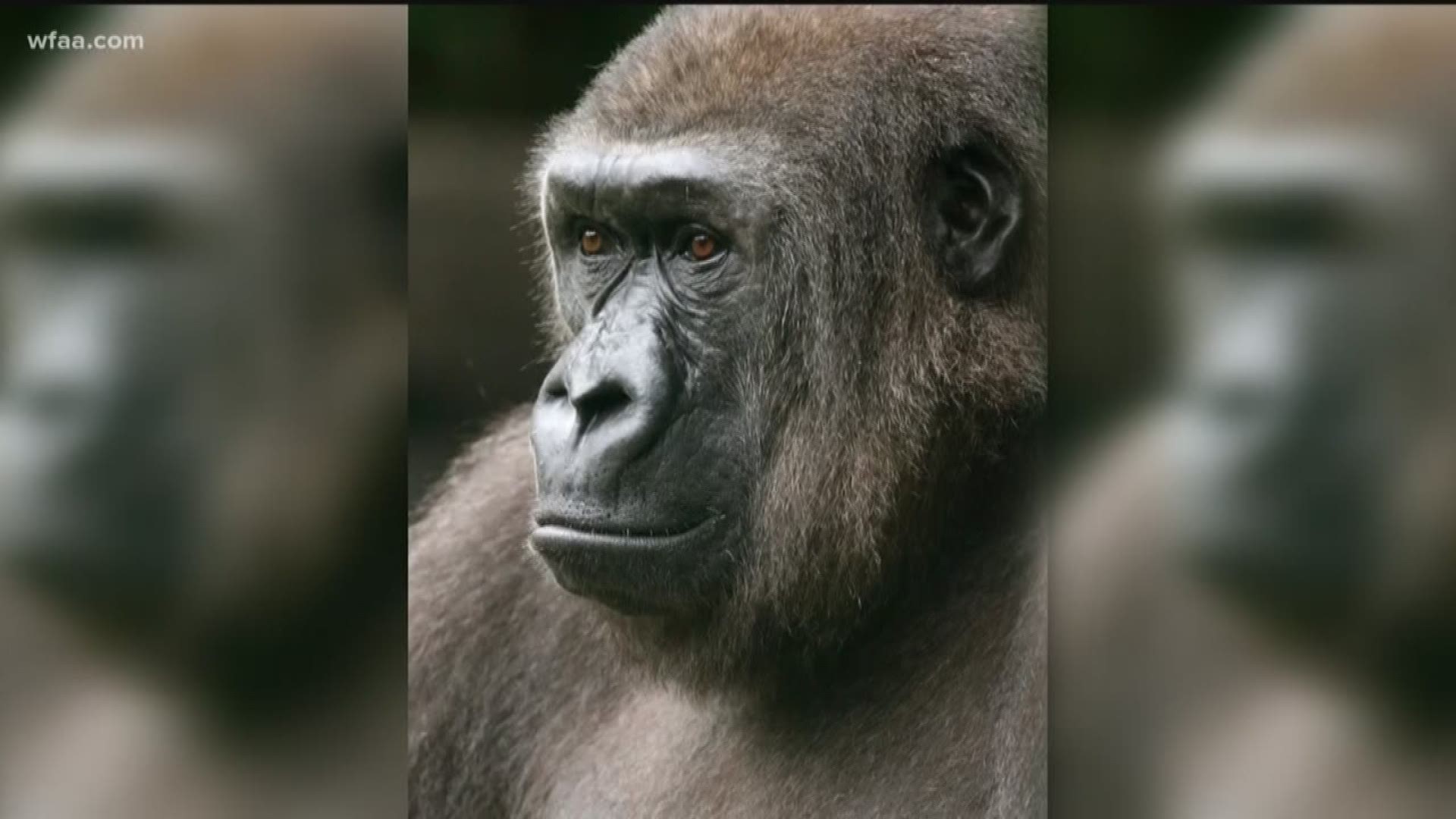 Updated with quotes from the Dallas Zoo.

Hope was a 23-year-old western lowland gorilla. The zoo said Hope and other gorillas there had been having mild gastrointestinal problems, which staff was watching and taking care of.

“In this case, everything appeared to be under control, and that’s part of why it’s so perplexing and frustrating for us,” Dallas Zoo zookeeper Harrison Edell said.

But zoo officials found after her death that Hope's colon had been "severely inflamed," and are working to find out what could have caused it and make sure the other animals aren't experiencing problems as well.

Keepers are keeping a close eye on Saambili, Hope's 18-month-old daughter, they said. Other gorillas in the family "stepped in to support and comfort her," the zoo said in the post.

“We want the family group to pick up and finish rearing her to adulthood,” Edell said. “We’ve already seen some really positive interactions between the rest of the family troop and Saambili.”

"She seems to be relying most heavily on her dad, Subira, who was there to comfort her immediately and has not left her side," zoo officials said in the post.

The gorillas will not be in their normal habitat for the time being as keepers continue to keep a close eye on them, officials said.

"We are all completely heartbroken by this sudden loss and ask that you please keep our staff and our gorilla family in your thoughts," the post said.

“Every animal death is difficult and painful, but this one’s especially tough given the sudden nature,” Harrison Edell of the Dallas Zoo said Tuesday. “For us to have an animal who appeared a little bit off the night before, who passes away suddenly overnight, is a shock to the system,” Edell said.

According to Edell, gorillas typically live until their mid- to upper-30s on average.

Madge was the last gorilla to die at the Dallas Zoo. She passed away at 34 years old in March 2016.

“When we get some additional testing back, we’re going to be looking specifically at viral issues and to see if there’s a virus that we can identify that was the root of this, or if there’s some other issue underlying that we haven’t found yet,” Edell said.

For visitors heading to the Dallas Zoo in the near future, there are a few gorillas to see in a separate habitat that are unrelated to Hope and her family. Edell said he can’t say for sure when visitors will be able to see members of Hope’s family.

“We might take a little bit of time with the family group to let them bond and grieve,” Edell said.