BEAUTY AND THE BOX: Father honors son through artwork

A family is using the Beauty and the Box program to keep their son's memory alive, in the same place many got to know him. 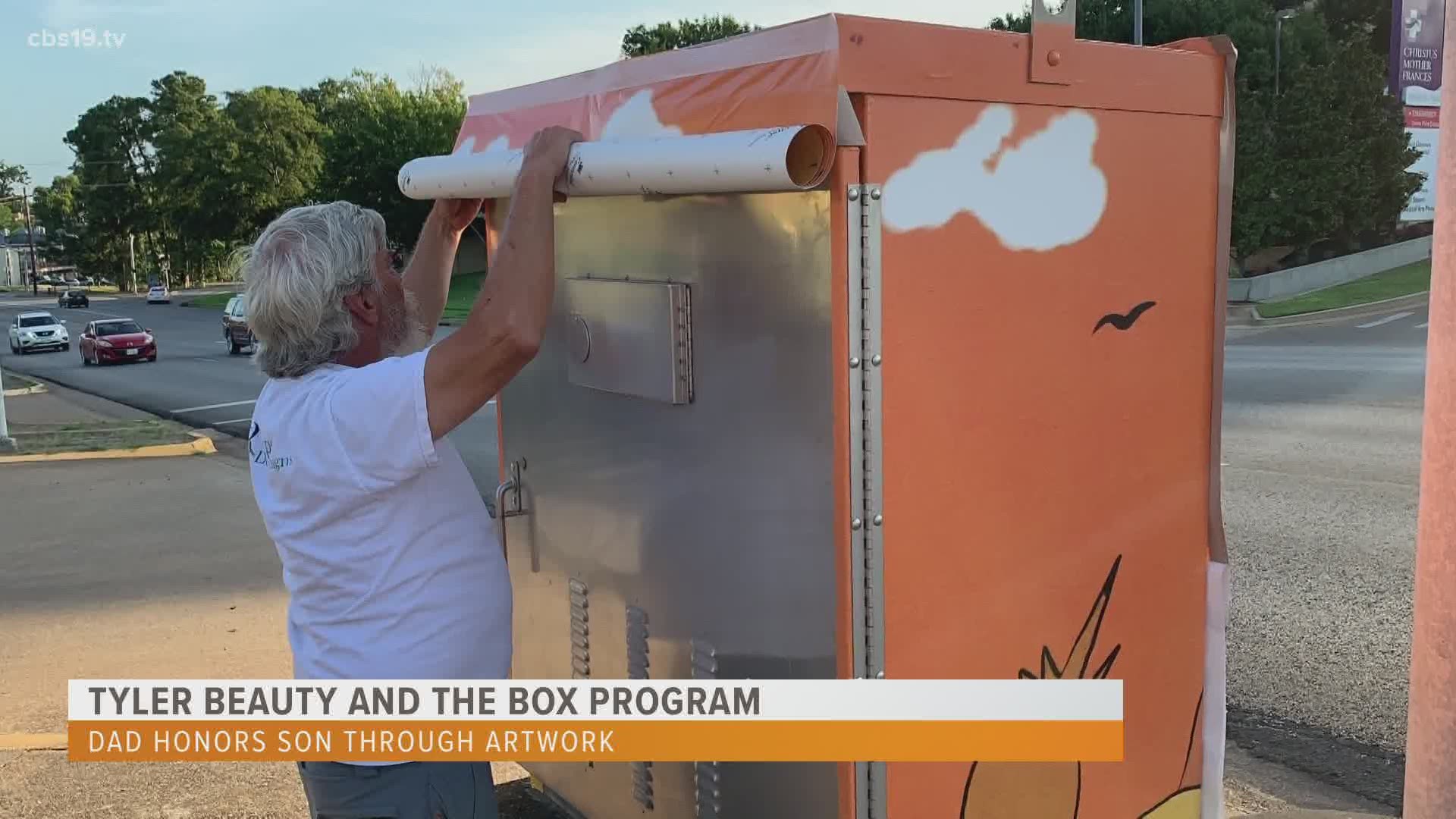 Four years later, a family in Tyler is using the program to keep their son’s memory alive, in the same place many got to know him.

"Stephen was somebody that was, I would say, was passionate about art. He was involved in video, film."

Galen Morrison's son Stephen Morrison is no stranger to creativity. Born and raised in Tyler, his passion for art extended well beyond the canvas.

"Different forms of art,” Galen said. “He did music videos. He helped a couple of local artists here in town."

Stephen was well known for helping others in the Tyler community. You could often find him hanging out at Stanley's, discussing his different ideas.

With so much life ahead of him, at only 28 years old, the unexpected happened. On June 26th Stephen died of a sudden heart attack.

"We did not know he had an enlarged heart,” Galen said.

In near perfect health his entire life, the death is something the family says they never saw coming. It left them wondering how to keep his creative spirit alive.

"After Stephen died, I wanted to come up with a way to honor his memory, ,and to also let people know some of the kind of neat stuff he did."

Galen recalled seeing artwork from Tyler's Beauty and the Box program, so he reached out to see how he could send in an application.

"I got a call from him just asking about the program,” Belen Casillas, Coordinator for Keep Tyler Beautiful said. “Then he told me his whole story, and I thought this is a story worth telling. The story was that his son had passed away, and he wanted to honor his memory by displaying one of the artworks on these traffic cabinets."

What started as ten vinyl-wrapped traffic cabinets in downtown Tyler, has turned into 60 spread throughout the city. One of those now belonging to Galen Morrison.

The box displays a coyote in the desert.

After submitting Stephen's artwork to the program, his box is now located on the corner of Dawson and S. Beckham Avenue/Troup Highway, close to where he would hang out at Stanley's.

"We wanted to put it there because I knew so many of his friends knew about his art,” Galen said. “I just want to every time somebody drives by that box and they know, Stephen, I want them to look at that box over the next three or five years that it'll be displayed there and say, hey, you know, that's some of Stephen's work. I remember Stephen and I remember how he touched my life."

If you want to participate in the program, you can reach out to Keep Tyler Beautiful. You create your artwork, you submit it, and it goes through an approval process.