We're three months into when households could begin filling out the 2020 census. Area leaders say low response rates in certain counties is likely due to COVID-19. 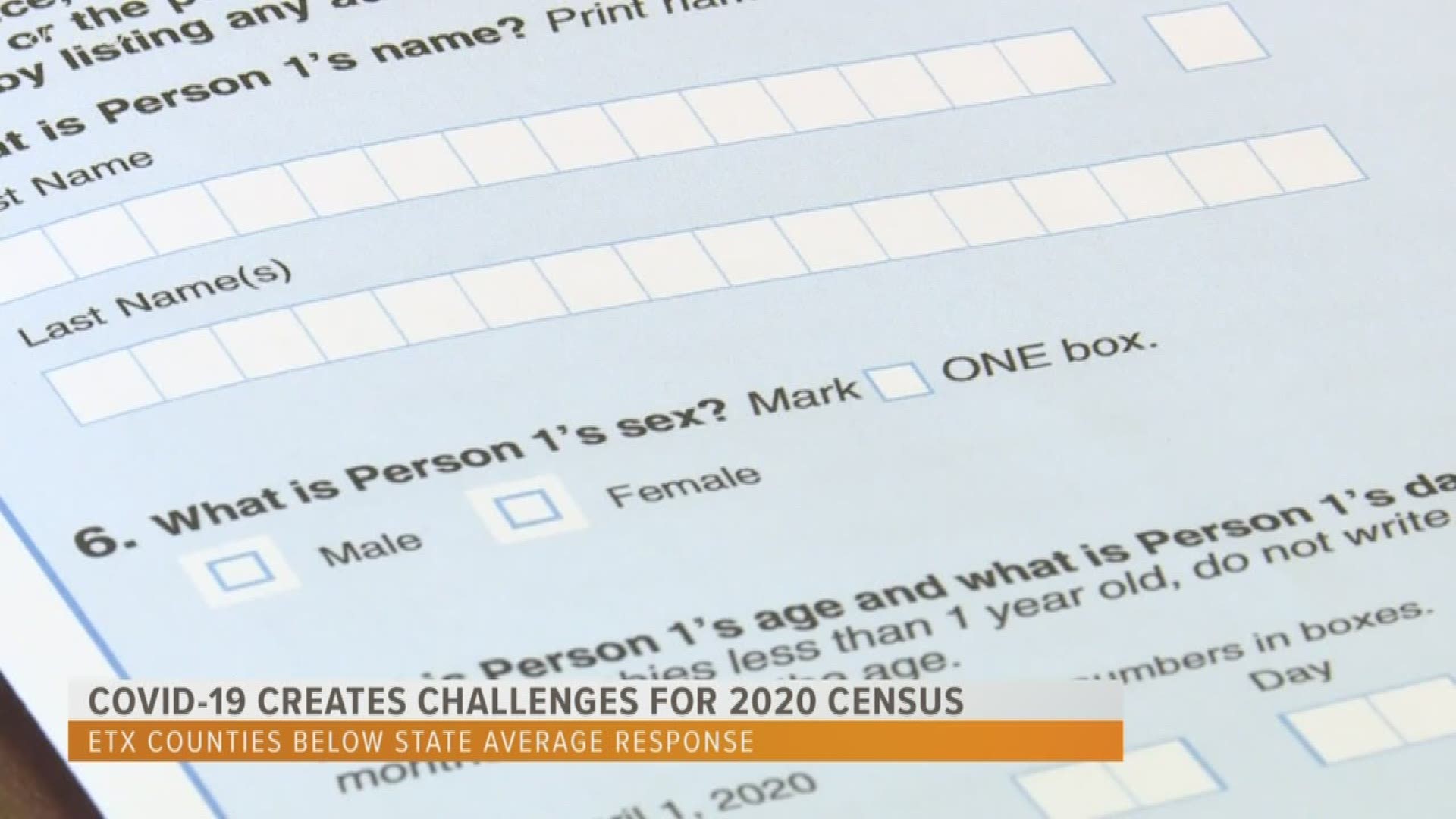 Three months into the 2020 Census, millions of households across the nation have yet to respond. If you're one of those millions, now is the time to do so.

"We already had enough barriers and challenges coming into this, COVID-19 has really added even more to what we were trying and striving to overcome,” Rangel said.

Census Day fell on April 1, but as of Friday, on 62.3% of households across the country have filled it out. In Texas that number falls behind the national average at 57.3%.

Longview and Palestine are above the state average when it comes to self-response rates, but other more populated East Texas areas, such as Tyler and Nacogdoches, sit below the state average. Anderson county is one of several that fall below the 50 percent range.

"Because of COVID a lot of families were prioritizing themselves, just doing healthy things, and having a job,” Rangel said.

In light of the pandemic, the U.S. Census Bureau has adjusted the overall timeline.

Census takers started visiting homes of those who haven't responded in July instead of May. The last day to fill out the census is now October 31.

"We're encouraging everyone not to wait until the very last minute, but the deadline has been extended, so that's very important for our viewers to know,” Rangel said. .

Funding to East Texas counties is directly related to the population.

Texas received $59.4 billion from the 2010 census. That money was distributed to different counties, including those in East Texas.

RELATED: Trump excluding those in US illegally from reapportionment

One person not filling out the census can equal a loss of $1,500 for the state and counties.

Even if only 1% of the population is unaccounted for, the state could lose as much as $300 million.

The 2020 census can be filled out online, by phone, through the mail or in person. There are 12 different language options.

The East Texas Complete Count Committee will be hosting a drive through for people to fill out the census in person. A date is not set yet, but they encourage people to check their Facebook page for the latest update on when it will take place.

RELATED: Texas lags behind rest of U.S. in responding to 2020 Census

RELATED: Census Bureau delays deadline for 2020 count by 2 weeks due to coronavirus

RELATED: The 2020 Census: How your count impacts East Texas funding