A New Mexico family believe the heart-shaped pendant they discovered on their visit to San Antonio contains cremated remains.. 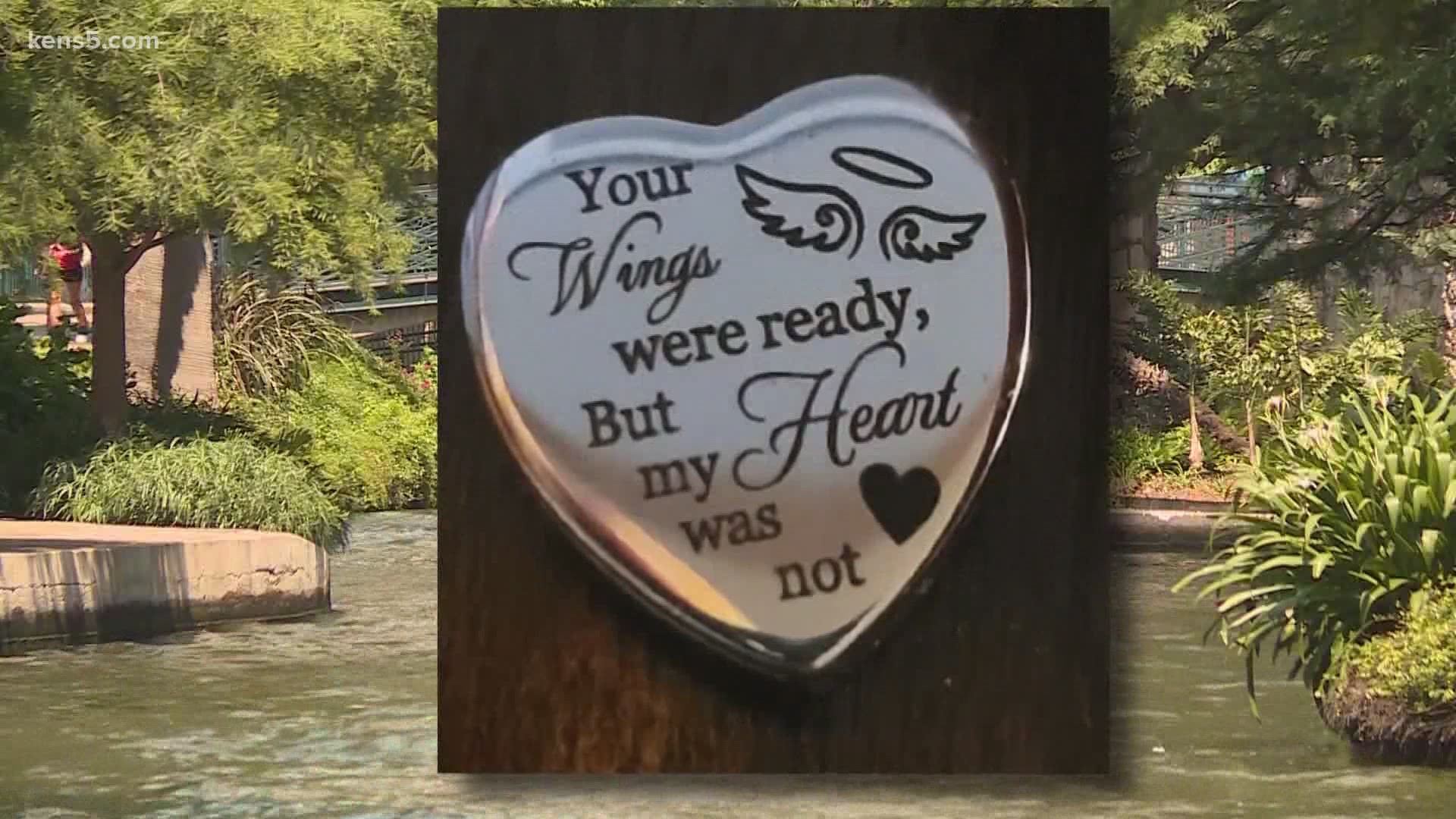 SAN ANTONIO — A family from New Mexico is calling on you to help them solve a mystery in the Alamo City. They found a heart-shaped pendant on their visit to the River Walk and believe it contains cremated remains.

Corrinna Gonzales says she was in San Antonio with her mother and father for a graduation. Last Tuesday, they decided to take a stroll on the River Walk. As they were going down the stairs, Gonzales’ mother noticed the pendant on the ground.

“My mom was the one who found it. When we were coming down the stairs, it was at the bottom of the stairs,” recalled Gonzales. “She said oh, look! And picked it up.”

The family looked closer at the silver heart-shaped pendant and noticed a phrase that was engraved on it. She says that lead them to believe the charm contained ashes.

“It said: ‘Your wings were ready but my heart was not.’ It looks like it’s sealed. So, I’m not sure if there’s remains in it,” she said.

Gonzales says the family didn’t want to break through the seal to find out what was inside. She says it appears that it can be attached to a necklace or even a bracelet, similar to a locket urn.

“I’m hoping it can get to the rightful owner especially, if it does have remains in it,” said Gonzales.

A family member who lives in San Antonio has also, posted a picture of it on social media in hopes that the owner will recognize it.