This creative dad and daughter duo are hoping to give back by collecting video games for area children's hospitals. 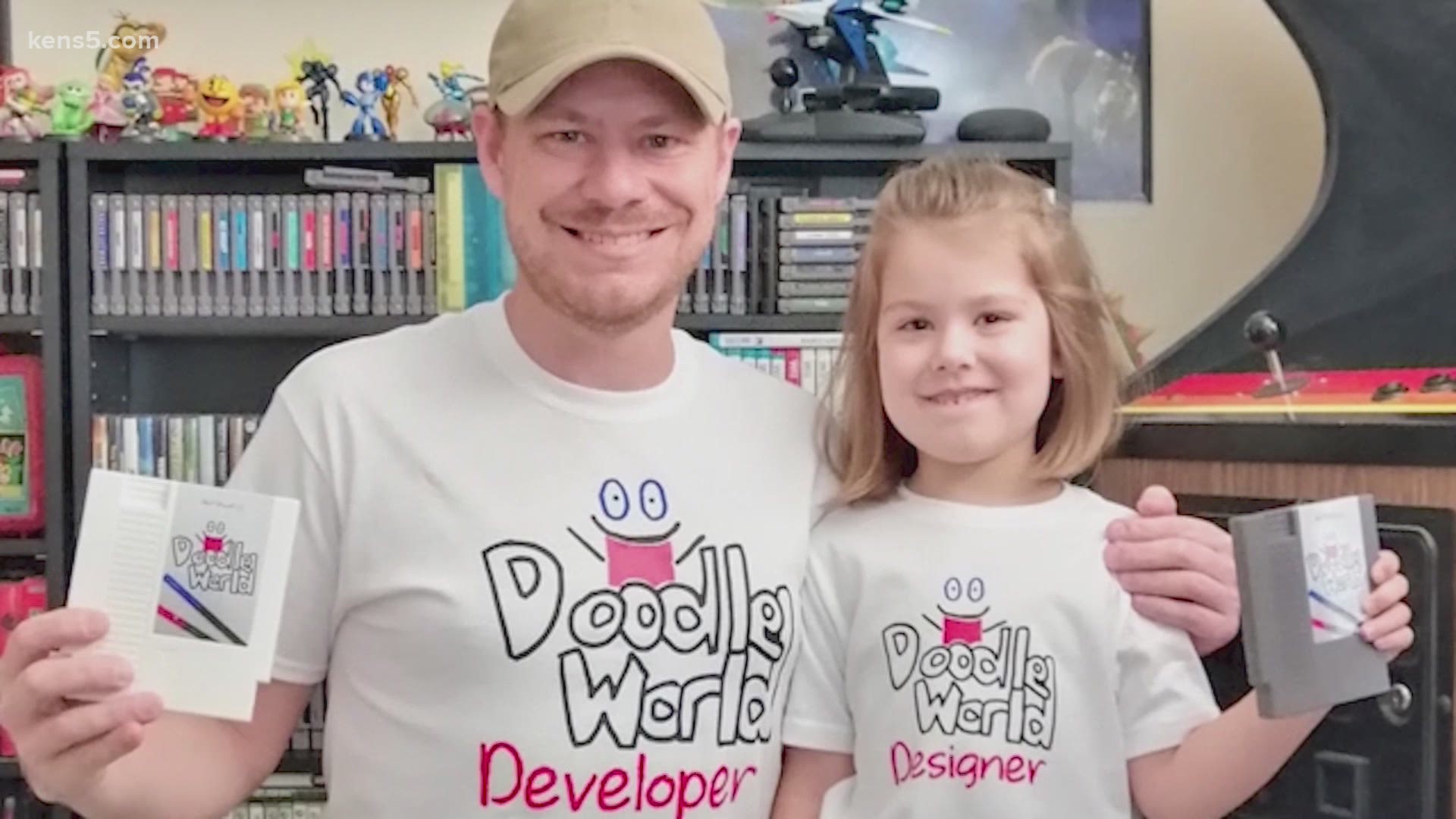 SAN ANTONIO — A U.S. Air Force Veteran and his 6-year-old daughter found a creative way to spend their time in quarantine.

They invented a video game that will soon be released for the original Nintendo.

Nate Peters said he was brainstorming a new idea for a video game, when his daughter, Araceli had an idea.

“I was watching Araceli sit at the table drawing doodles…and it just hit me,” said Nate. “It’s a perfect concept and just exploded from there.”

“I created the game,” said Araceli. “It’s about this guy, his name is Doodle.”

“You play as Doodle. The evil King Eraser has stolen the magical crayon that created Doodle’s world and it is up to you to get it back,” said Nate.  “Along the way you will cross multiple worlds, each designed to look like crayon color drawings on notepad paper, fighting and dodging the evil King Eraser’s office supply minions."

Nate said the game also has a “kids’ mode” where it’s easier to access different levels.

Nate said video games have helped him while he was in the hospital while receiving treatment for a degenerative disease called Ankylosing spondylitis.

“I’ve spent quite a bit of time in the hospital over the last couple of years for back surgeries,” said Nate.  “And, being stuck in the hospital and having video games to take my mind off things is just a godsend.”

The game is now posted on Kickstarter, and Nate said it was an overnight success.

“We had such a huge turnout. We met our goal in 11 hours on Kickstarter, and it’s just been going up since then,” said Nate.

That’s why he and Araceli decided they wanted to give back by helping children in area hospitals.

“Kids at children’s hospitals can use stuff like this to help take their mind off things,” said Nate.  “That’s why we’ve decided we’re going to use some of the money to buy them game consoles and some video games so they can play while they’re staying there to help relieve stress and get their mind off the situation.”

Nate said they’re working with the Children’s Hospital of San Antonio to collect donations for games.

If you’d like to donate, you can find more information on the Doodle World Kickstarter page.