Owner Dominick Oliverie, 74, says, "it's time to be more about family than business," after serving Dallas sandwiches for 47 years. 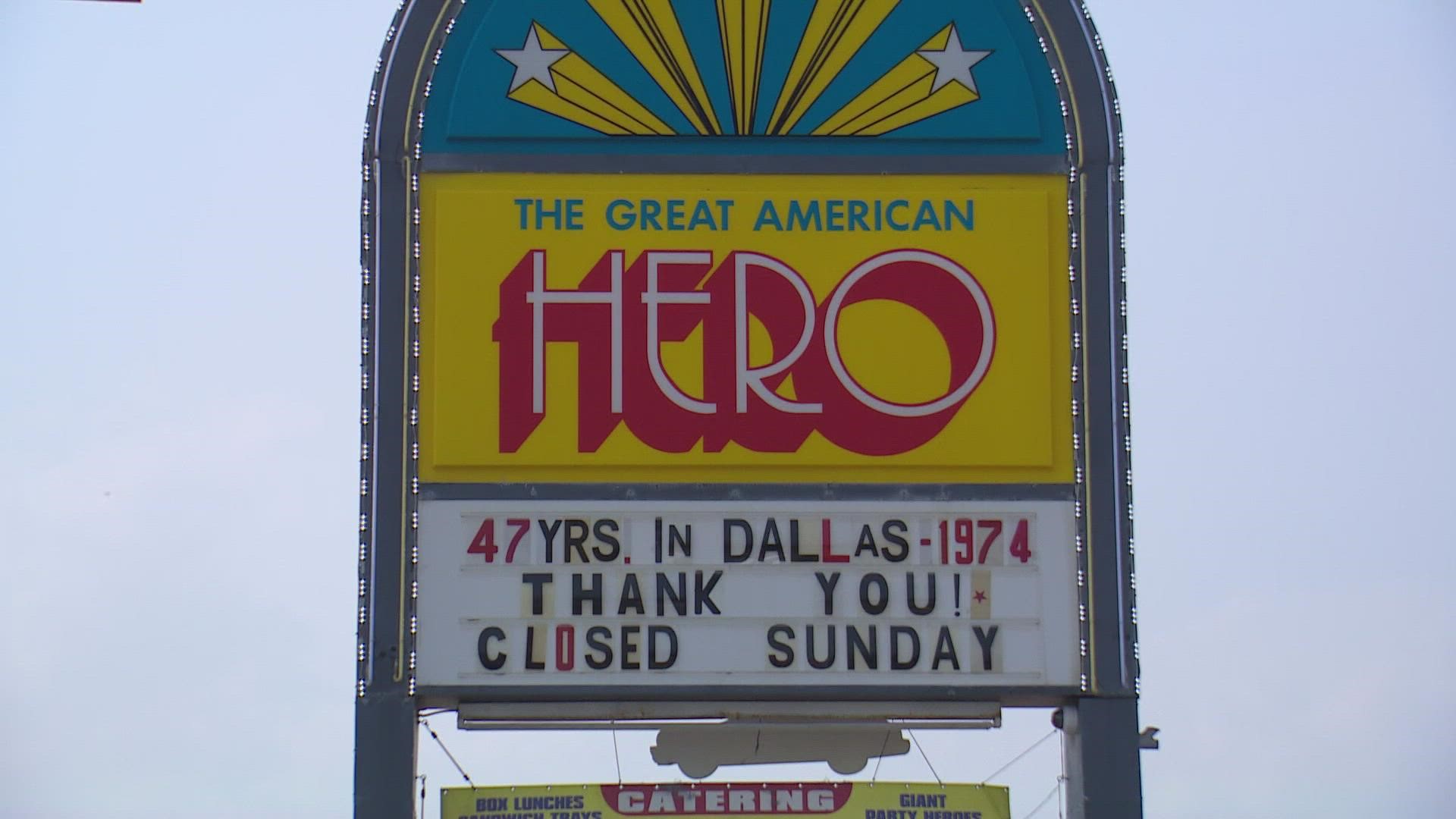 The 74-year-old took orders behind the counter of his beloved restaurant, the Great American Hero sandwich shop, on Lemmon Avenue Tuesday.

It's been around since 1974, and you can understand why when you hear Oliverie working his magic.

"You like hot or cold sandwiches?" He asks customers in a thick New Jersey accent.

"Oh, well, then you're going to love the number 1. Try that one, and I might insist you try this sauce. It's a little hot! But I think you'll like it."

The drive-thru line is a little longer this week, the orders stacking up a little faster, and the restaurant's supplies are depleted a bit quicker throughout the days because word has gotten out: Oliverie is retiring, and his shop is on track to close in October after 47 years.

"It's time to be more about family than business," Oliverie told WFAA Tuesday. "But I may need to give you an apron because the response has been overwhelming!"

Everyone in Dallas who appreciates a good sandwich is now ensuring they get their final bites in before Oliverie rides off into the sunset.

For decades, he's served up 10 different types of bread that are freshly made every morning. His sandwich fillings are also purchased fresh from area farmers' markets daily.

"We pride ourselves on using really high-quality meats and cheeses," Oliverie said. "I read about a different sandwich shop recently that didn't have any tuna in their tuna sandwiches. We're not like that."

Oliverie was politely referring to Subway and a popular article that exposed the makeup of their tuna.

His jokingly fun nature and dedication to his sandwich craft are some of the reasons why Oliverie has lasted so long in Dallas.

He opened a few other locations but closed them in the 80s. He also works almost seven days a week at his shop on Lemmon, overseeing everything and making sure that his sandwiches are more than just a meal.

It's partly the reason why he has refused to expand or franchise his restaurant.

It's pretty hard to find dedication like that these days, and Oliverie admits it's hard to hire folks who want to follow it.

Some of the reasons why Oliverie is hanging up his apron surround labor shortages that are hitting almost every industry right now.

He's worked hard to survive the pandemic but said hiring folks to come work for him has become a struggle as business picks up alongside vaccination rates.

"I've had three or four of my employees leave because they can make more money on unemployment," Oliverie said.

"We're actually hiring right now. Make sure you tell everyone!" he said with a laugh.

Oliverie hopes to be done by Oct. 31 and has already had inquiries from wealthy and influential corners around the nation about buying his land and brand.

RELATED: PepsiCo to sell Tropicana and other juices, in $3.3B deal

For now, he's hearing people out. But he's more focused on the love and outpouring support beloved regulars are now giving him--ultimately fueled by the sadness of seeing a great restaurant go.

"I'm very humbled," Oliverie said. "I got tears in my eyes so many times. I mean, it's hard to leave a thing that you've been doing your whole life."