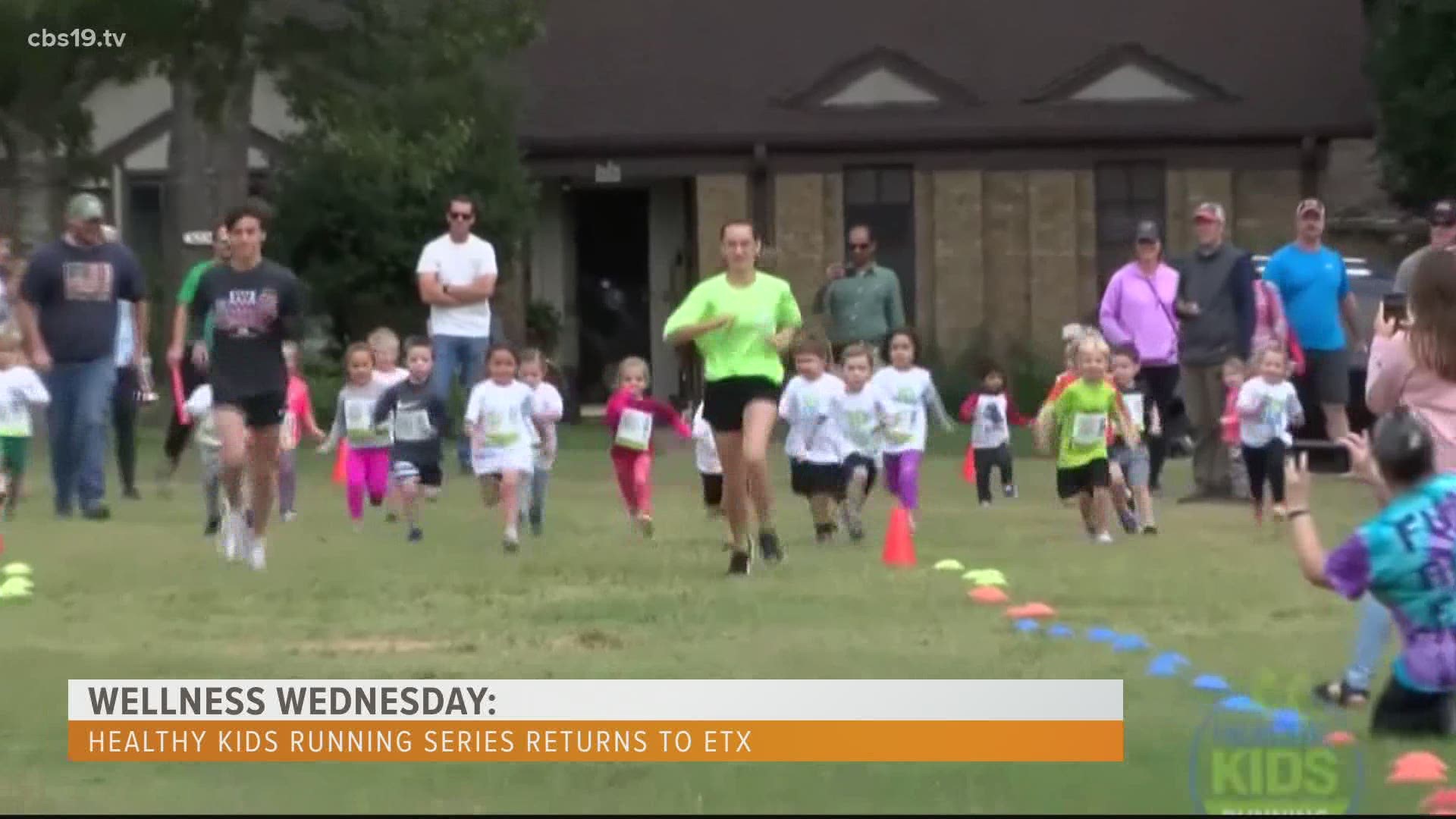 Reagan and Kate Patterson are in their fourth season of the running series and already they are seeing improvements in their run.

"I want to do marathons and half marathons like my mommy," Kate Patterson said.

The girls are two of 100 Tyler kids participating in the running series, which focuses on teaching kids the importance of leading fit and active lifestyles.

"We have a lot of kids that don't always finish in first place, you know they might finish the back of the pack, but they feel so proud of themselves for coming in and doing it," Megan Riaz, Healthy Kids Running Challenge community coordinator said.

The national nonprofit, which started in Philadelphia in 2009, runs kids races in 39 states.

Each Sunday at 4 p.m. in Pollard Park kids from all over town are separated into groups and they run distances according to their age group.

"Each week they come and run their distance and they earn points based on how they finish," Riaz said.

Although it is a timed race the kids are learning that it's not about how fast you run, it's about learning to set a pace.

Last year, nearly 70,000 kids ran in the running series nationwide. There are still three races left in the series this spring in Tyler and Jacksonville.

Registration for the races can be done online at the Healthy Kids Running Series website.