Mia DeLeon was battling leukemia and then lost her home to Harvey. But now, she’s about to have her life back. 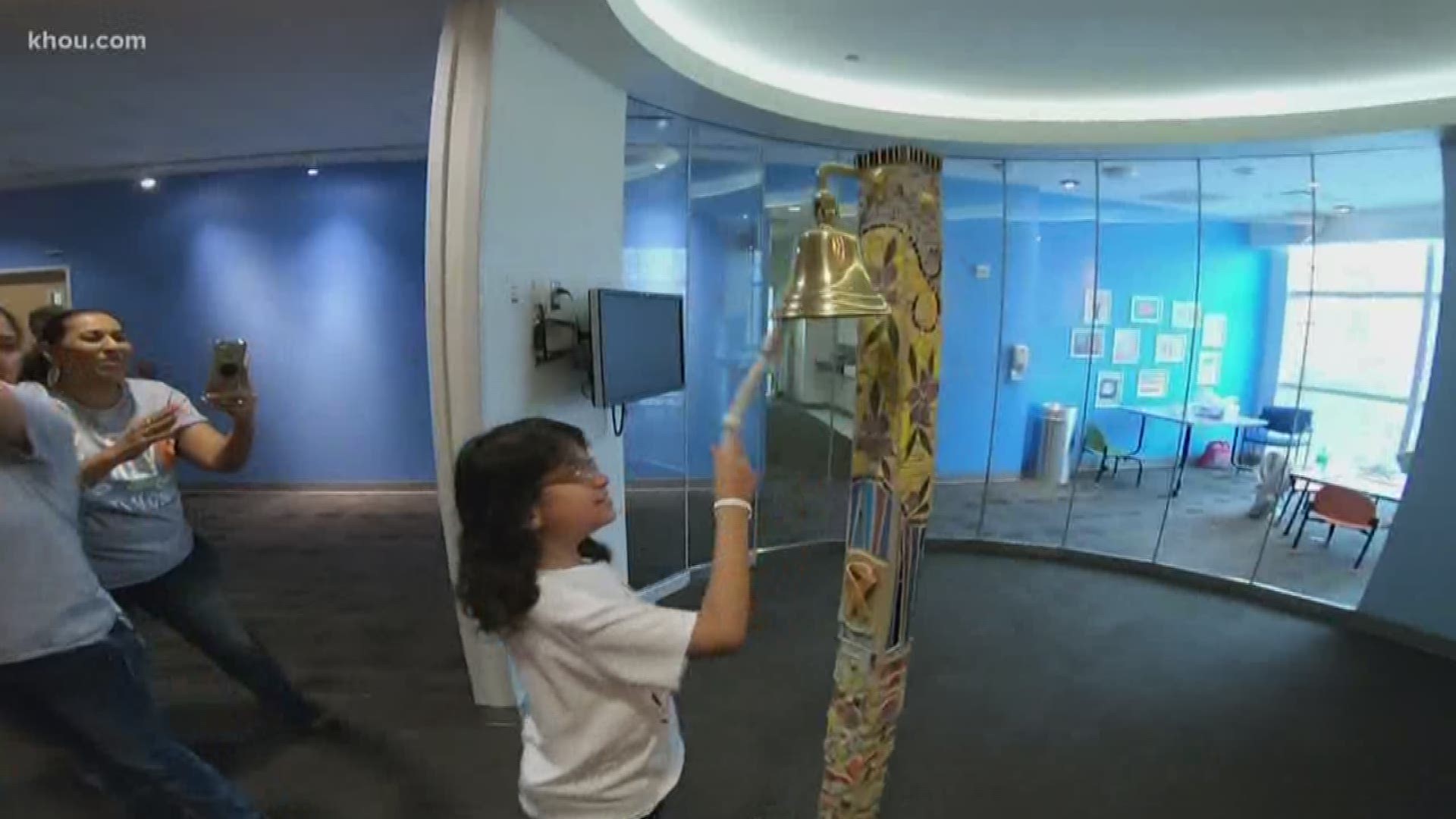 HOUSTON — It was a big day for one Houston girl, a day she’s waited 2 and a half years to finally say she’s cancer-free.

KHOU 11 first met Mia DeLeon right after Harvey. She was battling leukemia and then lost her home to the flood.

But now, she’s about to have her life back.

“I am in complete awe. She is my hero. I love her," said Martha DeLeon, her cousin.

“To be strong and to not be scared," Mia said.

But I think she’s up for the challenge. She’s already beaten the bad guys.

“They look to see that all the normal cell lines are back in, and there’s no leukemia, so she has that. She’s in complete remission," Mia's doctor told her at her final checkup at Texas Children's Hospital.

And in a few weeks, she’ll finish off Harvey.

Mia isn’t your normal 9 year old. Being diagnosed with leukemia 2.5 years ago kept that from happening.

But she’s battled it brilliantly.

Then when Harvey took her home, it was just another fight she had to win.

“They basically moved in with us with what they had on their backs," Mia said.

"She conquers one thing after another. You tell her no, and she will move mountains," Martha DeLeon said.

As the bell rings, Mia is finally cancer-free.