When Kris and Emily Burns struggled to conceive, they turned to embryo adoption. Today, they have a 20-month-old son named Ellis. 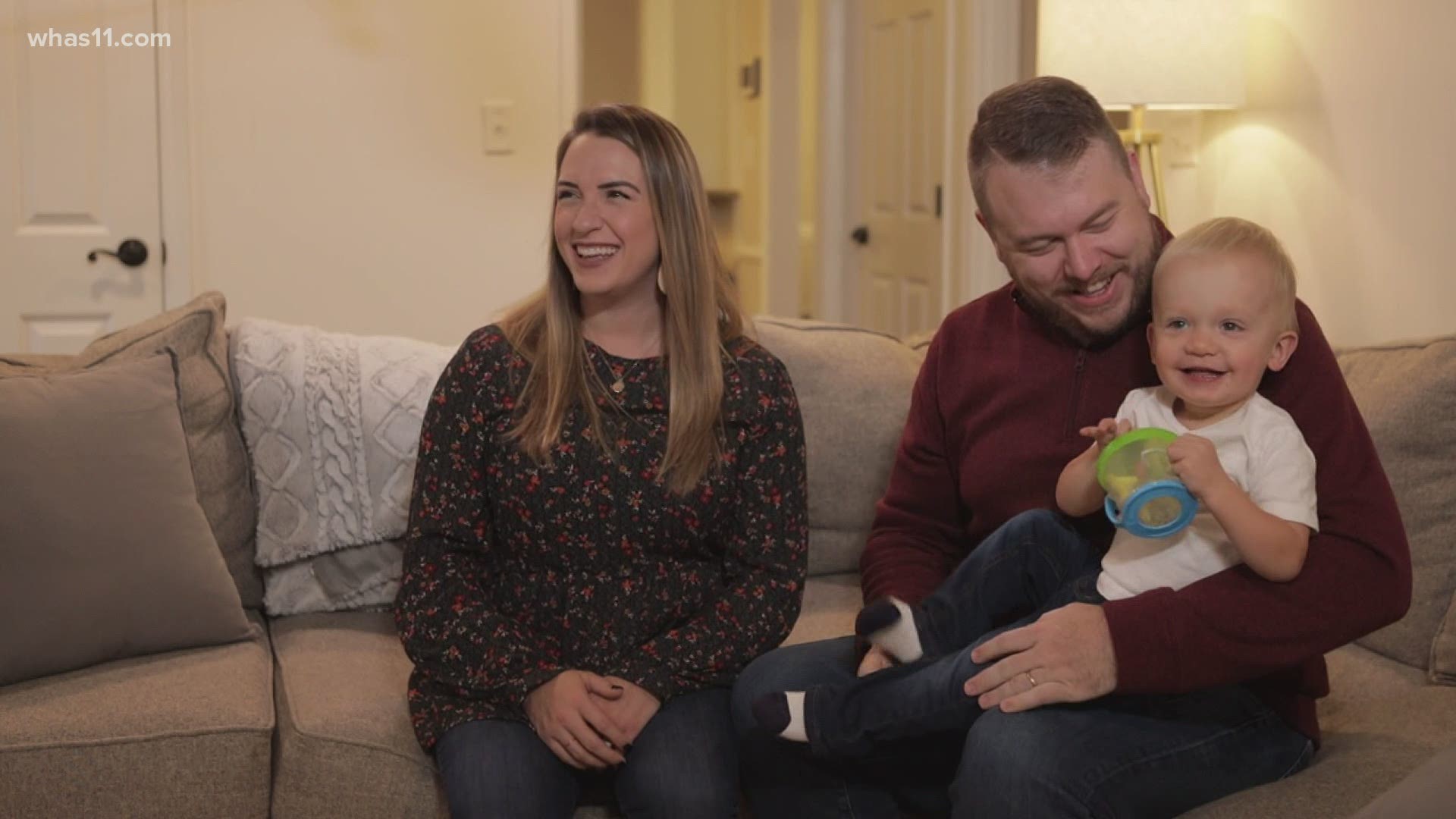 LOUISVILLE, Ky. — After Emily and Kris Burns got married, their next step was a no-brainer: They were ready to start a family. However, after two and a half years, countless doctor's appointments and thousands of dollars, they couldn't conceive.

"I'm supposed to be able to do this, this is supposed to be easy," Emily Burns said. "People have children all the time and when it happens to you, you feel like, 'Why is this my story?'"

The couple was running out of options, but then they heard about something called embryo adoption.

Some couples who try invitro fertilization may end up with leftover embryos. The embryos that are still viable can be frozen, then used in future cycles, donated or adopted. Through embryo adoption, one or two of the frozen embryos can be transferred to another woman.

Think of it like a regular adoption, but you're adopting someone else's embryo and giving birth to it yourself. It's an option many families don't know exists.

"It's the only form of adoption where you can carry your adopted baby," Emily said.

For the Burns family, their adoption was a success. Twenty months ago, Emily gave birth to a baby boy that they named Ellis.

Ellis' embryo had been frozen for twenty years before the Burns adopted him.

"There's so many times where I'm like, he was frozen suspended in time for twenty years and now he's just, like, running around our living room," Emily said.

Kris and Emily said as he grows up, they will be transparent with Ellis about how he was brought into the world.

"It's never going to be a secret," Emily said.

Until then, Kris and Emily said they're going to cherish every moment with their snowflake baby - the one that waited for them until the time was right.

"He was just sitting there in a freezer waiting for someone to call him their own and now he's our perfect little child," Emily said.

According to the CDC, nearly 2% of every baby born in the United States each year are conceived through Assisted Reproductive Technologies (ART) like embryo adoption. You can learn more about the process and local services on the CDC website.

Make it easy to keep up-to-date with more stories like this. Download the WHAS11 News app now. For Apple or Android users.