The cute golden pup appeared to be all smiles and tail wags at Chase Field as he was recognized by the D-backs before Sunday's game. 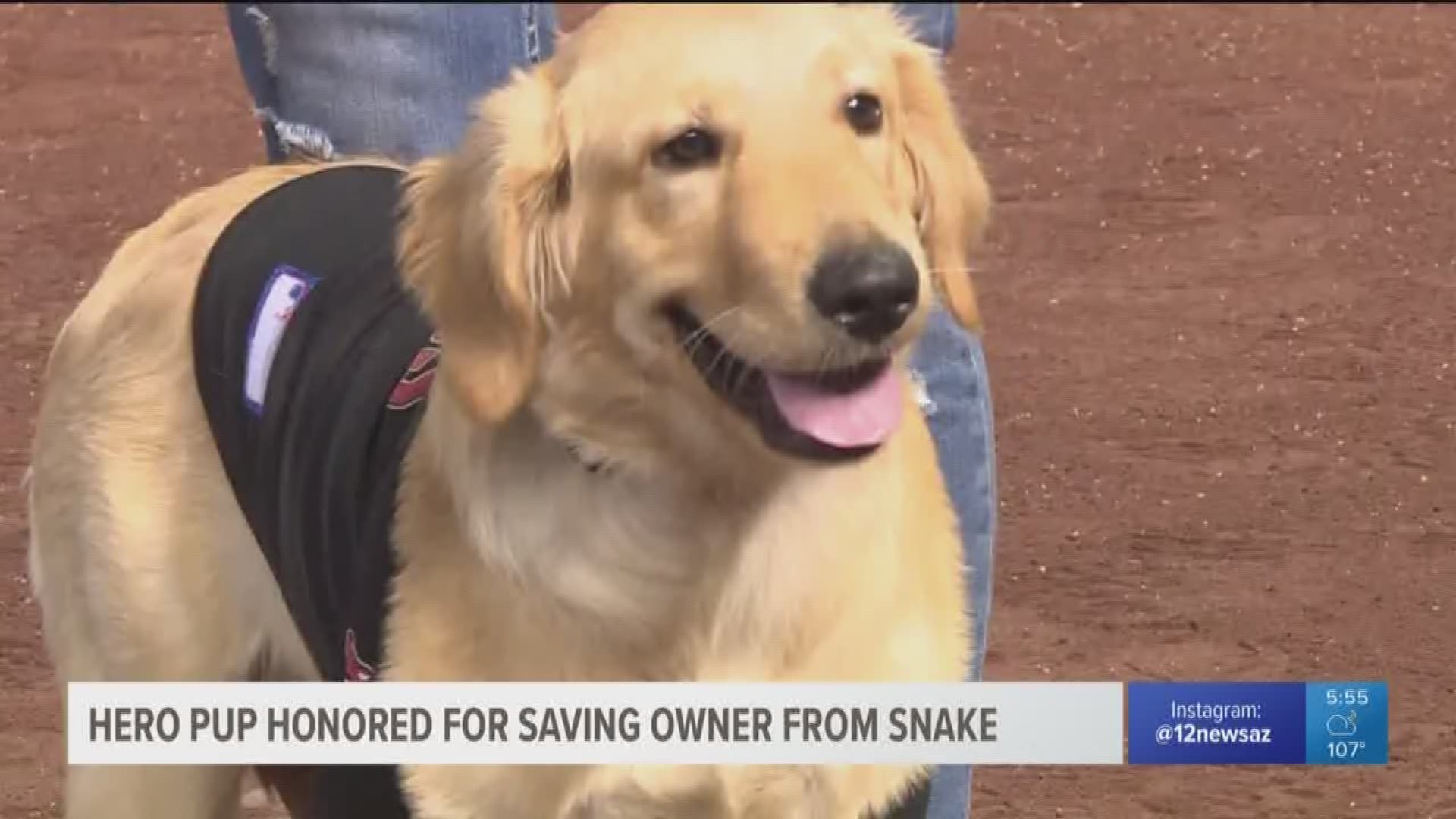 Tails were wagging at the Arizona Diamondbacks game Sunday as an adorable four-legged hero was honored for his selfless act.

Todd the dog's owner, Paula Godwin, said he recovered "so well" after his run in with a rattlesnake last week.

While Godwin and the 6-month-old Todd were out for a hike, Godwin was nearly bit by a rattlesnake that she didn't see.

"He literally just darted right toward that snake by my leg and he took the bite for me," Godwin said while down on the field at Chase Field.

Todd had a swollen face as a result of the bite, but his picture and heroic act went viral.

The cute golden pup wore a D-backs jersey and appeared to be all smiles and tail wags at Chase Field before Sunday's game.

After saving his owner from a rattlesnake bite, 6 month old #ToddtheHero was recognized by the #Dbacks before their game - happy to report that Todd is recovering well! Tails are wagging in #Phoenix.

"Through tragedy, he ended up persevering through it," Godwin said.