Police said the driver's diabetes caused him to become confused. He eventually drove his way to Kilgore, where officers went above and beyond to care for him. 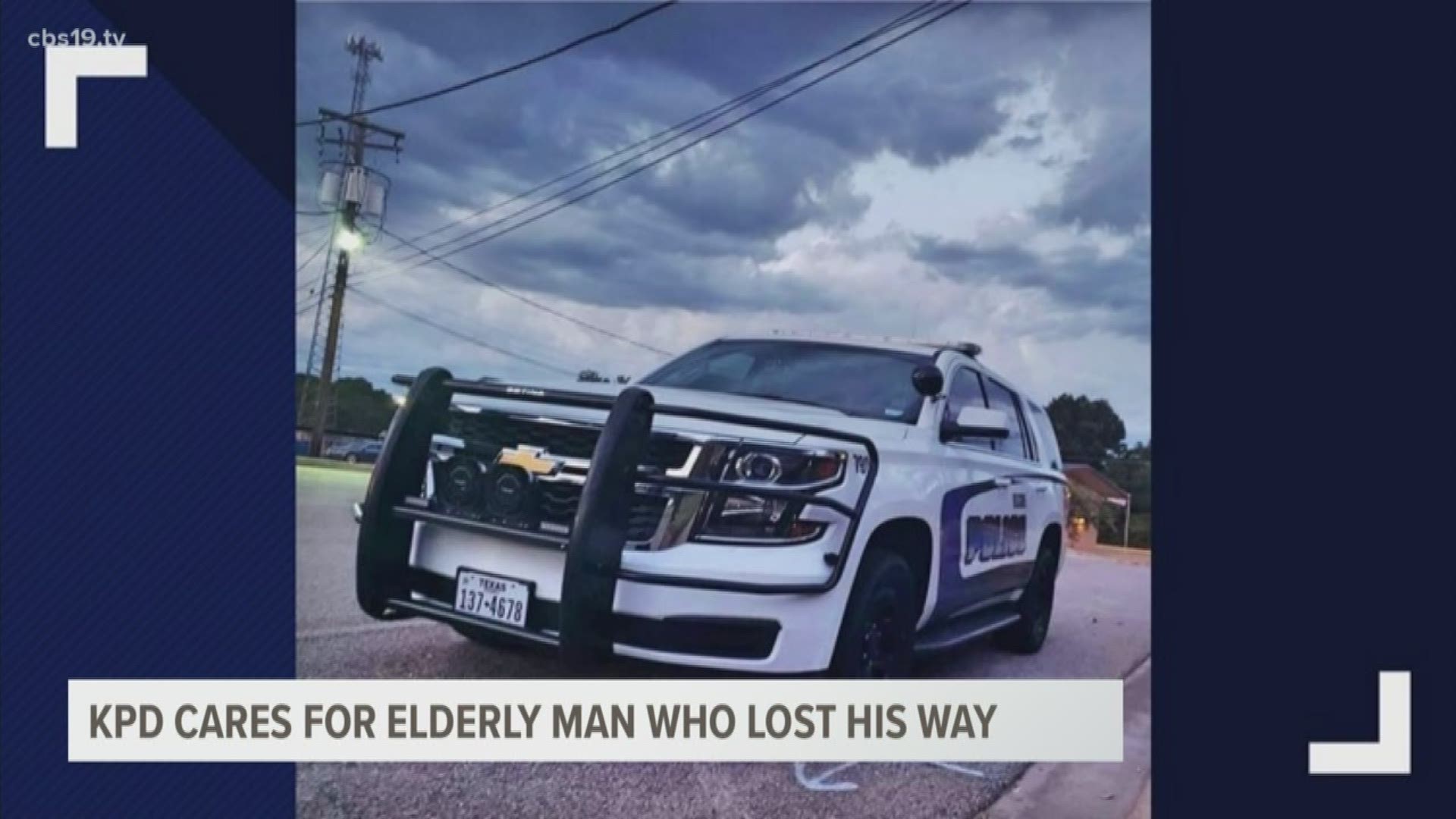 KILGORE, Texas — The motto for the Kilgore Police Department is: "Serving our community." While each day they work to serve the community, every now and again, an opportunity presents itself to show how seriously the department takes their motto.

According to Kilgore Police Chief Todd Hunter, on Monday night, Officer Lira caught up with a driver who was reported to police earlier for driving on the wrong side of the road. The officer stopped the driver in Gregg County, north of I-20.

After the initial stop, Sgt. Dukes arrived on the scene shortly after to assist. Officer Lira and Sgt. Dukes learned the driver was a 70-year-old man, who appeared to be confused. Both officers treated the situation as a medical situation and called EMS to evaluate the man.

The man's diabetes was causing him to become confuse. The officers helped to treat him on the side of the road while others within the department called the man's son in Houston.

The son told police his father left for work in the morning in Houston but never returned. Chief Hunter said the officers determined the driver's confusion caused him to get lost, and he was driving, eventually ending up in Kilgore.

The officers brought the driver to the police department, where they helped take care of him until his sons drove up from Houston to pick up their father. The officers also drove the man's truck to the police station so the man wouldn't need to pay a tow fee.

"They treated him like they would have treated their own Father," Chief Hunter said. "Well, this is a shining example of what the dedicated men and women of KPD do all the time. Your Officers do serve honorably and compassionately because they care. You have one of the best Police forces in all of Texas."