Cory Stevenson lost his 12-year-old son when an intoxicated driver veered into the garage where he was looking for his hamster. 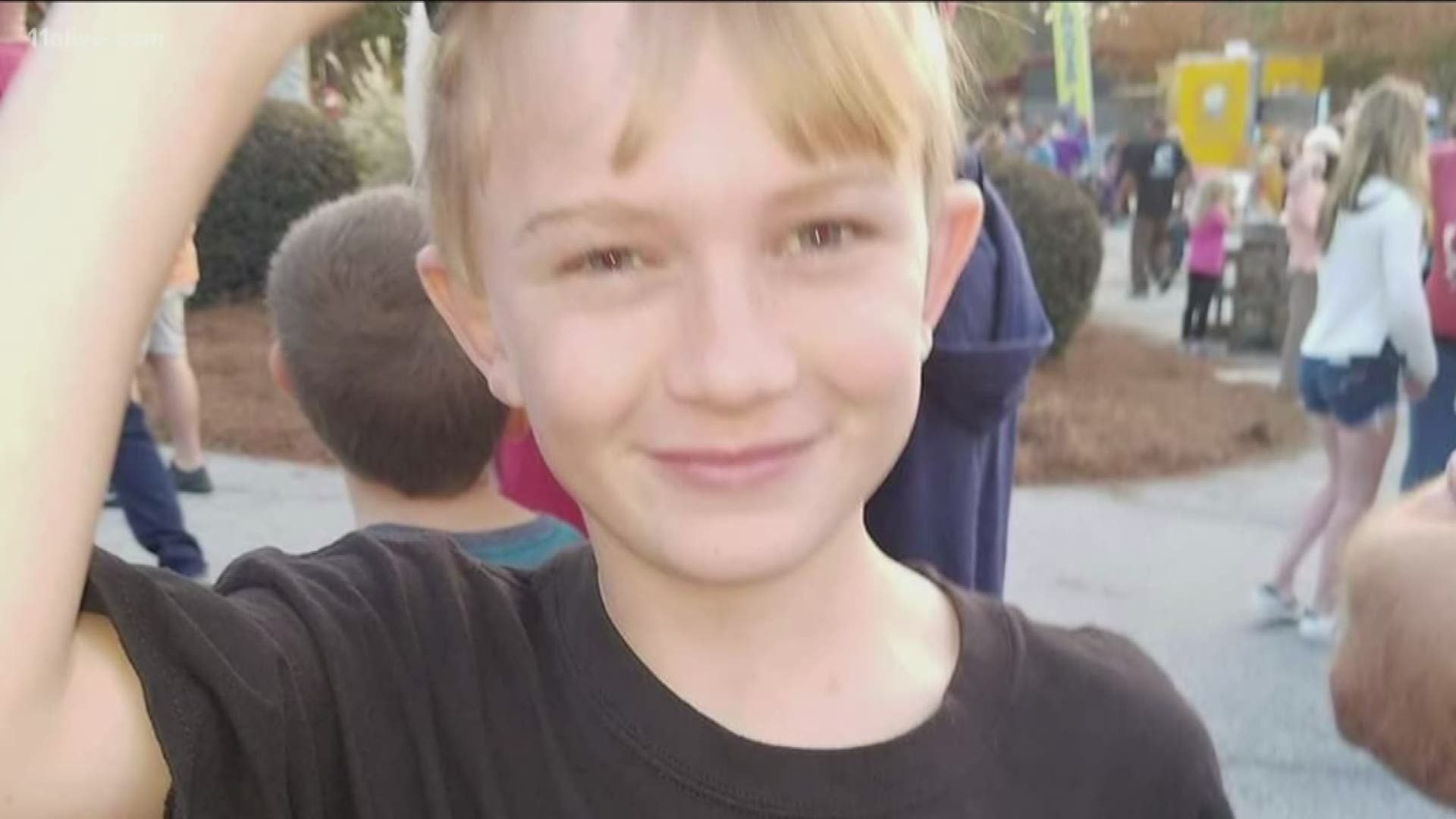 COVINGTON, Ga. — When Cory Stevenson lost his 12-year-old son, Braden, he sought a new normal, a new home for his family. He wanted to make sure his late son was also a part of that.

Just after Braden's death a year ago, his youth group gave him seeds to plant an oak tree.

“We drove by this house and we saw an empty spot out in the middle of the front yard of that house that that tree would fit perfectly in," Cory told 11Alive's Elwyn Lopez.

His wife, Kesha, said the house wasn't even on their list, but it just happened to be on a road they were passing during the search.

"The house wasn’t even on the market," she said. "It was a for sale by owner. We called her and it was just God’s will. This is where we were supposed to be."

This week will mark a year since they lost Braden. Saturday, they planted the oak tree in front of their new home - in Braden's memory - surrounded by dozens of family and friends in prayer.

If you wish to donate to the family, a GoFundMe is available here

Now, in those moments is also Lucas McWilliams. The 13-year-old ended his life in October after being critically injured in the crash that killed his best friend.

"He had a year’s journey of getting his health back and his legs back functioning and we know within that same week that Lucas took his life," Cory said. "Sometimes life is so hard to bear."

RELATED: Young boy killed, another critically injured after car slams into garage while they looked for escaped hamster

The driver in that crash - Karlrio Kelsey - pleaded guilty in October to driving under the influence, causing that accident. He was sentenced to 30 years with the first 15 to be spent in prison. That same day, as he has said from the beginning, Braden’s father Cory was able to offer Kelsey forgiveness.

"My last words to him, I hope that he can be a father to his son and to live as a man of God," he said. "And for this to change his life, not to ruin his life."

Three lives forever changed. Cory’s family now left to nurture the soil around the tree which is situated just in front of a bench with Braden's signature, an image lasered into the bench of him holding a baseball bat. And on the other side is an image of the oak tree.

“I believe it’s a tree of life, and I believe that, for Braden, we all know that this life, well, we aren’t guaranteed one moment," Cory said.

Sophie Speaks: How a Georgia mother allowed her boyfriend to impregnate her 10-year-old