The Wall That Heals leaves its mark on East Texas

The wall is home to more than 58,000 replicating the Vietnam Veterans Memorial. 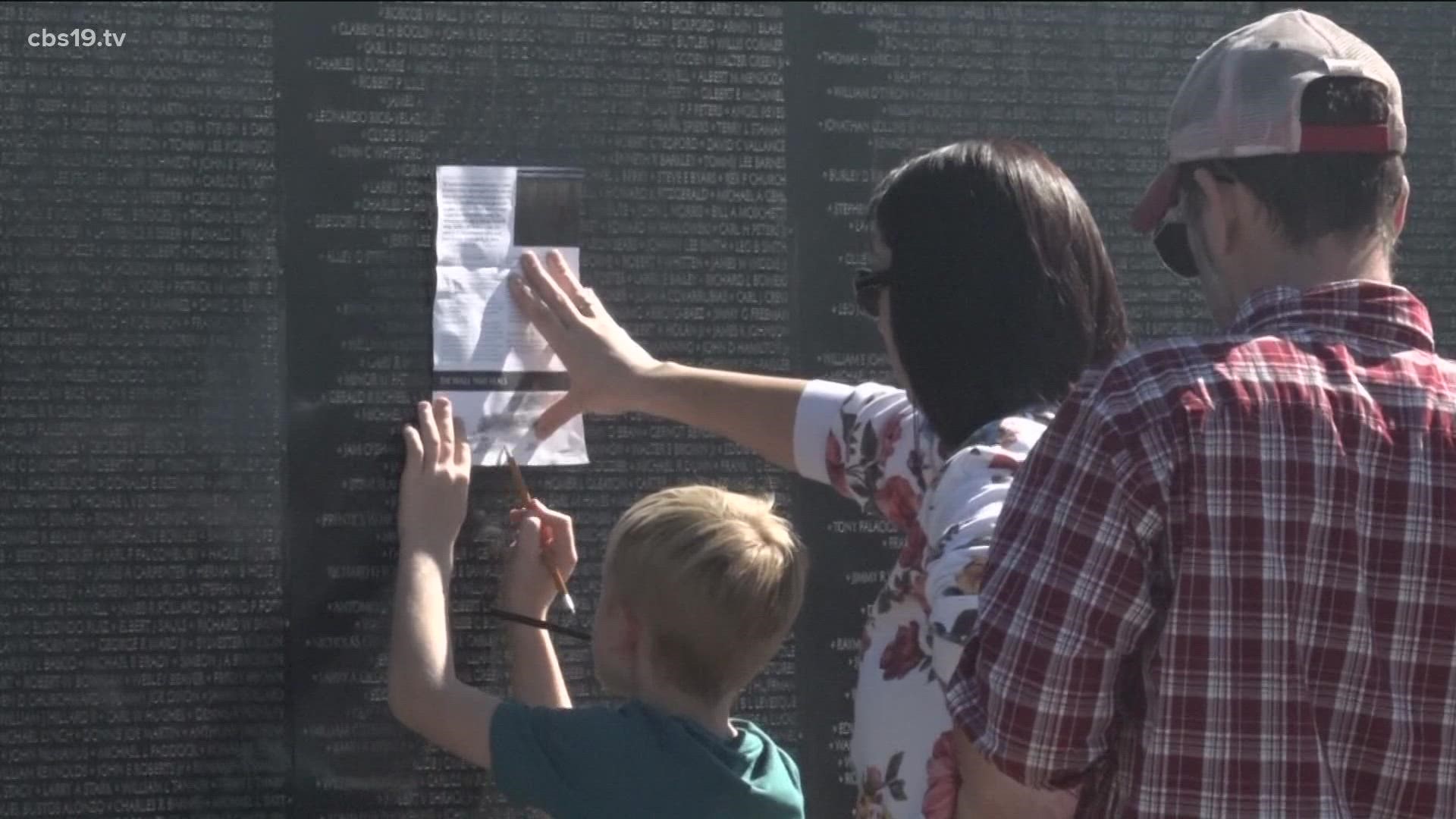 SULPHUR SPRINGS, Texas — The city of Sulphur Springs is a community filled with strong and resilient veterans.

Residents got the chance to extend their honor even further by being one of the 25 cities selected for The Wall That Heals Tour.

The wall is home to more than 58,000 replicating the Vietnam Veterans Memorial.

“It's to bring awareness and healing to all those Vietnam veterans that lost their lives and served in the war and their families that also lived with that after it was all over,” said Mandy Kennedy, member of the Hopkins County Veteran's Memorial Committee.

Veterans and community members got a chance to experience this honorary piece for nearly two weeks, allowing them to reflect and heal.

“It means a lot just to see it," said Rick Flanary, a Vietnam War Veteran who served from 1966  to 1973. "It's kind of touching, I have three men that I flew with that are on here, These guys, these are the heroes."

“Personally, having lost a relative and having other uncles and cousins that served during that time, seeing the outpouring of love from their community, they realize that their sacrifice was not made in vain," said Kennedy.

Sulphur Springs will now focus on the next task at hand which is their annual Wreaths Across America event, where wreaths are placed on the graves of those who served in the armed forces.