Whataburger throws party for dying dog in his final days

The popular restaurant chain answered a dog owner's request via Twitter to make his final days one to remember. 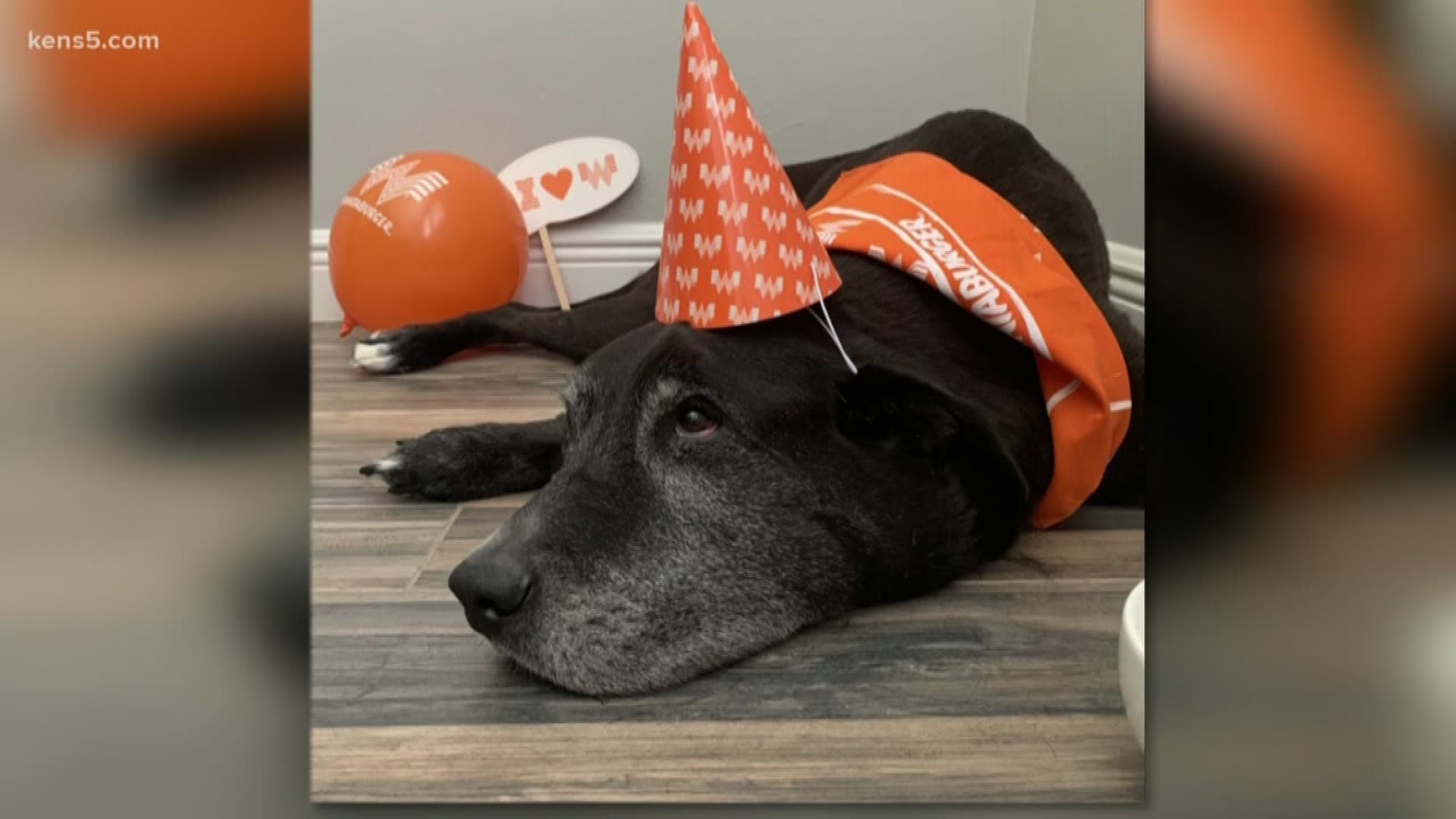 SAN ANTONIO — A tweet went viral after an Arkansas family asked Whataburger to throw a Whata-themed party for their sick dog.

Stitch the four-legged customer loved the Whataburger Jr. plain and dry with cheese, so it only made sense to have the last few days of his life surrounded by his loved ones…and burgers.

After being diagnosed with lymphoma, Stitch’s family requested that the orange and white fast-food chain celebrate with a delivery of combo meals, party hats, balloons and bandannas.

By the following morning, Whataburger responded to the request, saying, "Send us a DM!!!"

The family posted on Twitter a few days after the party that Stitch had “crossed the rainbow bridge where he’s now bouncing around on cheeseburger clouds! He was surrounded by so much love & we were fortunate to have Stitch’s Whataburger party making his last day so special! #whatastitch #welovewhataburger.”