One week out from the food and toy giveaway, organizers are asking for the public’s help getting enough food and toys for 25,000 people. 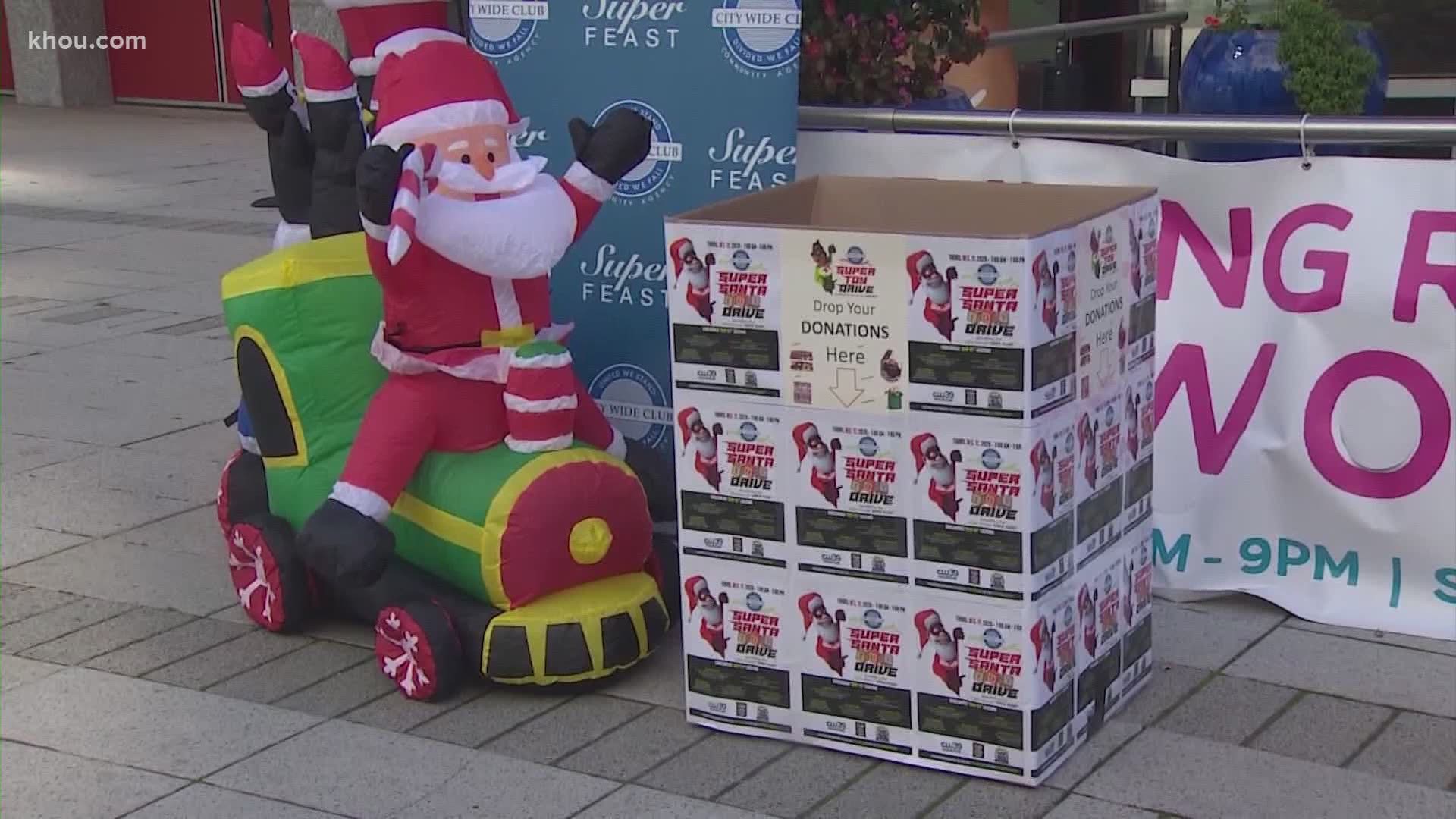 HOUSTON — Organizers of Houston’s Christmas Eve Super Feast say the pandemic is driving the need higher than ever.

One week out from the food and toy giveaway, they’re asking for the public’s help getting enough food and toys for 25,000 people.

Rapper 50 Cent and his G-Unity Foundation donated toys to the City Wide Club, the nonprofit that puts on Super Feast.

“You make more, you give more back,” said 50 Cent during a surprise appearance at a press conference Thursday morning. “They already have the foundation in this community built, so I was able to just make the collaboration, so you know it’s real as soon as you get in there.”

Pro sports teams and local leaders are also asking the public to help the nonprofit reach its goal of 100,000 toys.

As of Thursday morning, they were only 30 percent of the way there.

Like the 2020 Thanksgiving Super Feast, the Dec. 24 event will also be grab-and-go. Families can walk up or drive up to the George R Brown Convention Center to get their food boxes and toys.

Mayor Sylvester Turner said a lot of people didn’t have a way to cook the turkeys from the Thanksgiving giveaway. That’s why for the Christmas Eve Super Feast, the city is teaming up with 17 restaurants to prepare meals to go.

“It benefits our restaurants, it benefits the people who need it,” Mayor Turner said. “25,000 prepared meals will be available in addition to all the other things that people can get on Christmas Eve.”

People who want to help can donate toys, bikes, or nonperishable goods through 7 p.m. Thursday outside the George R. Brown Convention Center at Polk and Lamar.