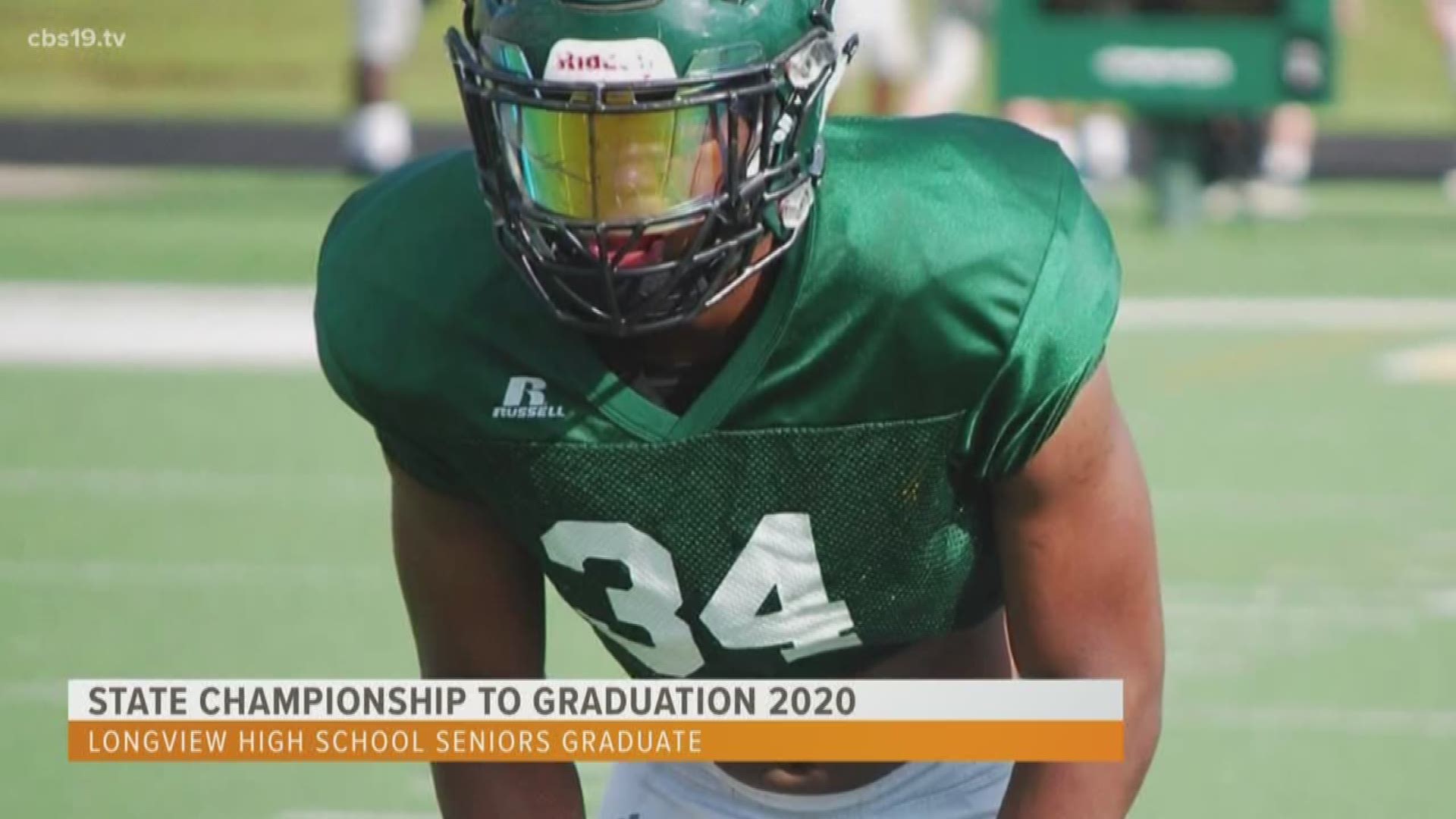 "The best way to put it is I'm hyena happy and peacock proud for him to graduate." LaDarian Brown his legal guardian said.  He's overcome quite a bit. Oh, statistically he should not be where he is, and with him overcoming all of that. I'm extremely proud of him for that."

Taylor is an athlete to remember. His junior year, he helped the Longview Lobo football team win a 2018 state title.

Brown says all TyShawn's hard work came to light in one special moment.

"Longview wouldn't have the state championship and coach King would agree if it wasn't for him doing what he did," Brown said. "All the boys fought the whole time, but there was a very pivotal play where Tyshawn forced the fumble, and that's the reason why we were able to pull the victory off in the long haul."

Even with a state title to look back on, Tyshawn says he's stayed focused on what matters most to him.

"Learning is the most important thing, and just being around friends working together," Tyshawn said.

He entered his senior year in the fall of 2019, and like other students across the country, it was cut short because of COVID-19.

"A couple of friends and I, we wake up, we work out like 4:45 in the morning and go to the hospital," Tyshawn said. "We were feeling like dang we can't go work out, we can't even just go to school like normal, it's just over."

"It took a lot from him," Brown said. "There's a lot of experiences that he won't get to have. You have prom, you have just a normal graduation. It's you know, just finishing up your senior year it's a lot of things that he didn't get to experience because of this pandemic that has taken place."

As TyShawn's senior year came to a close there were protests around the nation, protests against police killings of black Americans. A conversation Brown says he'd already had with Tyshawn.

"Being a police officer quite naturally, I've informed them on exactly what they need to do and how to handle themselves amongst the police," Brown said, referring to Tyshawn and his group of friends. "I always say police all of us are not the same. All of us don't look at the world the same way. We're human beings behind the badge."

Despite all of the distractions, just like winning a state title, Tyshawn fought to the finish. On Tuesday night, he moved his tassel from right to left.

RELATED: Matthew McConaughey's after-school program kicks off at Longview in the fall