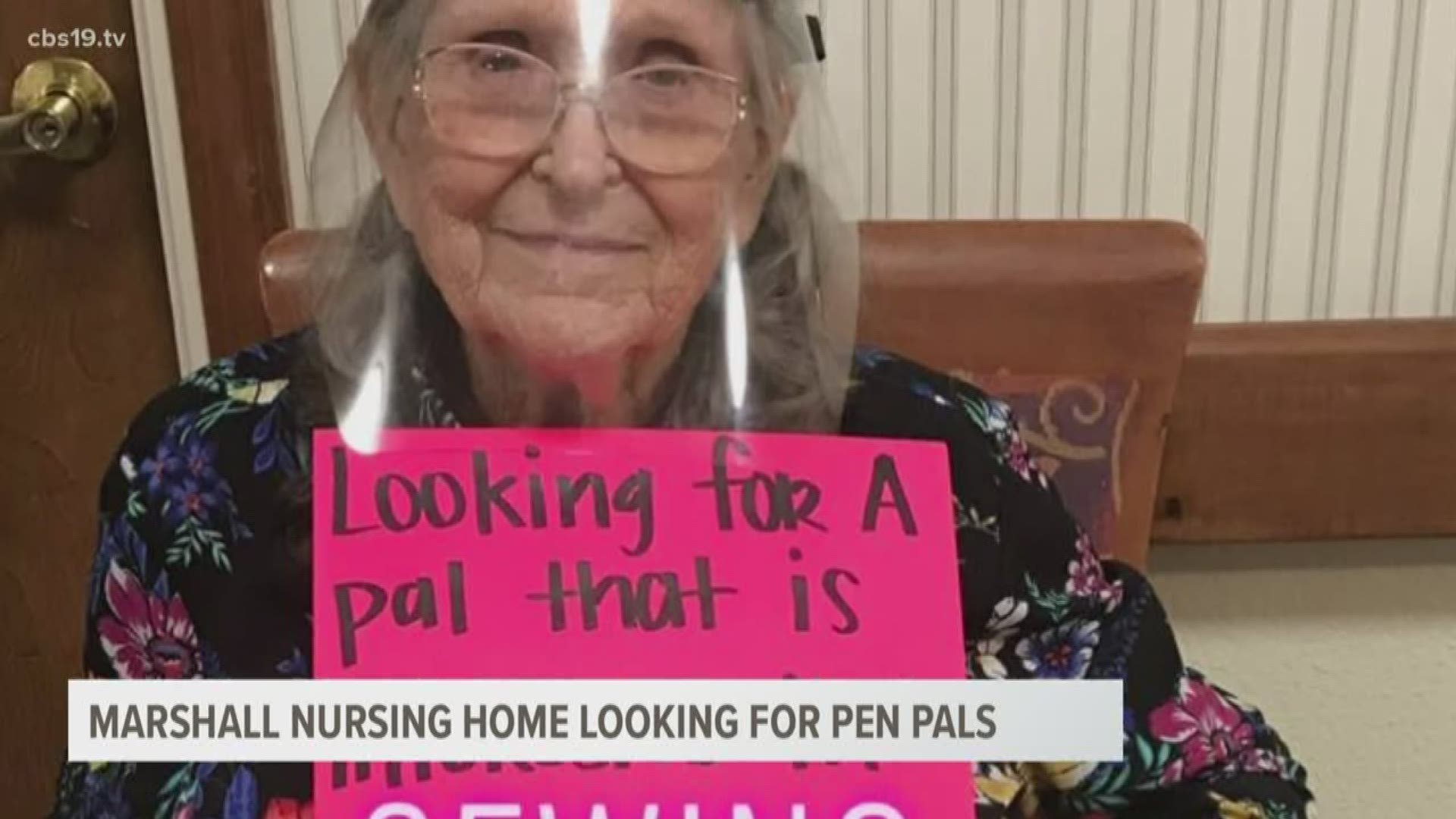 We've been told to social distance and stay at home for months now, but that can get lonely, especially for East Texans living in nursing homes.

"We had some that were depressed and they got these letters and they're like, oh my gosh, this is so awesome,” Brooke Collier, executive director at Oakwood House Senior Living, said.

After seeing pictures like these from nursing homes across the country, she decided to start pen pals for the residents in her own community.

Residents held up their own signs and took pictures letting people know their interests.

"[I want] a really good Christian that believes in God,” resident Dorothy Brigg said when asked what she was looking for in a pen pal.

“A friend, a Christian friend, if possible,” Janet Kichler, another resident, said.

"Just to be busy and find someone that would be interested in knowing what we like,”resident  Letitia Younger said. “I have a cat. She's in my room, and she's very good but she's spoiled."

The letters started pouring in soon after the post was made on Facebook. Their signs reached people all over Texas.

"It was wonderful to know that someone would like to write to us, even a 4-year-old,” Younger said.

"Once you get their mind on one topic and one interest, then their mind starts going back to those old days, and then they can start talking about new stories, and I'm telling you, the stories they have here are amazing,” Collier said.

If you’re interested in becoming a pen pal, reach out to Oakwood House Senior Living Community.

RELATED: Wife takes job as dishwasher so she can see her husband with Alzheimer's