Tyrese Gipson, of Jacksonville, has been missing for almost 400 days 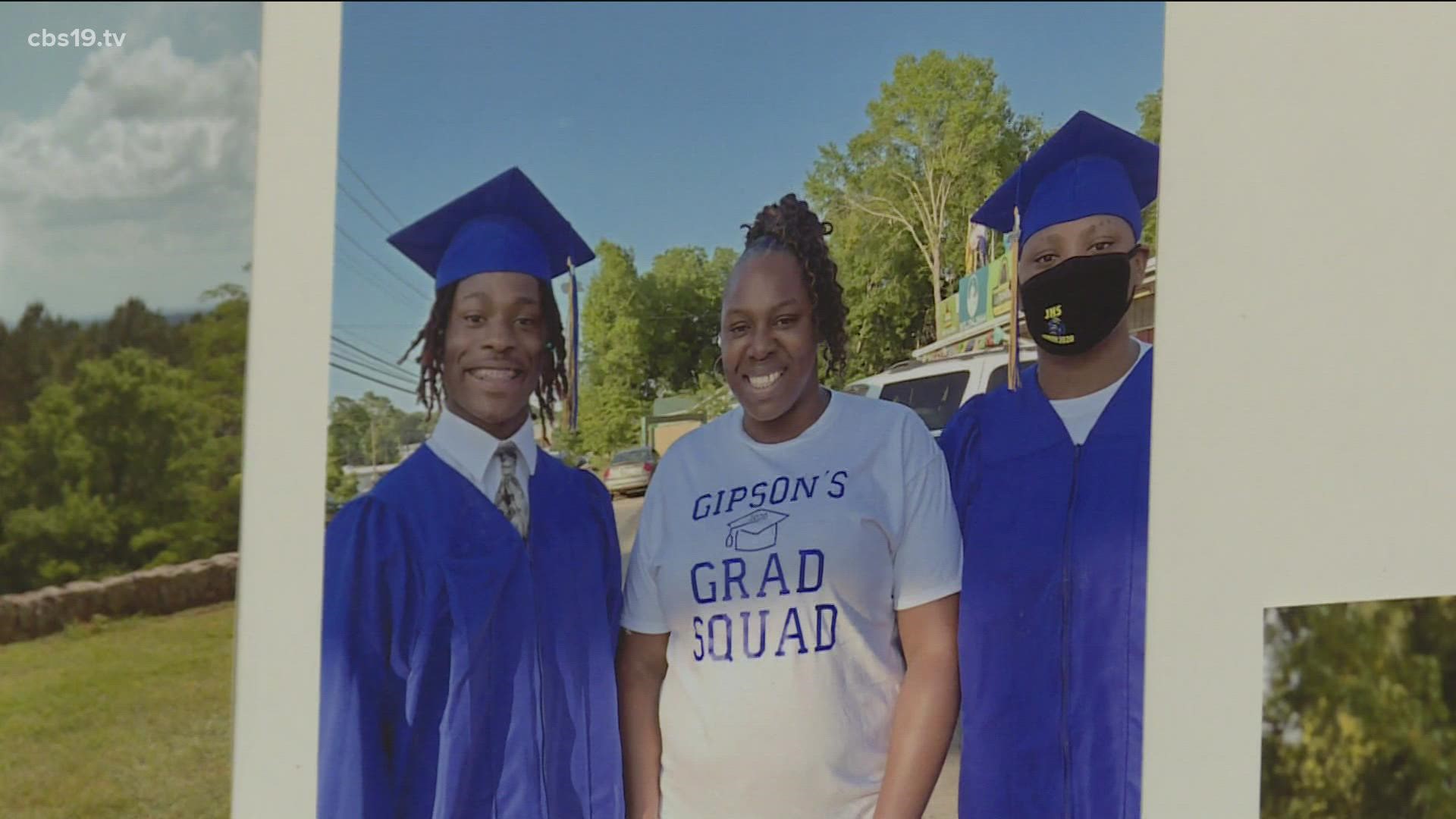 JACKSONVILLE, Texas — It's been almost 400 days since a Jacksonville teen went missing.

Following the coverage of the Gabby Petito case, his mother is wondering when her son will be found.

"Some days I wake up and it's like a dream like, 'okay, you can stop hiding now', but it quickly becomes reality again," LaVance Hill-Wooten, Gipson's mother, said.

Despite Gipson missing for more than a year, Hill-Wooten hasn't forgotten about her son. The family has held numerous gatherings, community searches and trips to Jacksonville Police Department.

"[I will] continue to speak life over my kid until the Lord tells me 'he's with me'," said Hill-Wooten.

The Gabby Petito case has Gipson's mother wondering when her son is coming back to her. She believes if her son received the same attention as Petito, Gipson would be home -- but not just her son.

"There are so many kids that are missing all over the world, half of them don't have a lead," Hill-Wooten said. "Then this case happens and people are hiking. God rest her soul, but if my son would've received the same attention, my son would be home."

Gipson's mother says trial for the four suspects charged with aggravated kidnapping of Gipson begins Jan. 2022. The location of Gipson is still unknown.

Jacksonville police say they are actively investigating the case with the Texas Rangers and are open to working alongside any law enforcement to get answers.