The odds of having sextuplets are estimated at one in 4.7 billion. 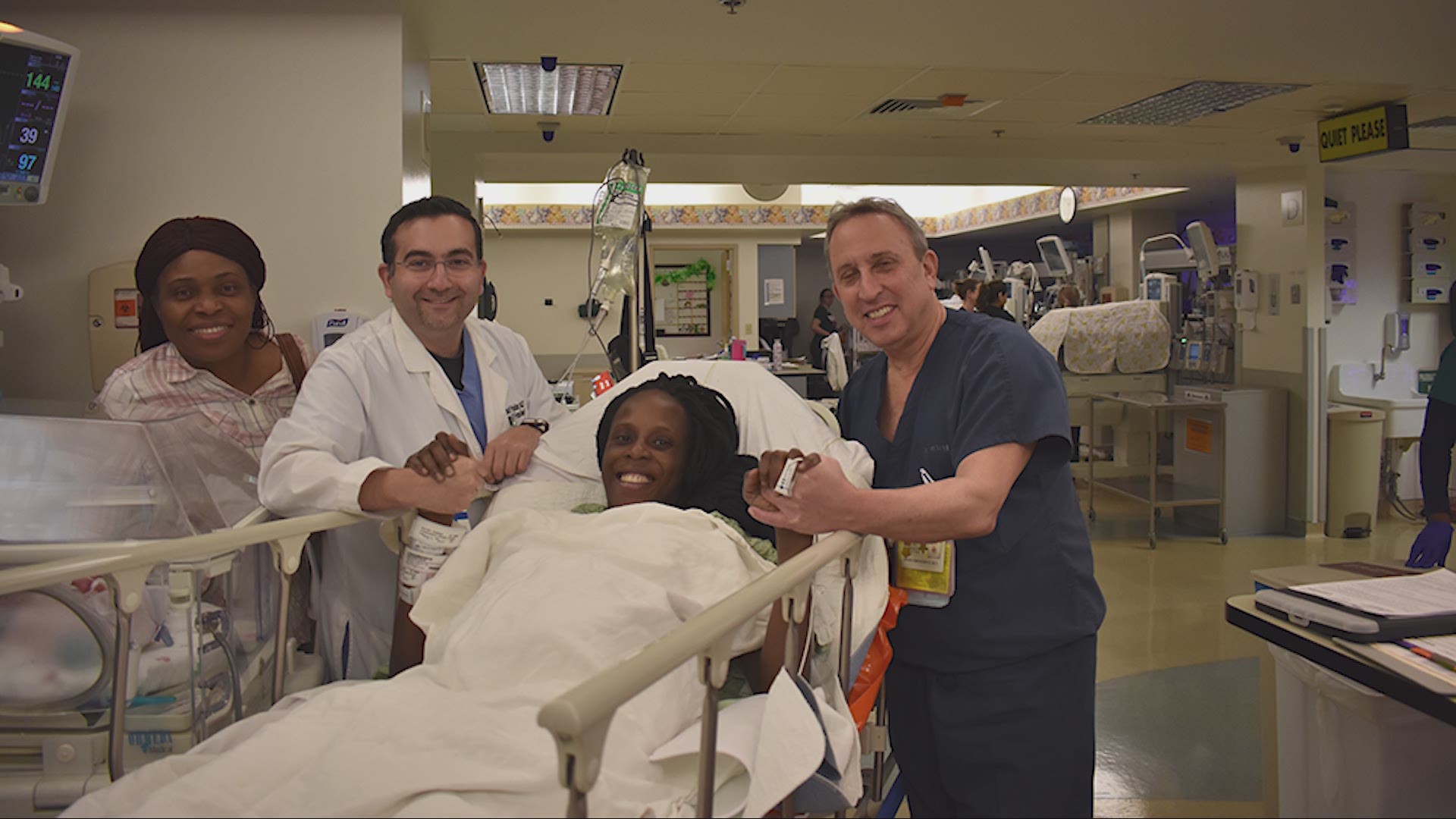 HOUSTON — A woman gave birth to six babies at the Woman's Hospital of Texas on Friday morning, the hospital announced in a statement.

The babies were born at weights ranging from one pound, 12 ounces to two pounds, 14 ounces. They are in stable condition are receiving care at the hospital's advanced neonatal intensive care unit.

As of 10:30 a.m., mother Thelma Chiaka had named her daughters Zina and Zuriel.

The odds of having sextuplets are estimated at one in 4.7 billion. So this is rare, even for Woman's Hospital of Texas, which delivers more babies than any other Texas hospital.