Since Feb. 14, the City of Tyler has issued 249 permits for plumbing, electrical, roofing and other repairs. 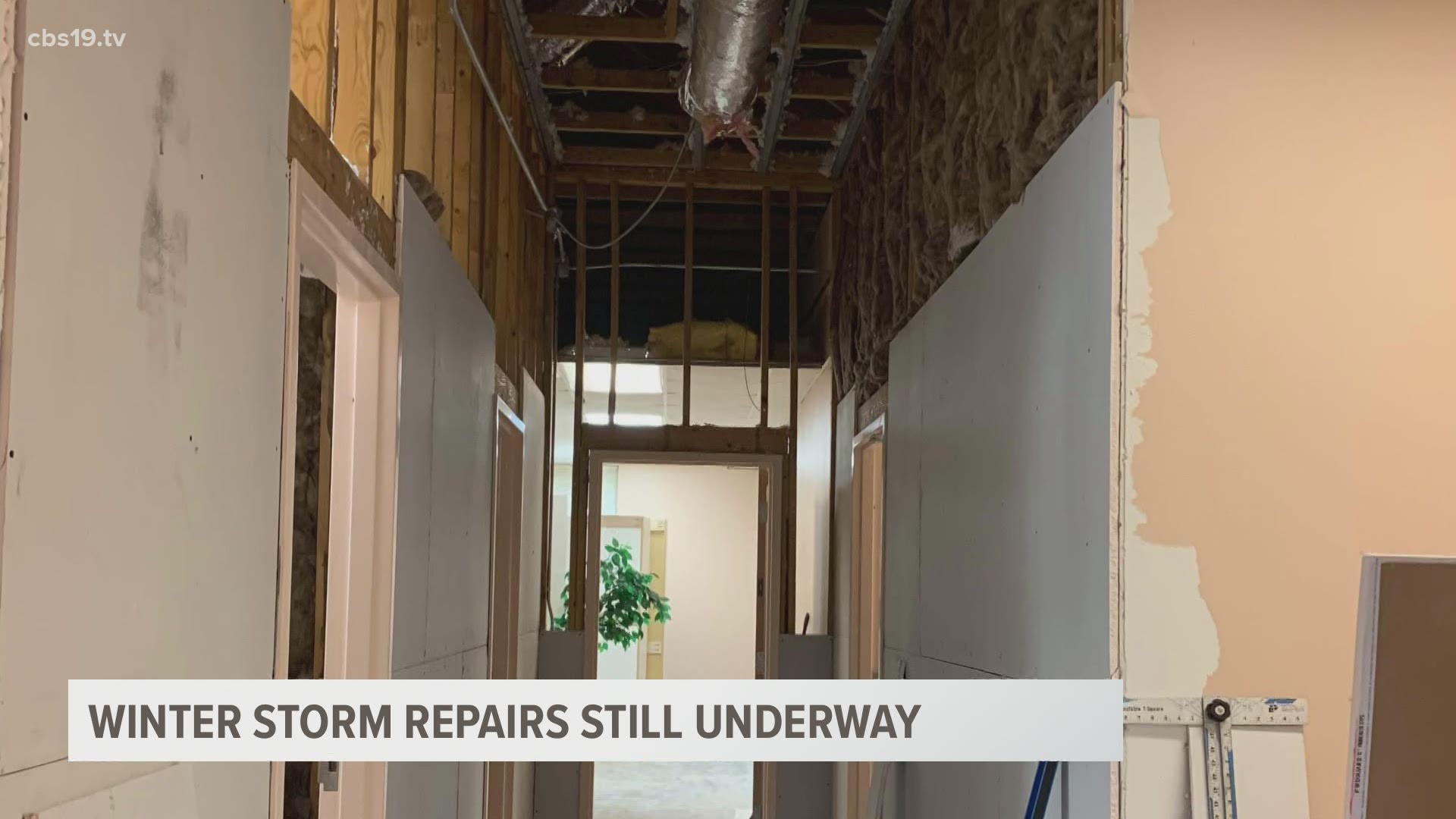 Since Feb. 14, the City of Tyler has issued 249 permits for plumbing, electrical, roofing and other repairs. Officials with the city said they did not keep track of how many permits were related to the storm, but staff in the permit office had prepared for an influx of requests once the snow and ice melted.

Tyler had 111 water main breaks from the storm itself, which were all fixed by March 9.

Jordan Cagle with Stonewater Roofing said despite nearly two months passing by, calls are still coming in for damages from February.

"Damage to the roofing systems, some siding, a lot of fences were down, pool equipment from the freeze has been frozen up and people are just starting to really realize the repercussions of that and what needs to be done," he explained. "A lot of the carriers are kind of backed up, so it's taking a little bit longer than normal to assess these claims."

The East Texas Crisis Center experienced significant damages to its buildings from the snow and ice. Lana Peacock the executive director said both of the nonprofit's building were impacted with the roof in the administration building collapsing.

"Our larger building is where emergency shelter is and most of the damage was up in the attics," said Peacock. "It was the pipes, and pipes not just bursting, but a lot of the pipes had little tiny hairline breaks in them and they were harder to find."

Peacock said plumbers fixed the shelter's water issue and repairs are underway to re-open the shelter. In the meantime, the nonprofit has partnered with other community organizations to find safe options for those escaping abusive relationships in the meantime.

"I'm trying to be very realistic, but I'm hoping for mid-May that we open our shelter," she said.

With more severe weather to come this year, Cagle has some tips for people concerned about damages.

He recommends having your roof inspected before a storm to potentially prevent damages during one. He also said if someone can safely take a picture of a storm's path/pattern, it can potentially help contractors with identifying repairs.