"Restaurants have always had to deal with a lot of ups and downs, but we're survivors," said one restaurant owner. 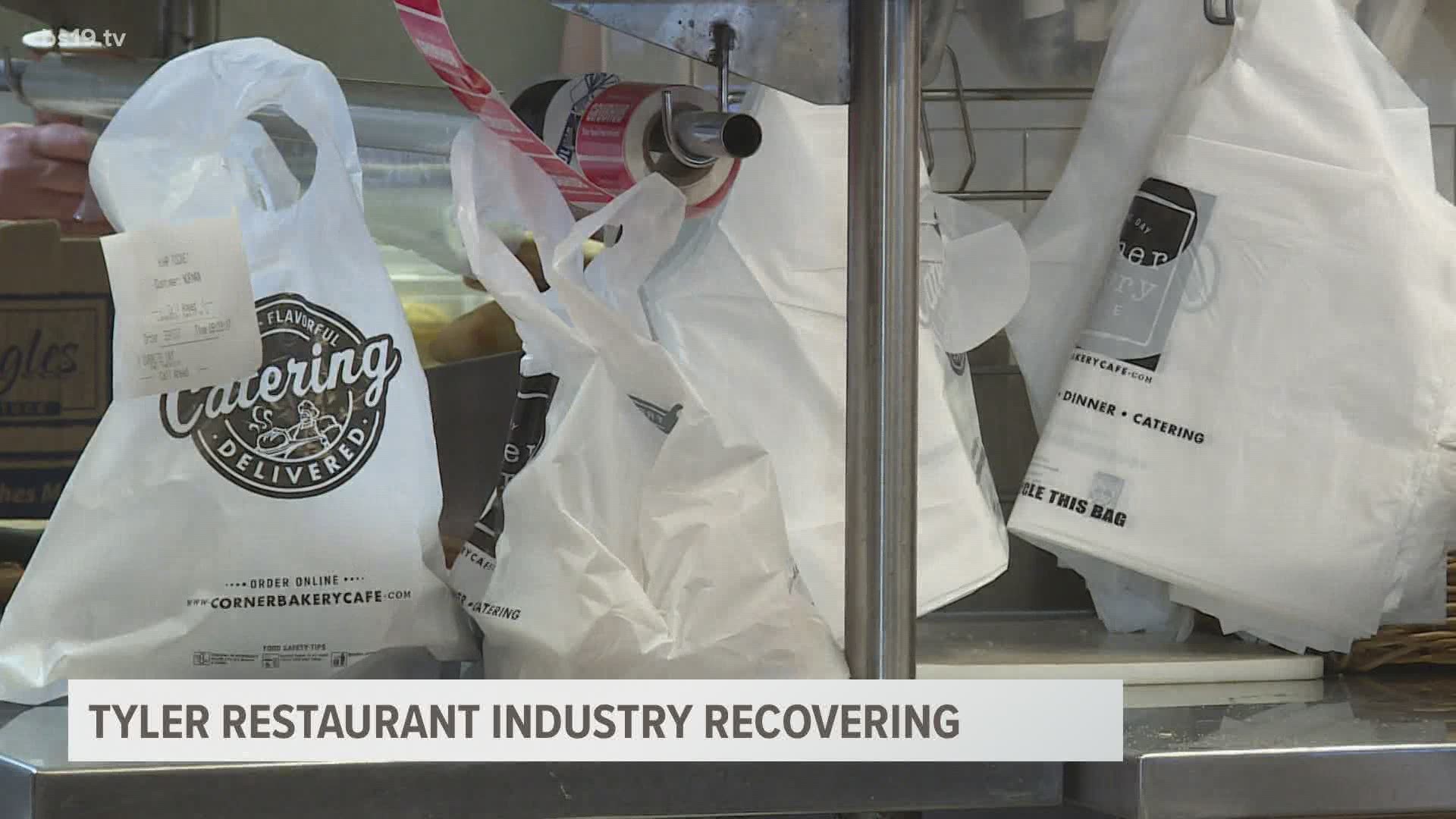 TYLER, Texas — When Governor Greg Abbott announced in March businesses would be allowed to reopen to 100% by March 10, Robert Owens, the owner of Traditions and Corner Bakery in Tyler, had mixed feelings after a rollercoaster year.

However, he explained it didn't take long for him to be thankful for the decision as crowds returned to dining at his establishments.

"It started the week before Easter, Easter was phenomenal, I mean I was floating on air so excited to see us back to what we did (previous years)," said Owens. "Probably beat 2019, I haven't looked."

The City of Tyler has a variety of food options, and Owens credits his success during quarantine and the following months with restrictions to his drive-thru at Traditions and third party delivery.

Scott Martinez, CEO/President of the Tyler Economic Development Council, said many Tyler restaurants were able to adapt through offering delivery, curbside pickup and/or a drive-thru. He said many restaurants were resilient though and the local economy is doing much better than compared to last year.

"We're close to full recovery at this point, you know, we can see the light," said Martinez. "When you see restaurants close, invariably, you see another one opening up in that space. Restaurant space doesn't stay open very long in Tyler."

With people filling the dining rooms once more, Roberts said now the issue has become finding staff. He said he's lucky to have maintained most of his long-time workers, but he knows it will be a lingering challenge for many.

"Restaurants have always had to deal with a lot of ups and downs, but we're survivors," Owens said.

Martinez said there aren't many industries in Tyler that aren't looking for employees at this time though, and that as unemployment and stimulus money run out, the workforce could return in the following months.