Homeless advocates are calling on local churches and community members to open their hearts and to help their homeless neighbors get off the streets. 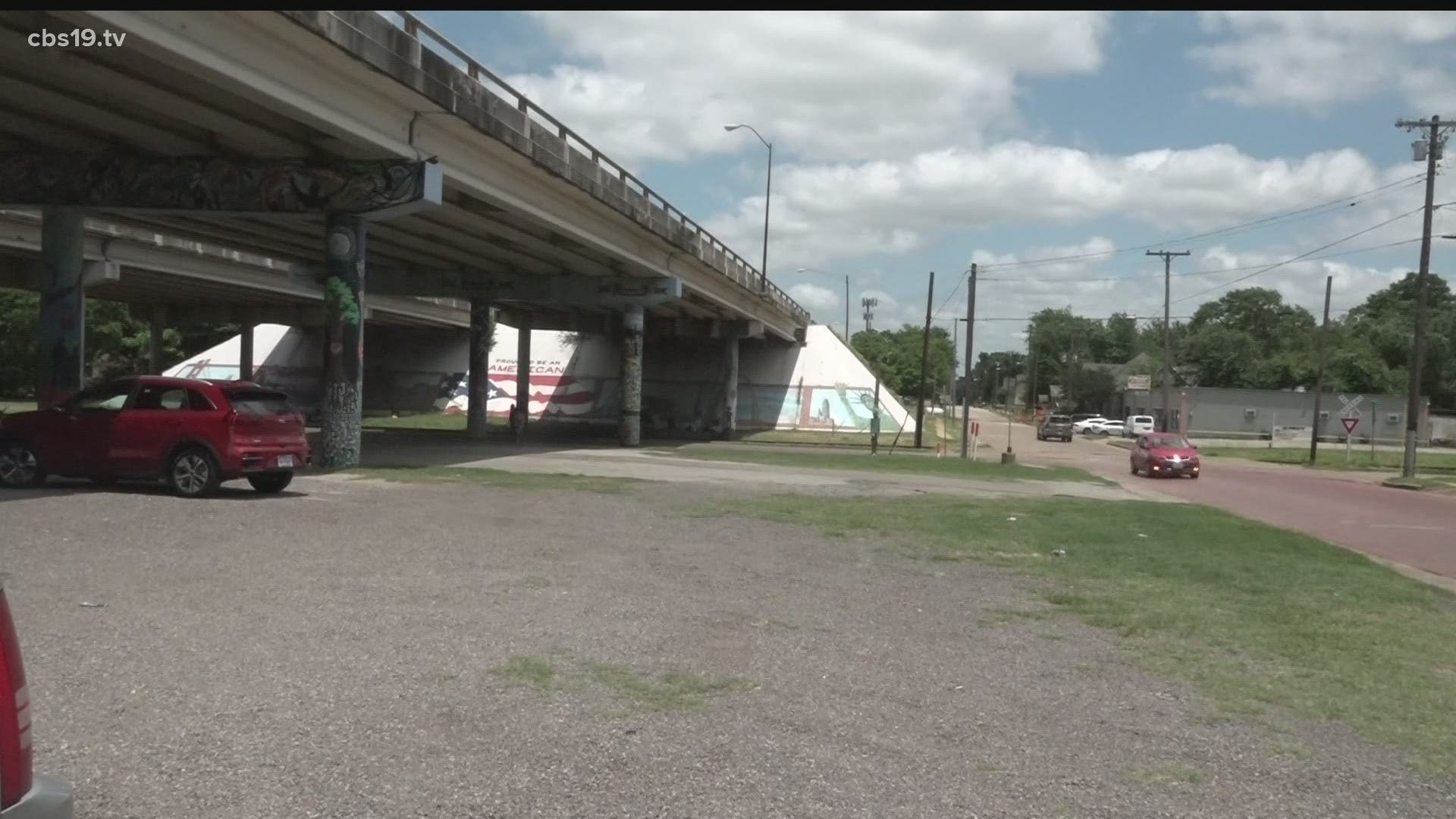 TYLER, Texas — In East Texas there are nearly 200 people who are homeless, according to a 2021 report conducted by the East Texas Human Needs Network.

In Tyler, you can find many of them camping out under the bridge on Valentine St.

The Tyler Street Team needs volunteers to help get them off the streets before a new law comes into effect in September. Senate Bill 1925 could make camping in public illegal.

Those living under the bridge in Tyler say they have nowhere else to go because they have been kicked out of the available facilities, like the Salvation Army, or others saying they are afraid to live in communal housing because of trauma they have experienced in the past.

They feel this new potential law is an infringement on their basic civil rights.

Landers has been living under the bridge for two weeks, he said he feels there aren't enough resources allocated to help the homeless in Smith County.

Senate Bill 1925 would make it illegal for homeless Texans to camp out in public spaces, if signed this would be an issue come this fall.

"People living under a bridge is not ideal but its all that we have right now, said Callynth Finney, organizer of the Tyler Street Team, a group of volunteers that helps the homeless in the city of Tyler.

"Housing alone will not solve the problem but community will and our hope is that we will be able to create a community where we can all live together," she said.

Finney is working to come up with a solution before September.

"There's got to be a better solution to get them into shelters, into transitional housing, and to get them the assistance that will help them get out from under the bridge," Tyler Police Chief Jimmy Toler said.

Toler and Finney worked out a temporary agreement to let the homeless continue to take shelter under the bridge as Finney and her team come up with a better solution.

"What does that look like, people are asking, and it looks like just being a friend, they are gonna be best helped through relationship for somebody not giving up on them,"

Finney is working to contact local church leaders to get community members interested in helping their homeless neighbors. To help you can become a volunteer on their website.