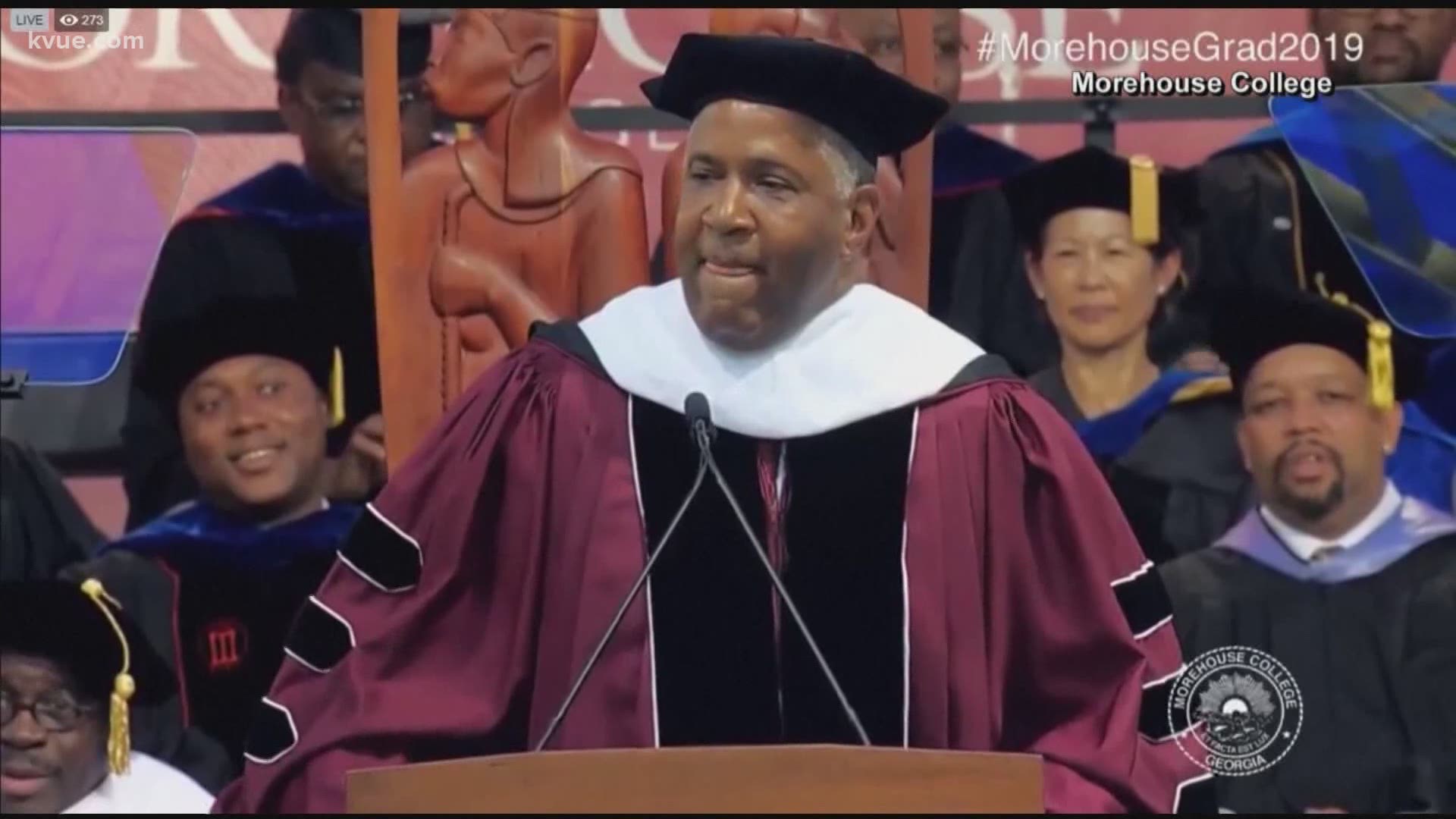 AUSTIN, Texas — Austin billionaire Robert F. Smith, the founder of Vista Equity Partners, is under investigation by the U.S. Justice Department and the Internal Revenue Service (IRS) regarding possible tax crimes, according to a report from Bloomberg.

Bloomberg reported that federal authorities are looking into whether Smith failed to pay U.S. taxes on about $200 million in assets that moved through offshore structures, according to four sources who are familiar with the alleged investigation.

Smith has not been charged, and prosecutors may conclude he owes no taxes on those assets, according to the Bloomberg report.

In 2019, Smith notably gave a $34 million philanthropic gift to pay off the student debt for the 2019 class of Atlanta-based Morehouse College.

Two of Bloomberg's sources claim that the alleged investigation "hinges largely on whether Smith was actually the beneficial owner of Caribbean entities that received proceeds from his company’s first private equity fund." The Bloomberg report claims that a portion of the proceeds flowed through offshore entities into a U.S. charitable foundation where Smith is president and founding director.

Smith is reportedly attempting to avoid criminal charges from the Justice Department and resolve the case with a civil settlement, according to three of Bloomberg's four anonymous sources.

Smith's net worth, according to Forbes, is $5.2 billion. Smith founded Vista Equity Partners in 2000.

Hurricane supply list: What you'll need if a storm hits the Gulf Coast