During the airport board meeting Thursday, they said they should see 80 to 85 percent of traffic they saw during the pre-pandemic summer 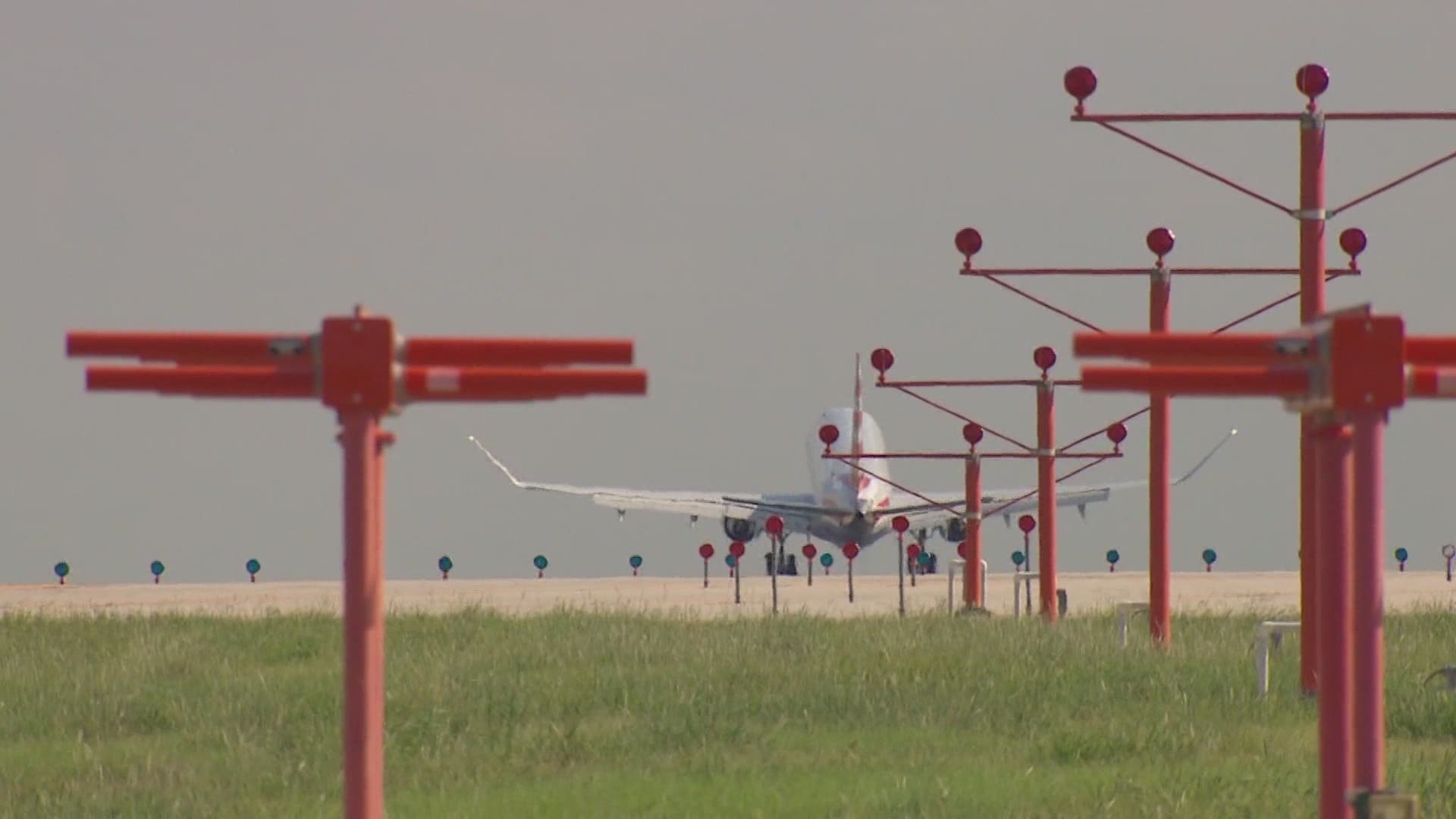 FORT WORTH, Texas — It's been a bumpy ride for the air travel industry these past 13 months, and no one knows that better than Southlake-based travel agent and industry analyst Steve Cosgrove.

"A year ago I'd go to the airport because I had a store there," Cosgrove said. "I could drive from the toll booth to terminal C and not see a single car."

But the scenery during his daily trips to the airport has changed, especially in recent weeks, he said.

"You get into the terminal and there's a lot of people around every gate," Cosgrove said.

Air travel is returning. At Thursday's DFW Airport Board Meeting, they said they expect this summer's numbers to be 80 to 85% of what they were in summer 2019. Last week, the airport saw more than 170,000 travelers in a day; last April, for comparison, it was as low as 10,000.

"It says people are ready to get out of the house and they want to travel again," said Ken Jenkins, who has decades of experience working with the airlines, and now runs a crisis response firm.

Another development Thursday: DFW Airport is now offering retirement incentives for employees with at least 12 years of service and are at least 55 years old. The incentives will be offered until June 1. The move is partially to align the airport's workforce with "post-COVID industry conditions," an airport document said.

"I look at that as a normal operational aspect of business, pandemic or no pandemic," Jenkins said about the retirement incentives.

Cosgrove said his bookings are picking back up-- way up. He said he believes vaccines are a driving force.

"The planes are full, especially here at DFW. It almost looks like it did before the pandemic hit," he said.