A special program that adds extra weeks of unemployment payments has been suspended now that the unemployment rate in Texas has recovered some. 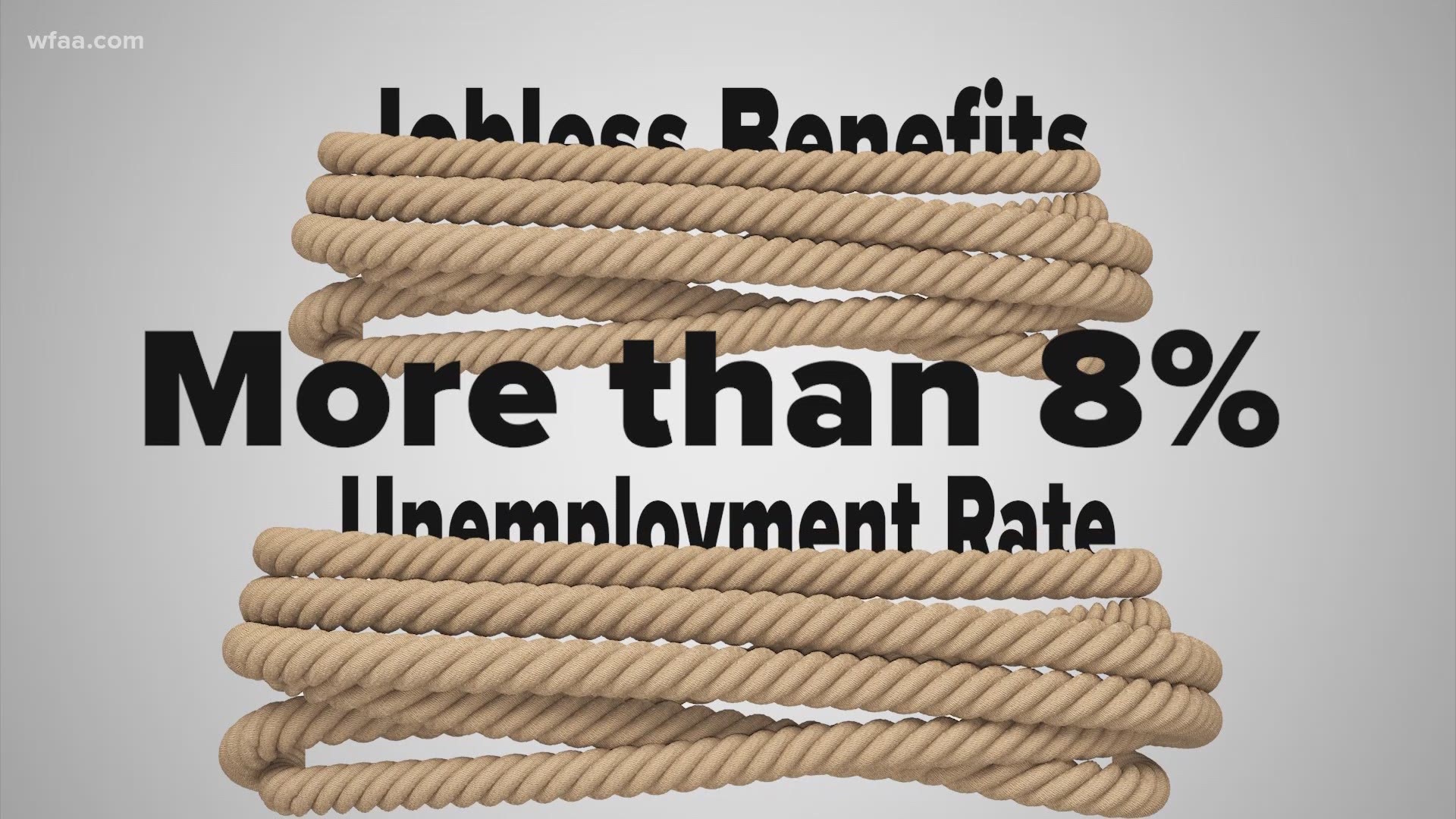 Many Texas businesses this week went from 50% to 75% capacity, as Gov. Greg Abbott continues to reopen the economy in steps. But so far, the latest expansion isn't significantly driving down unemployment claims, which dipped just slightly from 49,386 a week ago to 47,497 now.

RELATED: What's the unemployment rate in Dallas? Researchers say it depends on the wage bracket you're in.

The latest claims were compiled just before the economy reopened to a greater degree, so a lot of attention will be on next week’s unemployment numbers to see if they make more of a move in the right direction.

A chunk of unemployment benefits in Texas is going away

Some jobless benefits in Texas are directly tied to the unemployment rate. They're called High Unemployment Period (HUP) payments. When more than 8% of Texans are out of work, which happened recently, the state adds seven more weeks of benefits.

RELATED: Texas will pay for you to get job training

A pandemic dilemma: How to talk to your boss about anxiety or depression

A Wall Street Journal article asks: Is It OK to Reveal Your Anxiety or Depression to Your Boss?

That’s a good question, because the WSJ reports nearly 41% of adults have had symptoms of anxiety or depression during the pandemic, and that is far more than usual. One takeaway in the piece is a portion where they ask how you go about reaching out to discuss these issues.

RELATED: Dak Prescott 'will inspire many to get help,' says man whose son died by suicide

An expert in the article suggests people consider whether their manager has talked about their own mental health or has ever been vulnerable about other aspects of life, because that could be a sign of empathy. If the answer is no, the expert quoted in the WSJ piece suggests that it might be best instead to start with human resources.

The expert, with Mind Share Partners, also suggests that employees reporting mental health issues to an employer go in with solutions in mind. But how much do you share? The report advises "When in doubt, keep it vague—but don’t lie."

More about mental health in the workplace can be found in this Harvard Business Review article.