A six-month Defenders investigation looked at how the industry is changing the landscape, how communities are fighting back and what lawmakers could do to help. 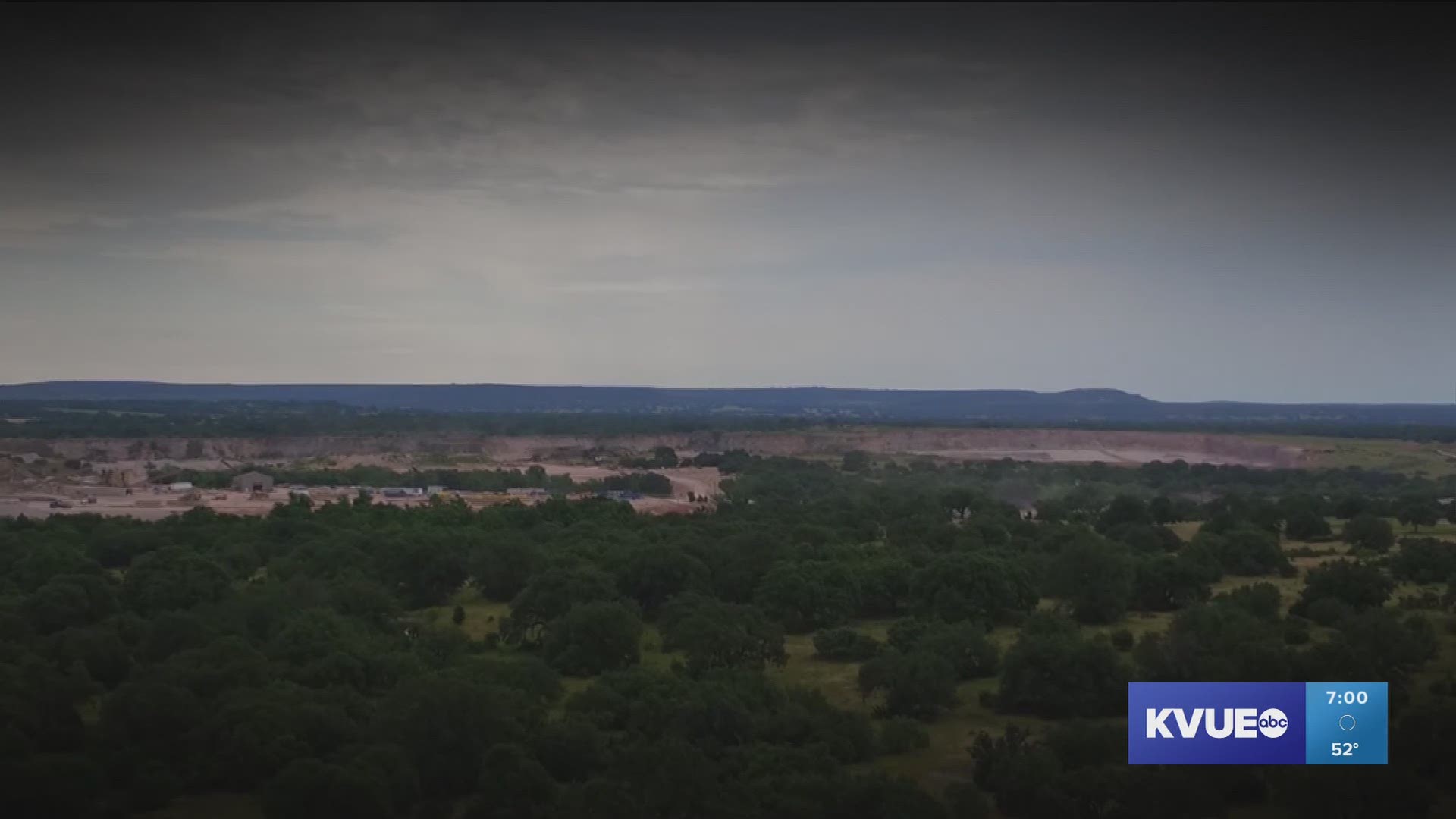 AUSTIN, Texas — In recent years, some Hill Country residents have said that the area's beauty is being overrun by the booming rock mining industry.

For six months, the KVUE Defenders – in partnership with the Austin American-Statesman and as part of the Boomtown 2040 series – investigated the industry and found that, in many ways, its growth is outpacing state regulation.

In Part 1 of the "Left in the Dust" series, KVUE and Statesman reporter Tony Plohetski examined the growth of the rock mining industry and dug into how it is turning the Hill Country's once-pristine cattle ranches into industrial zones.

In Part 2, Tony spoke to residents of Hill Country communities about how they've fought back against the industry, sometimes turning to unusually aggressive options.

For example, the community of Double Horn off Highway 71 in Burnet County turned to incorporation to try to stop a rock quarry set to be built between two subdivisions. That decision has led to a legal battle with the Texas Attorney General’s Office.

And Double Horn isn't alone. The City of Marble Falls and several other plaintiffs have filed a lawsuit with the Texas Commission on Environmental Quality (TCEQ), saying that the TCEQ too freely grants air quality permits that they say allow quarries to easily go into operation.

In the final part of Left in the Dust, Tony looked at what the State of Texas could do to better regulate rock quarries – and if lawmakers are likely to go through with any of it.

Some people Tony spoke to said the industry is already tightly regulated and safely operated, so there's no need for further oversight. Others pointed to campaign contributions from rock mining companies as the reason why lawmakers have not adopted more laws that neighboring communities have sought.