A passenger was taken to a local hospital with non life-threatening injuries. 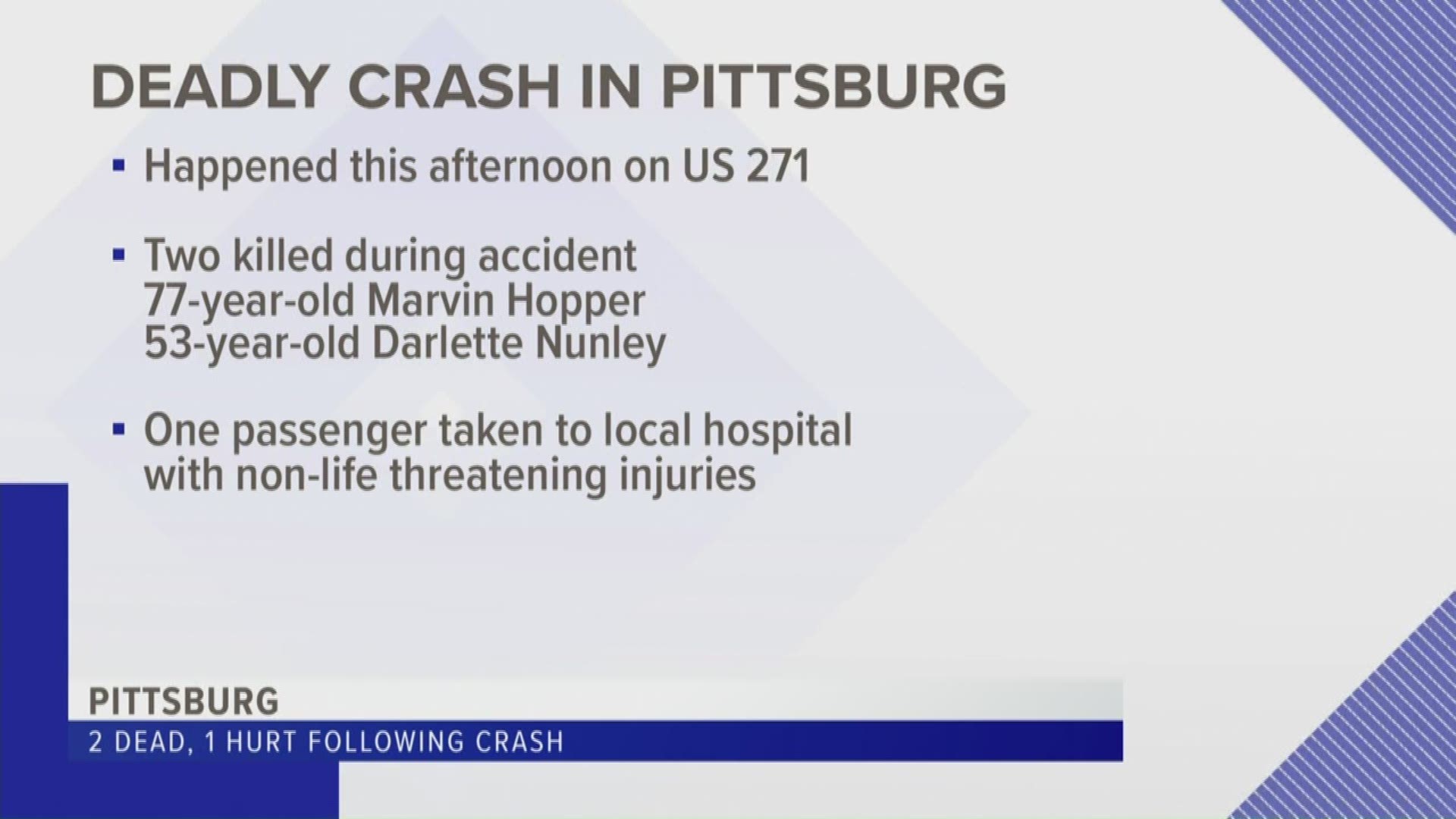 PITTSBURG, Texas — Two people were killed and one injured in a two-vehicle accident in Pittsburg Tuesday afternoon.

According to the Pittsburg Police Department, 77-year-old Marvin Hopper, of Pittsburg, and a passenger were traveling south on US 271 when his vehicle crossed over into the northbound lane striking another vehicle driven by 53-year-old Darlette Nunley, of Pittsburg.

Both Hooper and Nunley were killed in the accident.

The passenger in Hooper’s vehicle was taken to a local hospital with non life-threatening injuries.